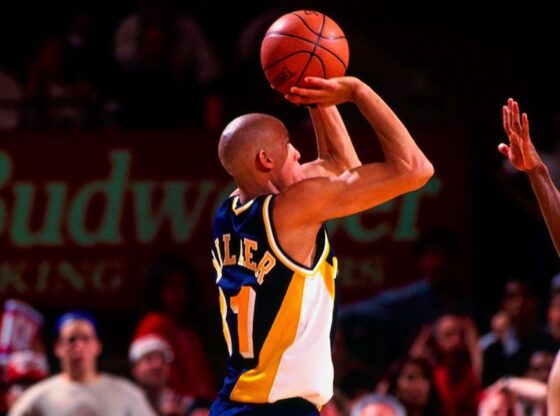 To many, “Miller Time” represents unwinding at the end of the day to relax with a cold beverage. For fans of the Indiana Pacers, it is the point in a basketball game when Reginald Wayne Miller takes control.

Born in Riverside, California on this date in 1965, he was one of five children in an athletic family. His brother Darrell is a former catcher for the California Angels, sister Tammy played volleyball at Cal State Fullerton and older sister Cheryl is a women’s basketball Hall of Famer and Olympic gold medal winner. Miller was born with hip deformities and had to wear corrective braces on both legs for the first five years of his life, eventually gaining the strength to walk correctly. He attended Riverside Polytechnic High School and earned a basketball scholarship to UCLA upon graduation in 1983. He helped the Bruins to the NIT championship in his sophomore year and the Pac-10 title as a senior, a season in which he scored 33 points in the second half of a game against defending national champion Louisville, still a school record. Miller was named All Pac-10 following his junior and senior seasons and ended his career tied for 3rd place on the Bruins’ all-time scoring list.

The 6’7” shooting guard was selected by the Indiana Pacers with the 11th pick of the 1987 NBA Draft. He was a backup until 1992 when Chuck Person was traded, making Miller the Pacers’ chief scorer. He set a franchise record for most points scored in a game that year when he poured in 57 in a win over Charlotte. Miller gained national attention in the 1994 Eastern Conference Finals against the Knicks in Game 5 when he scored 39 points [25 in the fourth quarter] in a 93-86 win at Madison Square Garden. He engaged in a back-and-forth discussion with Knicks fan Spike Lee, who was seated courtside, during that game but the Knicks went on to win the series in seven games. The Pacers faced the Knicks in the playoffs again the following season and Miller cemented his legend in Game 1, scoring eight points in 8.9 seconds for a stunning 107-105 victory. Indiana returned to the Eastern Conference Finals for the fifth time in seven years in 2000 and finally broke through, earning the franchises’ first and only trip to the NBA Finals. Miller averaged just over 24 points for the series but the Los Angeles Lakers prevailed, 4 games to 2. In 2002, Indiana faced the top-seeded New Jersey Nets in the deciding game of the first round of the playoffs. Miller banked a 40 foot three point shot at the buzzer to send the game into overtime, then drove the lane in the final seconds and dunked over three Net defenders to send the game into double overtime before ultimately losing, 120-109. The performance added to Miller’s legacy as a clutch player.

Reggie Miller retired in 1995 as the Indiana Pacers’ all-time leading scorer. He was a five-time NBA All-Star and won a gold medal as a member of the USA men’s basketball team at the 1996 Olympics. He was voted USA Basketball Male Athlete of the Year in 2002 and had his # 31 retired by UCLA in 2013. The “Knick Killer” is considered one of the greatest shooters in NBA history. Only Ray Allen [Daily Dose, August 20] has made more three point shots in his career and only John Stockton has played more seasons [19] with a single franchise than Reggie Miller [18]. 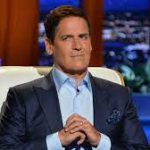