Quest for the Cup 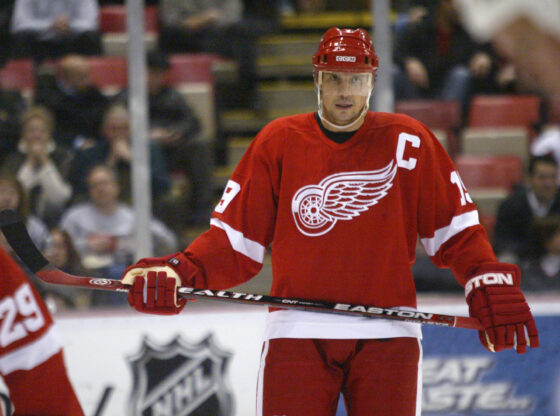 O Captain!  My captain!  Our intended trip’s not done,

The team has survived another round but the Cup is not yet won,

The Finals are near, the goal horns I hear, the fans all exulting,

While playoff beards remain untrimmed, we care only how our goaltender’s faring;

A puck to the mouth! High stick to the face!

O the bleeding drops of red,

Where on the ice, my front teeth lie,

The endless shifts — our legs are lead.

Rise up — like Bobby Orr on Mother’s Day – then in the handshake line we’ll hug,

O’re long road trips and sleepless nights for a title we are yearning,

For you they call, the sold-out crowd, their nervous stomachs churning;

It is our dream that on the ice,

You’ll be first to hoist the Cup above your head.

My captain does not waiver; he plays both ends of the ice,

He wears the “C” on his sweater, for him we’ll pay any price,

The Cup’s within our grasp right now and when this season’s done,

We’ll drink from it and travel about cherishing what we’ve won,

Unleash a one-timer to light the lamp,

From a tape-to-tape pass I fed,

We’ll take the Stanley Cup from your hands with pride,

Then parade about the rink all night and never go to bed.