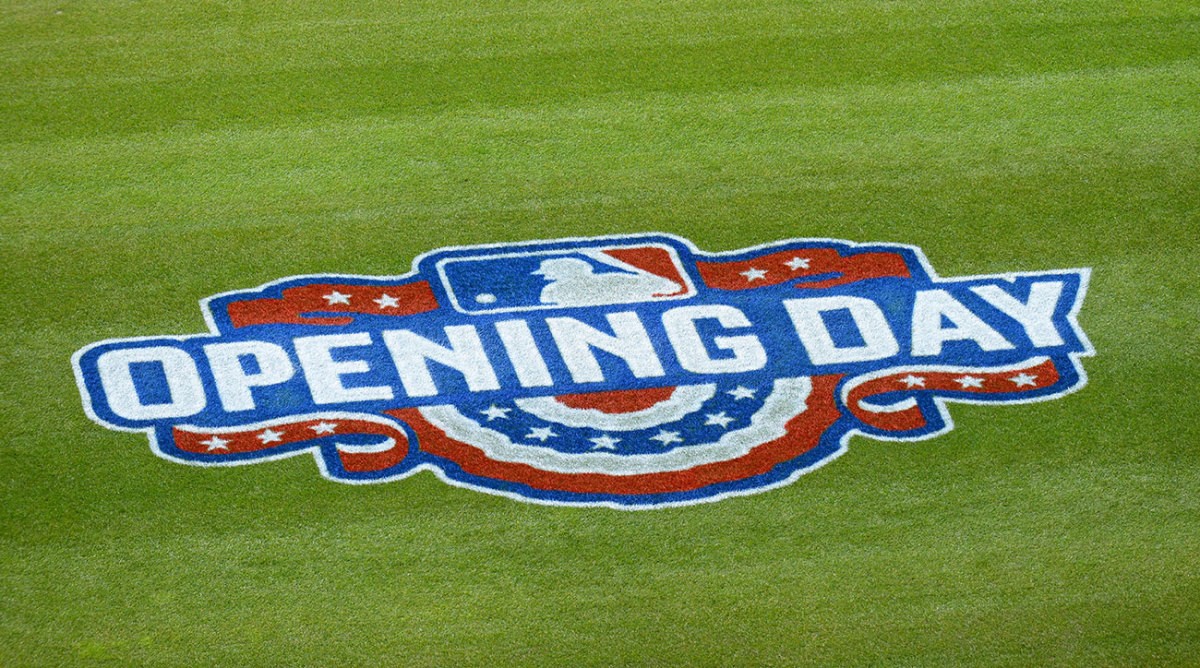 A holy day in the hearts, minds and souls of baseball fans everywhere, Opening Day is springtime, a rebirth, a fresh beginning when all teams are tied for first.  [This idea is welcomed by Orioles fans.  Last season, Baltimore had a MLB-worst 47-115 record, posting a .290 winning percentage while finishing 61 games back of Boston].

There is no sports event like Opening Day of baseball, the sense of beating back the forces and the National Football League.

Opening Day is a state of mind.  Recognized by fans throughout the country as an unofficial holiday, the first game of the baseball season – typically played in the afternoon — provides good reason to call in sick.

In 14 Opening Day starts, Walter Johnson threw a record-nine shutouts.  The Big Train had a career Opening Day record of 9-5.

“A home opener is always exciting, no matter if it’s home or on the road.” – Yogi Berra.

The New York Giants forfeited their 1907 home opener at the Polo Grounds to the Philadelphia Phillies, 9-0.  Rowdy New Yorkers made and threw snowballs and police were unable to restore order, forcing umpire Bill Klem to award the game to the Phillies.

Three players have had three-homer games on Opening Day.  George Bell did it for the Toronto Blue Jays in 1988.  On Opening Day six years later, Chicago Cubs outfielder Tuffy Rhodes went 4-for-4 and hit three homers off Dwight Gooden.  Dmitri Young was the last to do it.  In 2005, the Tigers slugger opened the season with three home runs at Detroit’s Comerica Park.

Tom Seaver was terrific on Opening Day, taking the mound on the first day of the season a record 16 times during his Hall of Fame career.

“You always get a special kick on Opening Day, no matter how many you go through.  You look forward to it like a birthday party when you’re a kid.  You think something wonderful is going to happen.”  — Joe DiMaggio.

In 1940, Cleveland Indians right-hander Bob Feller threw a no-hitter to open the season against the Chicago White Sox.  It was the first of three career no-hitters for Rapid Robert and remains the only no-no in Opening Day history.

Ted Williams loved Opening Day.  Over the course of his career, the Splendid Splinter hit .449 on the first day of the season, with three home runs and 14 RBI.  Teddy Ballgame also collected at least one hit in every opener he appeared in.

The St. Louis Cardinals were the first team to open their season with a night game.  In 1950, the Redbirds beat the visiting Pittsburgh Pirates 4-2 at Sportsman’s Park.

“An opener is not like any other game.  There’s that little extra excitement, a faster beating of the heart.  You know that when you win that first one, you can’t lose ‘em all.” – Early Wynn.

Greg Maddux was a sure thing with a perfect 6-0 record in seven career Opening Day starts.

The longest opener in history came in 2012, when the Toronto Blue Jays scored three runs in the top of the 16th inning to down the Indians 7-4 at Progressive Field in Cleveland.

In the beginning, there was no baseball.  But ever since, there have been few beginnings as good as the start of a new baseball season.

Today marks the earliest Opening Day in history.  For the second consecutive year, all 30 major league teams are scheduled to play today.  The 15 games include ten divisional matchups.  The Texas Rangers host the Chicago Cubs in today’s lone interleague contest.