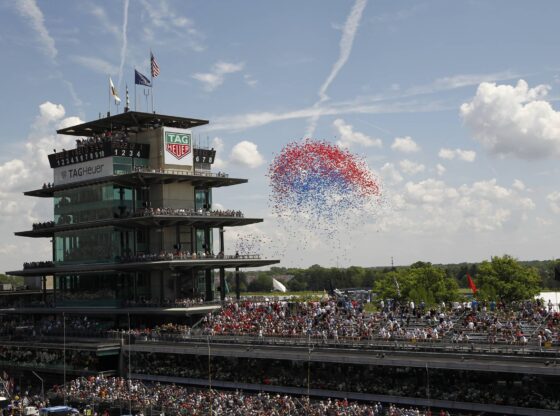 For Julie Andrews in The Sound of Music, it was raindrops on roses and whiskers on kittens.  At the Daily Dose, these are a few of our favorite things.

The basketball the ABA used was sensational.

The cannon that signals the finish of a yacht race.  A real cannon.

The uniform worn by the Athletics when they played in Kansas City.

The team that sings their alma mater second has just won the Army – Navy game, one of the best scenes in sports.

The cowboy who wins the All-Around rodeo title earns this handsome buckle.

Every hockey player wants to score a goal and light the lamp.  If it’s a home game, the crowd goes wild.

The releasing of the balloons at the Indianapolis 500, simultaneous to the final notes of Back Home Again In Indiana, produces goosebumps.

Nothing tops a Punch Out – a called “Strike Three”– in baseball.