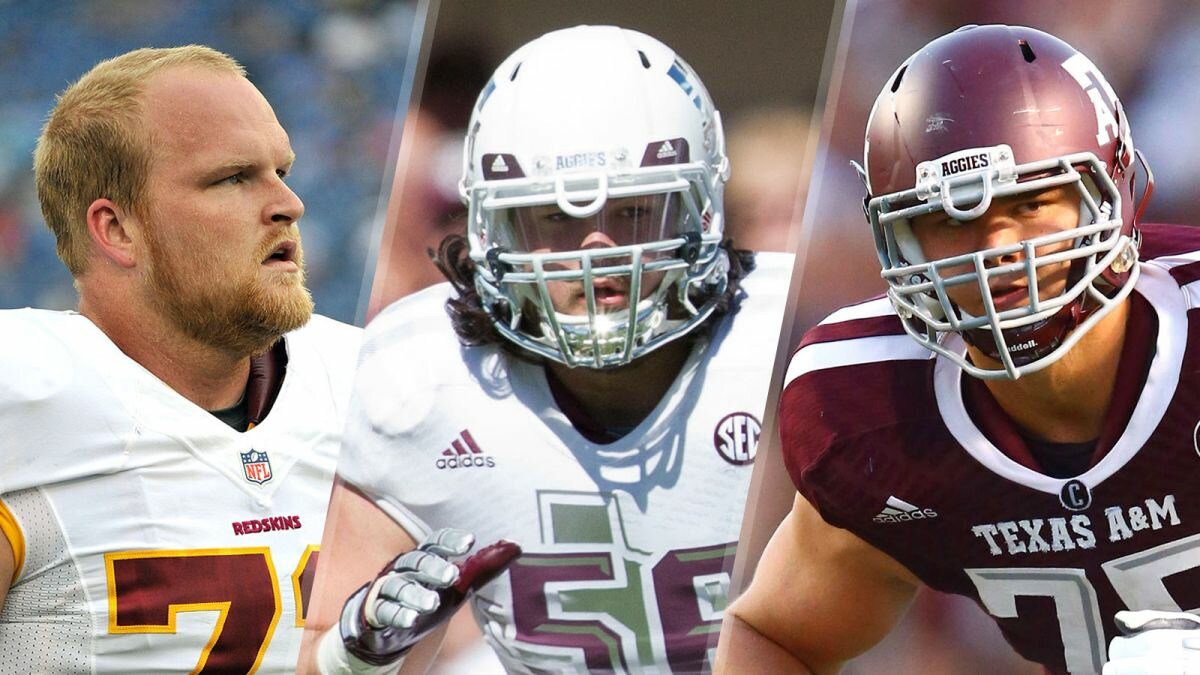 With all due respect to the Mannings, the Matthews’ are the first family of pro football.

William Clay “Poppa” Matthews Sr. was born in Charleston, South Carolina, in 1928.  His father, “Matty” Matthews, played minor league baseball before serving in World War I.  Matty later coached track, baseball and boxing at The Citadel.  A member of the Carolinas Boxing Hall of Fame, Matty taught the “Sweet Science” to his son Clay Sr. who became a Golden Gloves champion.  A strapping 6’3”, 219 pounds, Clay Sr. played offensive and defensive line at Georgia Tech before joining the San Francisco 49ers in 1950.  He played one season with the Niners before serving as a paratrooper in the Korean War.  Upon his return, Clay Sr. played three more years in San Francisco before embarking upon a business career, eventually becoming CEO of Bell & Howell, a Fortune 500 manufacturer of motion picture machinery.

Clay Matthews Jr. was born in Palo Alto, California, in 1956.  After starring at linebacker for USC, where he was elected to the school’s Athletics Hall of Fame, Clay Jr. was selected by the Cleveland Browns with the 12th pick of the 1978 NFL Draft.  In 19 seasons—16 with Cleveland and three with the Atlanta Falcons–he played in 278 games and made 1,561 tackles, third-most in NFL history.  Clay Jr. played in four Pro Bowls, made 16 interceptions, and recorded 70 sacks.  After retiring in 1996, he remains the oldest player [40 years, 282 days] in league history to record a sack.

Bruce Matthews was born in Raleigh, North Carolina, in August 1961.  He followed his older brother Clay Jr. to USC, where he played every offensive line position in route to winning the Morris Trophy as the best offensive lineman in the Pac-10 [now Pac-12] Conference.  After being named a first-team All-American his senior year, the Houston Oilers [now Tennessee Titans] took the 6’5”, 305-pound tackle with the ninth pick of the 1983 NFL Draft.  Bruce played 296 games in 19 seasons and went to 14 straight Pro Bowls, a record he shares with Merlin Olsen of the Los Angeles Rams.  Blocking for the great Earl Campbell [Daily Dose, 5/2/16], Matthews was named the league’s “Offensive Lineman of the Year” three times.  Bruce was one of the greatest offensive lineman the NFL has ever produced.  At the time of his retirement in 2001, he had played more games than anyone in pro football history.  Mr. Matthews played so long that Jeff Fisher, one of his former teammates, became his coach with the Titans.  Bruce joined Clay in the USC Hall of Fame and was named to the NFL 1990s All-Decade Team.  He was elected to the Pro Football Hall of Fame in 2007.

Clay Jr. has two sons that have played in the NFL.  Clay Matthews III was born in Los Angeles in May 1986.  He played football for Agoura Hills High School, where his father Clay Jr., served as defensive coordinator.  Because he was undersized, Junior did not start his son until his final year.  A later bloomer, Clay III honored the tradition started by his father and uncle and enrolled at USC, where he tried to make the team as a walk-on.  After two seasons, Matthews convinced USC head coach Pete Carroll to award him a scholarship.  Clay III was named Special Teams Player of the Year a school-record three times and was invited to the Senior Bowl, where he so impressed the Green Bay Packers they selected him in the first round of the 2009 NFL Draft.  Sporting long blond locks and boundless energy, Clay III has [along with Aaron Rodgers] become the face of the Packers franchise.  He was named 2010 NFL Defensive Player of the Year, has played in six Pro Bowls, and anchored the defense that won Super Bowl XLV.  Clay Jr and Clay III are the only father-son tandem to be named NFL Player of the Week.  Casey Matthews, Clay III’s younger brother, was born in 1989.  After winning a CIF Division III state football title at Oaks Christian High School in Westlake Village, California, he chose Oregon over Arizona State, Cal, and Georgia Tech.  An outside linebacker like his father, Casey had nine sacks, 245 tackles and four interceptions in 50 career games at Oregon.  After being named to the 2010 All-Pac-10 team, he was selected by the Philadelphia Eagles in the fourth round of the 2011 NFL Draft.  Casey has recorded 113 NFL tackles and is currently a free agent. Bruce Matthews has four football-playing sons.  Like their daddy, all are offensive lineman.  Kevin, born in 1987, played center at Texas A&M before signing with the Titans as an unrestricted free agent in 2010.  He later had stints with the Washington Redskins and Carolina Panthers, who placed him on injured reserve in August 2014.  Jake was born in February 1992.  A high school All-American, he followed Kevin to Texas A&M, where he was a two-time collegiate All-American.  At 6’5”, 309 pounds, Jake Matthews was selected by the Atlanta Falcons with the sixth pick of the 2014 NFL Draft.  Mike was an All-State center at Elkins High School outside Houston before enrolling at Texas A&M.  He was a three-year starter for the Aggies and signed with the Cleveland Browns as an unrestricted free agent for the 2016 season, becoming the eighth Matthews to play in the NFL.  The best of the bunch may be Luke, who is currently a junior at Elkins.  The 6’4”, 320-pound tackle has great feet [size 15] and a long reach, making him a prototypical NFL prospect.  Luke Matthews has already committed to Texas A&M, where he will enroll in the fall of 2018.

The Matthews’ are only the third family to land three generations in the NFL.  In 59 combined seasons, they have played over 800 NFL games and in 24 Pro Bowls.