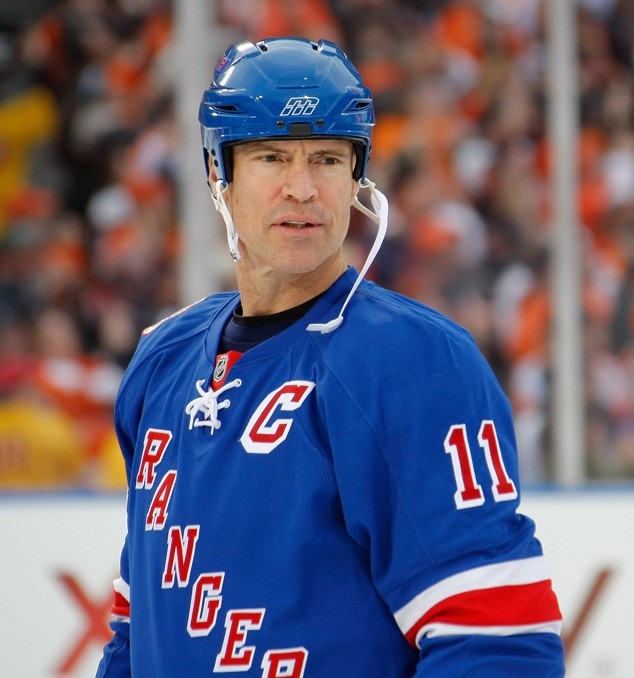 Born in Edmonton, Alberta on January 18, 1961, he got a chance at age 17 to play for the Indianapolis Racers of the World Hockey Association. That contract lasted 5 games and Messier was released just before the Racers folded. He finished the year with the Cincinnati Stingers in that same league before being selected by the Edmonton Oilers in 1979 NHL Entry Draft. He began as a left winger and registered his only 50 goal season in 1981-82 and made his first All Star team one year later but switched to centre for the 1984 playoffs and enjoyed spectacular results. The Oilers dethroned the four time defending champion New York Islanders in the Stanley Cup Finals that year and the 6’2”, 210 pound Messier was named MVP of the playoffs.

“The Moose” teamed with former Indianapolis Racer, Wayne Gretzky, to win three more Cups with the Oilers, in 1985, ’87, ’88 and a fourth without him in 1990, when he captained the Oilers and won the Hart Trophy as league MVP that season. He was traded to the New York Rangers in 1991.

In his first season with the Rangers, Messier won his second Hart Trophy and led the team to the best record in the NHL but they were beaten in the second round of the playoffs by Pittsburgh. They missed the playoffs for the first time in Messier’s career the next season and in 1993-94 again posted the best record in hockey. Messier scored a hat trick in Game 6 of the Eastern Conference Finals and the winning goal in Game 7 of the Stanley Cup Finals to give the Rangers their first world championship in 54 years. New York Mayor Rudy Giuliani dubbed him “Mr. June” and the New York media called him “The Messiah” for his post season heroics. Gretzky rejoined him with the Rangers for the 1996-97 season and the two led them to the Eastern Conference Finals, where they were eliminated by the Philadelphia Flyers. It would be the last playoff appearance for both.

Mr. Messier was traded to the Vancouver Canucks in 1997 but fans there never warmed to him and the team missed the playoffs during his three years there. He returned to the Rangers in 2000 and scored 67 points as a 40 year old. In 2003, he scored passed Gordie Howe for second place on the all time point scoring list, behind only Gretzky. He announced his retirement in 1995, eleven games shy of Howe’s record 1,767 regular season games played.

Mark Messier played 25 NHL seasons and holds the record for combined NHL regular season and post season games played at 1,992. He played in 15 NHL All Star games and is ranked number 12 on The Hockey News’ list of the 100 Greatest Hockey Players. The Rangers retired his # 11 sweater in 2006 and the Oilers in 2007. He was elected into the Hockey Hall of Fame in 2007. 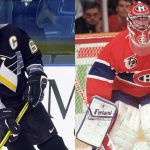 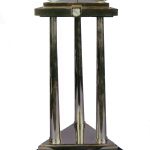 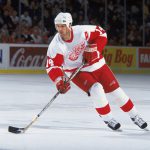