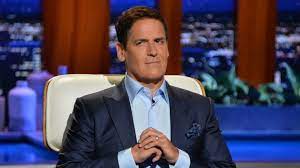 Mark Cuban is not your typical NBA owner.

A bombastic personality and unfiltered force of opinion, Cuban is a self-made billionaire.  With no experience, he immersed himself into the burgeoning information systems industry, founded and sold two companies, and became the zealous owner of the Dallas Mavericks.  Under Cuban’s direction, the Mavs have become one of the NBA’s model franchises.  A businessman, author, television personality and philanthropist, Mark Cuban is anything but boring.  He is the only NBA owner with his own blog.

Born on this date in 1958, Cuban grew up in the Pittsburgh suburb of Mount Lebanon, Pennsylvania, birthplace of former Chicago Bears offensive tackle Keith Van Horne.  His was a working-class Jewish family.  His father, Norton, worked as a car upholsterer and his mother, Shirley, frequently changed jobs.  Mark’s maternal grandfather emigrated from Russia through Ellis Island, where he changed the family name from Chabenisky to Cuban.  Once in America, he sold merchandise out of the back of a truck to support his family.  Always an entrepreneur, Cuban sold garbage bags at 12 in order to buy a pair of shoes he liked.  In high school, he sold stamps and coins.  At 16, he took advantage of a Pittsburgh Post-Gazette strike by running newspapers from Cleveland to Pittsburgh.  As a junior at Mount Lebanon High School, Cuban began taking psychology classes at the University of Pittsburgh.  He then skipped his senior year and enrolled at Pitt as a full-time student.

Following his freshman year at Pitt, Cuban transferred to Indiana University, where he enrolled – sight unseen – at the prestigious Kelley School of Business.  He chose Kelley because it had the least expensive tuition of all the business schools on the top ten list.  In his first year in Bloomington, the 18-year-old Cuban snuck into graduate school lectures to learn all he could about business.  Paying his own out-of-state tuition, Cuban began giving dance lessons to sorority girls for $ 25 an hour, which led to hosting disco parties at the Bloomington National Guard Armory.  He started his own chain letter and, as a senior, opened Motley’s, one of the most popular pubs on campus [Cuban remains the only undergraduate student in IU history to own his own bar].  In March 1981, while watching the Hoosiers dismantle top-seeded LSU in the NCAA basketball tournament national semifinals, Cuban had tee shirts printed proclaiming Indiana as national champions.  When IU thumped North Carolina in the final, he sold hundreds of the shirts on campus the following day.

After graduating IU in 1981, Cuban moved back to Pittsburgh and took a job with Mellon Bank.  Wanting to carve out a better life for himself, he moved to Dallas the following year.  Cuban and five roommates rented a three bedroom apartment, where he slept on the floor.  He landed a job selling personal computers and learned everything he could about the industry.  After borrowing $ 500 from a customer, Cuban launched Micro Solutions, a reseller of local-area network and connectivity products.  By 1990 the business was grossing $ 30 million a year and had 85 employees.  Later that year, Cuban sold Micro Solutions to CompuServe for $ 6 million.

A serial entrepreneur, Cuban has the Midas touch in business.  After the Micro Solutions sale, he traveled the world for five years.  In 1995, Cuban teamed with Indiana alum Todd Wagner to find a way to listen to IU basketball games via the internet.  They started Audionet, which soon became the popular Broadcast.com.  In three years, the company had 300-plus employees and went public.  Broadcast.com’s IPO opened at $ 18 a share and closed at $ 62.75, the largest one-day rise of a new offering in the history of the market.  In April 1999, Cuban and Wagner sold the company to Yahoo! for $ 5.6 billion.

Cuban bought the Dallas Mavericks from Ross Perot, Jr. for $ 285 million in 2000.  Like New England Patriots owner Robert Kraft, Cuban was a fan and season-ticket holder before taking ownership of his hometown team.  The Mavs were woeful when Cuban took over the team.  Coming off ten straight losing seasons, Dallas had not won a playoff game since 1988.  Cuban immediately changed the culture in Big D.  He pampered players with personalized high-tech lockers and plush towels, provided catered meals on the $ 46 million Boeing 757 team plane, and oversaw the construction of a new, state-of-the-art arena in downtown Dallas.  The new owner left no stone unturned as he worked tirelessly to improve the basketball product on the floor and the entertainment experience in the seats.

The Mavericks qualified for the playoffs in 2001, set a franchise record for wins in 2002, and made the NBA Finals in 2006.  Eleven years after buying the Mavs, Cuban delivered Dallas its first and only NBA title, when they downed LeBron James and the Miami Heat in the 2011 Finals, four games to two.

Brash and outspoken, Cuban is not out to make friends.  His singular focus is on improving processes and outcomes.  In 2002, Cuban attacked Ed Rush, former director of NBA officiating.  “He might have been a great ref, but I wouldn’t hire him to manage a Dairy Queen.”  The league fined the Mav’s owner an NBA-record $ 500,000 for his remarks and the Dairy Queen corporation invited Mr. Cuban to manage one of their stores for a day, which he accepted.  It proved to be one of the great publicity stunts in the history of American business.  Billionaire Warren Buffett, whose Berkshire Hathaway owns Dairy Queen, wrote Cuban a thank-you note.

Since Cuban bought the Dallas Mavericks in 2000, he has been levied nearly $ 2 million in fines by the NBA.  Each time the league fines him, the philanthropic billionaire matches the amount with a charitable donation.

Despite his vast wealth, innovative ideas and business acumen, Cuban has been unsuccessful in his attempts to buy a major league baseball franchise.  In 2005, he approached his hometown Pittsburgh Pirates, who were coming off their 13th consecutive losing season, and was told the team was “not for sale.”  Three years later, he tried to buy the Cubs but was rebuffed.  An avid baseball fan, Cuban attempted to purchase the Texas Rangers out of bankruptcy court in 2011, but was denied.  Never one to mince words, Cuban accused former MLB Commissioner Bud Selig of “running the league like the mafia.”

Married and a father of three, Mr. Cuban not content remaining idle.  He recently purchased the Landmark Theatres chain and Magnolia Pictures, launched HDNet [now AXS TV], and is the star of his own reality TV series, Shark Tank.  He competed on Dancing With The Stars in 2007 and has made cameos in Entourage, Billions, and The League.

“Sweat equity is the most valuable equity there is.  Know your business and industry better than anyone else in the world. Love what you do or don’t do it.”
— Mark Cuban 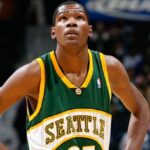