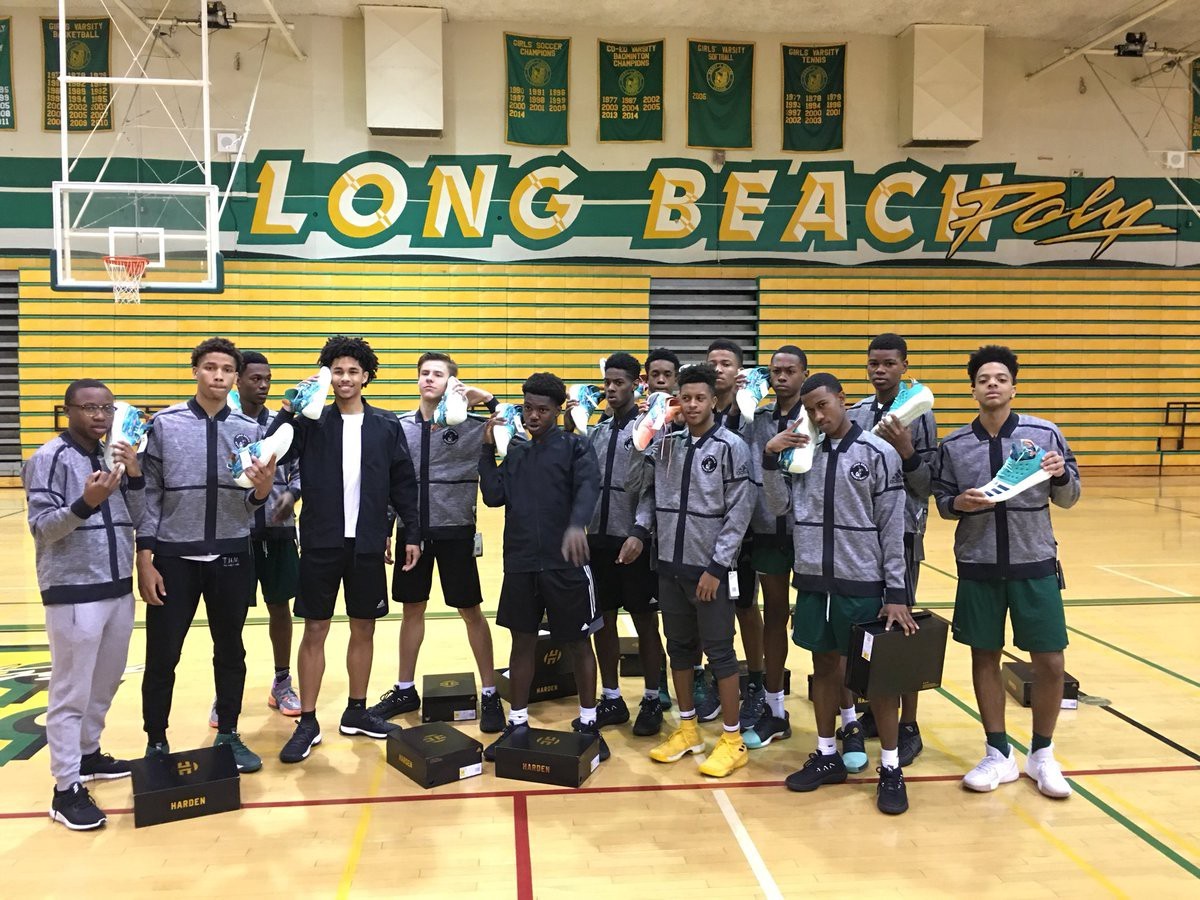 Founded in 1895 as Long Beach High School, Poly is located in Long Beach, California, along the Pacific Coast between Los Angeles and Orange County.  The urban campus is situated in the southwestern section of the city, about four miles inland.  Poly serves portions of Long Beach, Signal Hill and Lakewood.  The flagship of the Long Beach Unified School District’s 15 high schools, Poly has an enrollment of approximately 4,600 students in Grades 9 -12.

Long Beach Poly fields varsity teams in badminton, baseball, basketball, football, track and field, cross country, swimming, water polo, tennis, golf and softball.  Named by Sports Illustrated in 2005 the “Sports School of the Century,” the Jackrabbits compete in Division I within the California Interscholastic Federation [CIF] and are members of the Moore League, a conference comprised of seven schools from Long Beach and Compton.

Located at 1600 Atlantic Avenue, Poly has served as the backdrop for many films, including American Beauty, Coach Carter, American Pie and When the Game Stands Tall.  Over the course of its 123-year history, the venerable institution has produced many notable alums, including actress Cameron Diaz and rapper Calvin Broadus – better known as Snoop Dogg – who were classmates in the late 1980s.  Other Poly grads include four-time Grammy Award-winner Marilyn Horne and Keith Kellogg, National Security Advisor to Vice President Mike Pence.

Poly is a proud school.  Its motto — Home of Scholars and Champions – is quite accurate.  Poly has captured 38 California state championships in boys and girls sports combined.  No other California school has even 20.  Despite its size, Poly maintains a student-teacher ratio of 27:1 and sends more students into the University of California system than any high school in the state.

The number of athletes that have walked the halls of Long Beach Poly is mind-numbing.  Tennis legend Billie Jean King [nee Moffitt] is a 1961 graduate.  Her younger brother, Randy, played baseball for the ‘Rabbits before going on to record nearly 100 major league saves. Poly has sent six track and field alums – Trackrabbits – to the Olympics, including Martha Watson, who competed in four Summer Games between 1964 and 1976.  Over a dozen Poly alums played major league baseball, the best of whom was Hall of Famer Tony Gwynn.  As a junior point guard, Gwynn also led the Jackrabbits – who featured future NBA players Michael Wiley and Johnny Nash — to a 30-1 record and the 1976 Southern Section state basketball title.  Chase Utley and Milton Bradley were teammates at Poly in the mid-1990s.  A dozen years later, they faced each other in the 2008 MLB All-Star Game.

The legendary Ron Palmer coached basketball at Poly from 1973 to 1998.  In 25 seasons, his teams went 609-150 and won 20 Moore League titles.  Under Palmer, who was named 1984 National Coach of the Year, the Jackrabbits played in 15 CIF title games, winning eight.  At the height of Palmer’s success, 14 Poly alumni were playing Division I college basketball at the same time.

Two Poly basketball standouts traveled up the freeway to Westwood.  After helping the Jackrabbits win two championships, Kenny Booker was part of UCLA Bruin teams that won back-to-back NCAA titles in 1970 and ’71 under John Wooden.  Tyus Edney earned three varsity letters and one CIF championship at Poly, then became a four-year starter at UCLA and guided the Bruins to the 1995 NCAA title.

After graduating Poly in 2012, Jordan Bell played at Oregon, where he was became Pac-12 Defensive Player of the Year.  The 38th pick of the 2017 NBA draft, Bell helped the Golden State Warriors win the 2018 NBA title in his rookie season.

Long Beach’s largest high school has captured 23 state championships in track and field.  The Lady Jackrabbits are the only American girls team to beat the Jamaicans, a world prep power who allow athletes as old as 19 and 20 to compete at the high school level, in international competition.  Since 1981, the Lady ‘Rabbits have won eight world titles in sprint relays.

Poly is a football powerhouse.  The school fielded its first team in 1908, and won California’s first-ever state championship in 1919.  Playing in the highly-competitive Southern Section [due to its size and population, California is broken up into ten sections, and crowns a champion in each], the ‘Rabbits have won 19 football titles.  Between 2014 and 2017, 52 Long Beach Poly grads earned scholarships to play college football.

Poly has produced more NFL players than any high school in the country.  Over 60 LBPHS grads have played in the league.  Six alums have played in the Super Bowl, including Tony Hill, who competed in two as a Dallas Cowboy, and Willie McGinest, who helped the New England Patriots win three Lombardi Trophies.  Four former Jackrabbits have earned NFL Rookie of the Year honors: Mark Carrier, Gene Washington, Earl McCullouch and Leonard Russell.  Other Poly alums include current NFL stars DeSean Jackson, Marcedes Lewis, and JuJu Smith-Schuster.

Not just a powerhouse in football, basketball and track, this inner city school excels in the “country club” sports as well.  Poly has won league titles in cross country, boys’ tennis, badminton and golf.  In the immortal words of Bob Dylan, however, the times they are a-changin’.  Enrollment is down at Poly.  Fewer than 40 freshman came out for the 2017 freshman/sophomore team which, along with JV and varsity, is one of three squads that comprise the football program.  Until a few years ago, Poly averaged 200 players in its program annually.  Last season, only 60 players were on the varsity team.  In 2017, Poly became the third of the seven Moore League schools to drop their JV program.