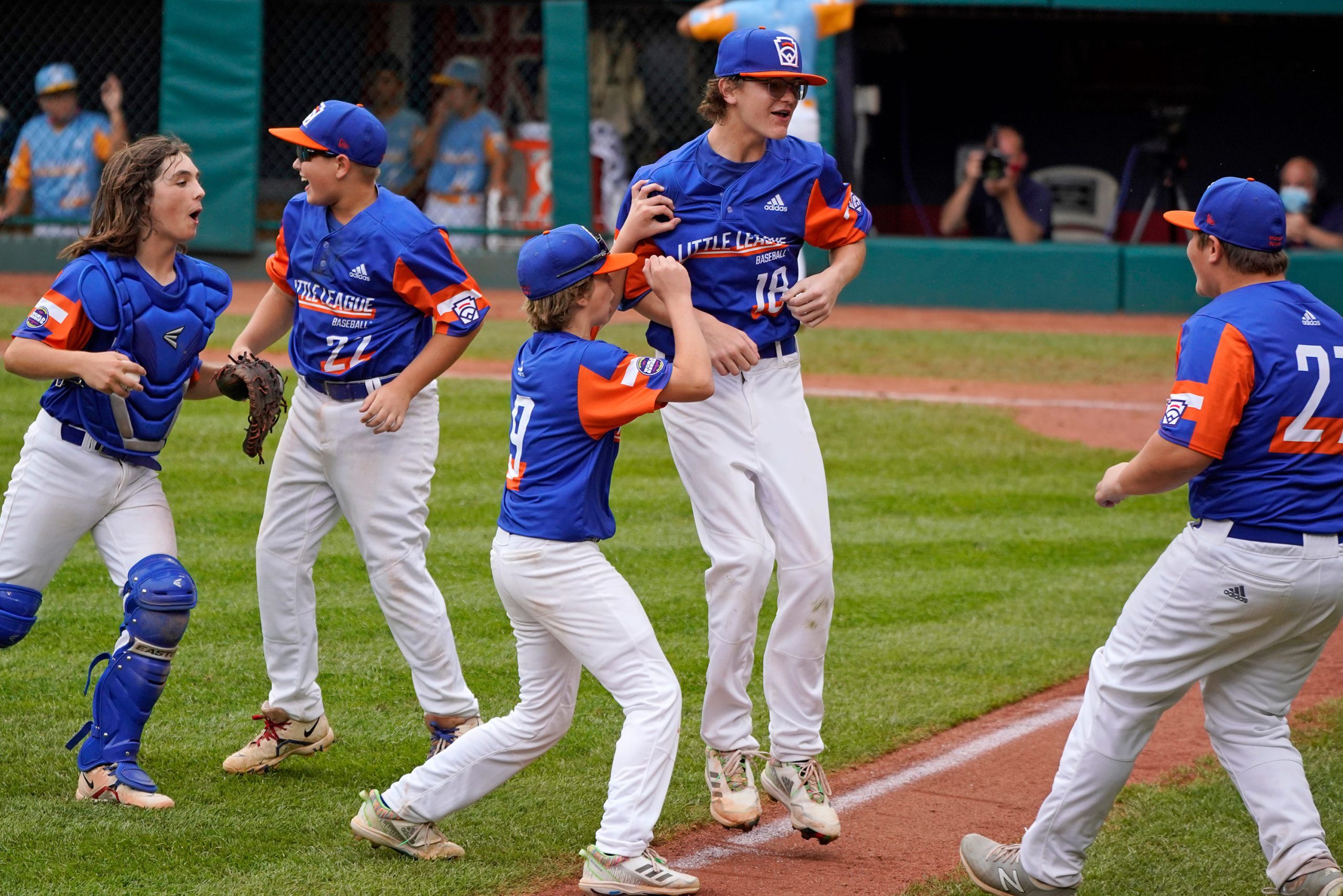 The Little League World Series is an annual baseball tournament for children aged 11 to 13 years old.

First held in 1947, the event takes place every August in South Williamsport, Pennsylvania. Originally called the National Little League Tournament, the competition was renamed for the World Series of Major League Baseball. Initially, only teams from the U.S. competed in the Series but it has since become a worldwide tournament. In 1976, the event was split into two brackets: United States and International. Prior to 2001, the tournament was comprised of eight teams – four from the U.S. and four international [Canada, Latin America, Europe, Far East]. Starting in 2001, the number of teams doubled. The U.S. side is made up of eight regions, while the International bracket now includes champions from Japan, Latin America, Mexico, Europe/Africa, Caribbean, Canada, Australia and Asia Pacific/Middle East.

Founded by Carl Stotz in 1939 as a three-team league in Williamsport, Little League International is a non-profit organization which organizes local youth baseball and softball leagues around the globe. Within a decade, Little League had grown to include more than 300 leagues, was featured in the Saturday Evening Post and incorporated in New York. In 1951, the first leagues outside the U.S. were formed. With the motto “Courage, Character and Loyalty,” Little League is the largest youth sports organization in the world.

With over 2.2 million participants, the U.S. bracket represents 96 percent of all the players in Little League. The eight divisions in the International bracket represent four percent, or fewer than 130,000 players. Taiwan has won the most LLWS titles, with 17. Since 2008, Japan has won five international titles, was runner-up twice, and lost in the semifinals once. In five finals appearances, Japan has won four championships. In the past nine years, the team representing the U.S. West [one of the country’s eight regions] has been to the finals seven times, winning six.

In the months prior to the LLWS, leagues from around the world select an All-Star team from its players. These teams compete in district, sectional and regional tournaments in hopes of advancing to Williamsport. The number of games a team has to play varies from region to region. Players must be 11 or 12 as of April 30 of the current year in order to be eligible. Beginning in 2018, the age determination date is moving to August 31, ensuring that no 13-year-olds will play in the tournament. This Little League directive is designed to meet “the goal of making the Little League Baseball Division truly a 12 and under program.”

The Series is played at Howard J. Lamade Stadium and Volunteer Stadium at the Little League headquarters complex in South Williamsport, a small timber town located in north central Pennsylvania. Lamade is the primary venue for the Series, while Volunteer Stadium, which holds 5,000 spectators and opened when the field expanded in 2001, is used for double-elimination play. Both venues feature Kentucky Bluegrass fields with identical dimensions. Admission is free. Seating is available on a first-come, first-served basis until the championship game, when stadium seats are distributed in a random drawing.

The first LLWS winner was Williamsport, who beat Lock Haven, Connecticut, 16-7 in the 1947 championship game. A decade later, Miguel Angel Macias pitched the only perfect championship game in the history of the tournament to help Monterrey, Mexico, become the first team from outside the U.S. win the tournament. Featuring pinpoint control and a wicked curveball, Macias struck out 11 of the 18 batters he faced and did not allow a ball to be hit out of the infield while leading Los Pequenos Gigantes – the Little Giants – to one of the most stunning upsets in the event’s history. In 1971, Gary, Indiana’s Llloyd McClendon hit five home runs in five at-bats over a span of three games. “Legendary” Lloyd was intentionally walked in his five other plate appearances during the Series. McClendon played eight big league seasons and later managed the Seattle Mariners. In May 2015, McClendon’s Mariners played the Tampa Bay Rays, who were managed by Kevin Cash, a participant in the 1989 LLWS. It remains the only time in history that two Little League World Series alumni have managed against one another in a major league game.

In the 1989 championship game, Chris Drury tossed a complete-game five-hitter and drove in two runs to lead Trumbull, Connecticut, to a 5-2 victory over Taiwan. One of the most decorated Little Leaguers of all time, Drury went on to win the 1998 Hobey Baker Award as the best player in college hockey. The following year, he was named NHL Rookie of the Year. One of the best clutch players in NHL history, Drury had 11 game-winning goals in four seasons with the Colorado Avalanche and helped them win the 2001 Stanley Cup. The only player in hockey history to win both the Hobey Baker Award and Calder Cup as NHL Rookie of the Year, Drury was also a member of the 2002 U.S. Olympic Hockey Team. He is the all-time leading goal scorer in the rich history of Boston University and is the only Terrier ever to collect 100 goals and 100 assists. The 1989 Trumbull team also included Kevin Cash.

ABC began televising the LLWS Championship Game in 1962. From 1965 to 1985, it was broadcast on the network’s Wide World of Sports program. ESPN began covering the Series in 1982. ABC and ESPN, along with their family of networks, now televise the regional championships as well as the entire LLWS. For over two decades, the legendary Jim McKay called the action for ABC. Analysts have included baseball hall-of-famers Johnny Bench, Jim Palmer and Mickey Mantle, who famously interviewed Lloyd McClendon prior to the 1971 title game. Some of the most dramatic moments in Series history have been captured on television. In 2005, Michael Memea won the championship for Hawaii with a walk-off home run in the seventh inning. Two years later, Dalton Carriker delivered title for Warner Robbins, Georgia, with his walk-off blast in the bottom of the eighth. Perhaps the most famous Little Leaguer ever is Mo’ne Davis, one of two girls [and first African-American female] who played in the 2014 LLWS. Miss Davis is the first girl in the history of the tournament to pitch a shutout and became the first Little League player to appear on the cover of Sports Illustrated.

On this date in 1947, the inaugural Little League championship tournament was played in Williamsport, Pennsylvania. The 2017 Little League World Series – the 71st edition of the event – opens Thursday, August 17 in South Williamsport, with Latin America playing Mexico at 1 pm ET.