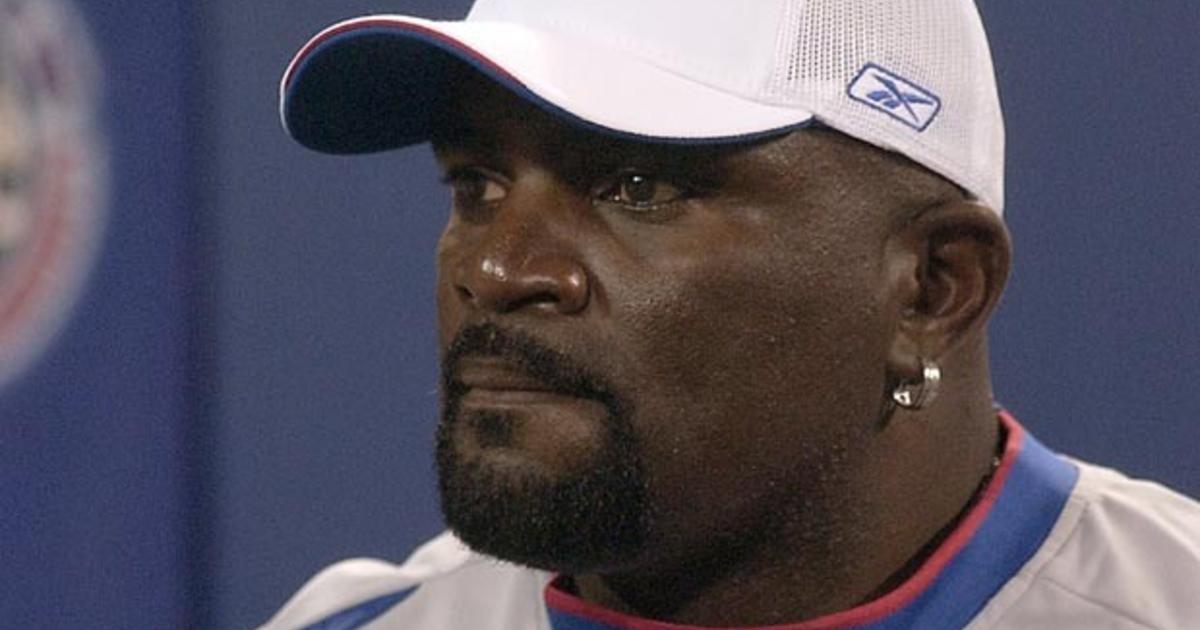 The most disruptive defensive player in football history, Taylor wreaked havoc for the New York Giants from 1981 to 1993.  He revolutionized football, turning outside linebacker from a “read-and-react” to an “attack” position.  The most electrifying, terrifying pass-rusher who ever lived, the 6’3”, 237-pound Taylor played with a speed and savagery never seen before.

Before L.T., the greatest linebackers had always played the middle.  Beasts like Ray Nitschke, Willie Lanier and Dick Butkus.  Taylor was different.  He lined up on the outside and created the edge rush.  Fast enough to cover receivers and strong enough to bully lineman, he was Butkus with wheels.  Taylor didn’t invent the blitz – he perfected it.  He introduced chopping the ball out of the quarterback’s hands, now a pass-rushing staple, and single-handedly changed football.

Washington Redskins head coach Joe Gibbs, who had to face Taylor twice a season in the NFC East, developed the two-tight end offense and the position of H-back to try and stop the NFL’s Superman.  Opponents put running backs in pass protection in an attempt to thwart Taylor.  Quarterbacks were always aware of where L.T. was on the field.  His dominance was unrivaled, then or since, and he had an uncanny ability to get to the passer.

Taylor spawned a new generation of pass rushers.  Big, fast blitzing linebackers – and in turn, a dramatic change in the way offenses protect quarterbacks, particularly from the blindside.  To keep this new breed of predators at bay, teams scouted and groomed bigger, more athletic left tackles.  Thanks to L.T., the former Big Ugly became one of the highest-paid, highest-profile positions in football.

The linchpin of a Giants defense – the Big Blue Wrecking Crew — that won two Super Bowls, Taylor was only the second [and most recent] defensive player to be named NFL MVP.  As a rookie in 1981, his 9.5 sacks earned him Defensive Player of the Year honors and a spot on the All-Pro and Pro Bowl rosters.   He would make those teams in each of his first ten seasons in the NFL.

L.T. was listed as an outside linebacker but was more like a force of nature.  Playing with an unparalleled will and wildness, he battered quarterbacks.  “What makes L.T. so great, what makes him so aggressive, is his total disregard for his body,” said Bill Belichick, the Giants’ defensive coordinator during Taylor’s prime.  He suffered a hairline fracture of his right tibia against San Francisco in 1987 and played the next week.  He broke a bone in his foot in 1989 and missed only one game.

In 1988, Taylor had torn shoulder ligaments and a detached pectoral muscle and strapped on a harness to play against New Orleans.  Playing with one good arm, he finished with seven tackles, including three sacks and two forced fumbles.  Inspired by L.T.’s superhuman performance, the Giants won 13-12.

Born in Lafayette, Virginia, on this date in 1959, Lawrence Julius Taylor didn’t begin playing football until his junior year of high school.  Lafayette High coach Mel Jones recruited him “out of the hallway because he was big.”  Lightly recruited out of high school, Taylor landed at the University of North Carolina, where he played defensive line for his first two seasons in Chapel Hill.  Dubbed Godzilla by teammates, UNC soon discovered Taylor’s extraordinary skill set and moved him to linebacker, where he was named 1980 ACC Player of the Year and consensus All-American as a senior.

The New York Giants selected Lawrence Taylor with the second overall pick of the 1981 NFL draft, sandwiched between running backs George Rogers and Freeman McNeil.  He became an instant star.  Lining up on the quarterback’s blindside, Taylor had a knack for the extraordinary, making the biggest plays at the most important times.  L.T. became New York’s greatest off-Broadway hit and turned the Giants into one of the top teams in the league.

When Taylor joined the Giants in 1981, they hadn’t been to the postseason in 17 years.  In his first season in East Rutherford, L.T. led the Giants to a wild card win over the Eagles.  Taylor then spurred New York to six more playoff appearances – including two Super Bowl titles – in the next dozen seasons.

Part of arguably the most gruesome televised moment in NFL history, Taylor crashed in and landed on the back of Joe Theismann’s knee on Monday Night Football in 1985, snapping the quarterback’s shin in two.  “It’s not a moment I want to remember,” said Taylor, “or see again.”

He ruptured an Achille’s tendon in 1992 and played one more season before retiring at 34.  L.T. played 13 NFL seasons, recording 142 sacks, nine interceptions and eleven fumble recoveries.

Reckless and relentless, Taylor played and lived on the edge.  But the wildness that made him magnificent on the field often bled into his life off the gridiron.  The perennial All-Pro was once asked what he could do that no other outside linebacker could.  “Drink,” Taylor said.  He battled alcohol and substance abuse problems during and after his career.  His hard-partying lifestyle led to multiple arrests when his playing days were over, and Taylor struggled to stay sober.

A member of the NFL 75th Anniversary All-Time Team and 1980s All-Decade Team, Taylor was inducted into the Pro Football Hall of Fame in 1999.  Mr. Taylor has been enshrined in the New York Giants Ring of Honor and had his number 56 retired by the club in 2010. 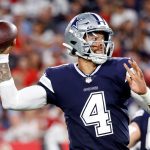 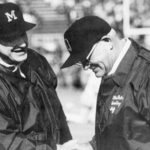 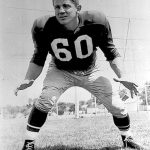 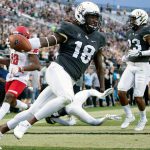