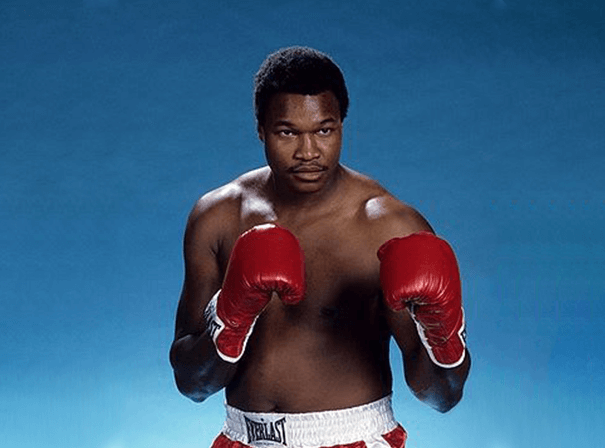 Larry Holmes is the only boxer in history to have stopped Muhammad Ali.

Holmes was WBC heavyweight champion from 1978 to 1983 and IBF champ from 1983 to 1985.  His seven-year reign is the third-longest in heavyweight history, behind Joe Louis [1937-49] and Wladmir Klitschko [2006-15].  Possessing one of the best jabs in boxing history, the 6’3” right-hander was under-appreciated.  In 75 professional bouts, the “Easton Assassin” was 69-6, with 44 knockouts.  Holmes won eight straight title defenses by knockout, breaking the legendary Joe Louis’ record of seven.   He was 20-4 in world title fights, winning 14 by knockout.  “He was underrated,” said hall-of-fame referee Arthur Mercante.

After winning 19 of 22 fights as an amateur, Holmes made his professional debut March 21, 1973, winning a four-round decision over Rodell Dupree in Scranton.  He rose through the ranks steadily.  In March 1978, he upset the hard-punching Earnie Shavers in a lopsided 12-round unanimous decision to set up a title shot with WBC Heavyweight Champion Ken Norton in Las Vegas three months later.  The fight was superb.  Heading into the 15th and final round, the judges’ scorecards were even.  Holmes erupted in the 15th,  putting on a furious barrage to take the title by split decision.

Holmes won seven title defense bouts before giving an aging Ali – whom he considered a mentor and good friend – a chance to capture the heavyweight title an unprecedented fourth time, in October 1980.  In the most emotional fight of his career, Holmes dominated the former champion.  After the tenth round, Ali’s trainer threw in the towel, marking the only time in his career “The Greatest” was stopped.  Holmes went on to successfully defend his title a dozen times following the Ali fight.  He beat future heavyweight champions Trevor Burbick and Tim Witherspoon, former champion Leon Spinks, and survived a savage knockdown to beat Renaldo “Mister” Snipes by TKO.

Born November 3, 1949, in the small Georgia town of Cuthbert, Larry is the fourth of John and Flossie Holmes’ 12 children.  Following his parents’ divorce when he was seven, Holmes moved with his mother and siblings to Easton, Pennsylvania, about 55 miles north of Philadelphia and 70 miles west of New York City.  At 13, Holmes dropped out of school to help support his family, which got by on welfare.  He took a job at car wash for a dollar an hour.  Holmes began boxing in the Police Athletic League as a teenager.  In 1971, he was invited to become Muhammad Ali’s sparring partner, an opportunity Holmes used to prepare for the 1972 Olympic boxing trials.  In the final, Holmes faced Duane Bobick, who had won gold at the 1971 Pan Am Games, for the heavyweight spot.  After several warnings from the referee, Holmes was disqualified in the third round for excessive holding, and Bobick went on to the Munich Games.

The great Rocky Marciano is the only heavyweight champion in history to go undefeated.  Displaying a relentless style and iron chin, Marciano was 49-0 when he hung up his gloves in 1956.  Larry Holmes ran his record to 48-0 after beating Carl “The Truth” Williams by unanimous decision in May 1985.  Since taking the WBC title from Norton in June 1978, Holmes had successfully defended his title 20 times.

Holmes retired following the second Spinks fight, only to be lured back less than two years later by a $ 3 million dollar payday against undisputed world heavyweight champion Mike Tyson.  Tyson dropped Holmes three times before knocking the former champ out for the only time in Holmes’ lengthy career.  After the fight, Holmes retired once again.

The Easton Assassin returned to the ring in 1991, beating undefeated 1988 Olympic gold medalist Ray Mercer in Atlantic City.  The win got Holmes a title shot at Evander Holyfield, who turned back the aging Holmes in a 12-round unanimous decision.  Mr. Holmes fought 17 more times after the Holyfield match, including two title shots.  He lost both.  His 75th and final bout came in July 2002, when the 52-year-old Holmes won a unanimous decision over Eric “Butterbean” Esch.  He retired for good following the fight and returned to Easton, where he currently oversees his business holdings.

Larry Holmes was named Boxing Writers of America Fighter of the Year after beating Norton in 1978.  He was voted The Ring magazine’s Fighter of the Year in 1982.  The magazine also named Holmes the 5th greatest heavyweight of all time in 1998.  Mr. Holmes was inducted into the World Boxing Hall of Fame in 2007 and the International Boxing Hall of Fame one year later.  In 1999, the Associated Press voted Larry Holmes the 5th greatest heavyweight of the 20th century.

On this date in 1981, Larry Holmes defeated Leon Spinks by TKO in the third round of their heavyweight title fight at “The Joe” [Joe Louis Arena] in Detroit.  Holmes ran his record to 38-0 and retained the WBC, The Ring and the lineal heavyweight title.  It was the third loss in 15 career bouts for Spinks, who had taken the heavyweight title from Muhammad Ali 33 months earlier in only his eighth professional fight.  Leon Spinks would continue fighting until 1995 before retiring with a record of 26-17-3.