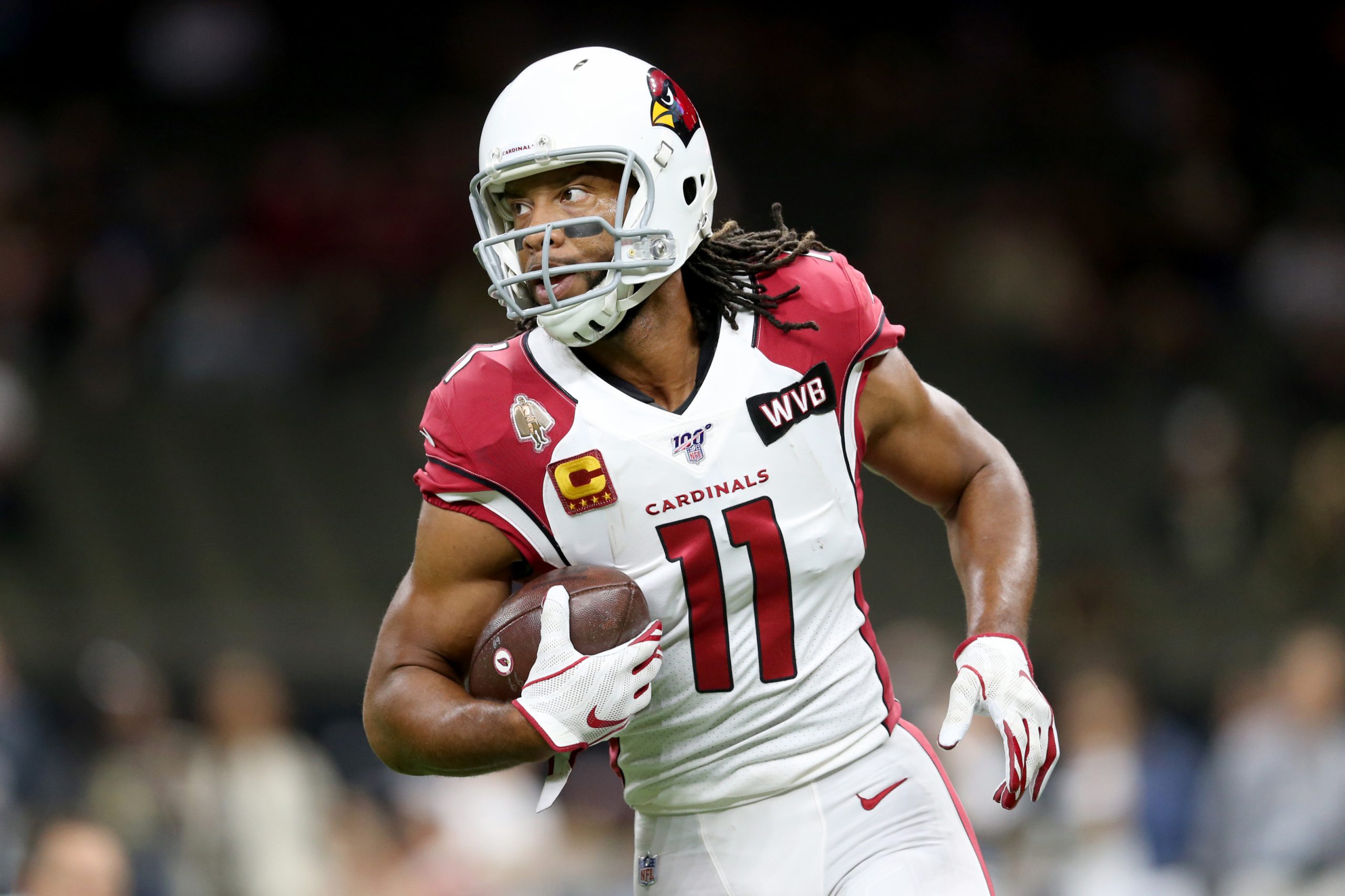 The University of Pittsburgh has produced many great football players over the years. None combine more talent, grace and class than Larry Darnell Fitzgerald, Jr.

Born on August 31, 1983 in Minneapolis, Minnesota, Fitzgerald”s father was a newspaper writer and radio show host and he and his younger brother, Marcus, shagged balls in the outfield before Minnesota Twins games and worked as ball boys for the Minnesota Vikings as children. The boys had unique access to playing fields and locker rooms due to their father’s occupation and Larry mimicked the work ethic of the professional players he studied, including Randy Moss, Kirby Puckett and Barry Sanders. It was Sanders who taught him to simply hand the ball to the official after scoring a touchdown rather than celebrating with it. He attended Academy of Holy Angels– a Catholic, coeducational high school outside Minneapolis–where he was a two-way player on the football team and was voted All American after his junior and senior seasons. As a senior, he caught 73 passes for 1,254 yards and 17 touchdowns. Lacking the grades to get into college, he transferred during his senior year to Valley Forge Military Academy, a strict military boarding school near Philadelphia. Fitzgerald graduated from Valley Forge in 2002 and headed to the University of Pittsburgh. He played 26 games in two seasons with the Panthers and emerged as one of the best wide receivers in the country, catching 161 passes for 2,677 yards and 34 touchdowns to establish a new Pitt record. In his sophomore season of 2003, he won the Walter Camp, Chic Harley and Biletnikoff Awards while finishing second to Oklahoma’s Jason White in a close race for the Heisman Trophy. He was the first player in school history with back-to-back 1,000 yard receiving seasons, had 14 games with at least 100 receiving yards and set an NCAA record by catching at least one touchdown pass in 18 straight games.

Fitzgerald petitioned the NFL to allow him to enter the 2004 NFL Draft even though he had only played two years at Pitt on the grounds that his extra year at Valley Forge meant that he was three years removed from high school, making him eligible. The NFL agreed and he was selected with the third overall pick by the Arizona Cardinals, whose coach, Dennis Green, had coached the Minnesota Vikings when Fitzgerald was their ball boy. He hauled in nine receptions in his first NFL start and caught 59 passes for 780 yards and 8 touchdowns as a rookie. In December of 2004, he became the youngest player in NFL history to catch two touchdown passes in one game. “Fitz” led the league in receptions in his second season and teamed with fellow wideout Anquan Boldin to become only the third receiving duo ever to each catch over 100 passes and have 1,400 receiving yards in the same season. Injuries slowed him in 2006 but he still managed 69 grabs for 946 yards. He came back strong the following year, another Pro Bowl season, to haul in 100 passes for over 1,400 yards and 10 TD’s and signed a four year, $ 40 million contract extension at the end of the year. Fitzgerald led the Cardinals to the franchise’s only appearance in the NFC Championship Game in 2008 and tied an NFL record with three touchdown receptions in one game. The Redbirds won and advanced to Super Bowl XLIII, where “Sticky Fingers” caught two more touchdown passes, including the go-ahead touchdown in the waning minutes of the game before the Cards lost, 27-23, to the Pittsburgh Steelers. Fitzgerald set a single postseason record with 546 receiving yards, 30 receptions and 7 TD’s and earned a trip to the Pro Bowl, where he caught two more touchdown passes and was named the game’s MVP.

Mr. Fitzgerald is currently playing in his 12th season in the NFL, all with Arizona. He has appeared in eight Pro Bowls, tying him with Larry Wilson for most in franchise history and is the Cardinals’ all-time career leader in receptions, receiving yards and receiving TD’s. He is the youngest player to reach 11,000 career receiving yards and record 900 catches. In the past two seasons, he has dropped just two of the 236 balls thrown his way and has an active streak of consecutive games in which he has caught at least one pass with 163. He holds seven franchise records and has received numerous awards for citizenship and charitable work. The 6’3”, 218 wide receiver had his # 1 jersey retired by the University of Pittsburgh in 2013 becoming the ninth Pitt Panther to receive that honor. “Fitz” is one of 12 players in NFL history with over 12,000 yards and 85 touchdowns in a career.