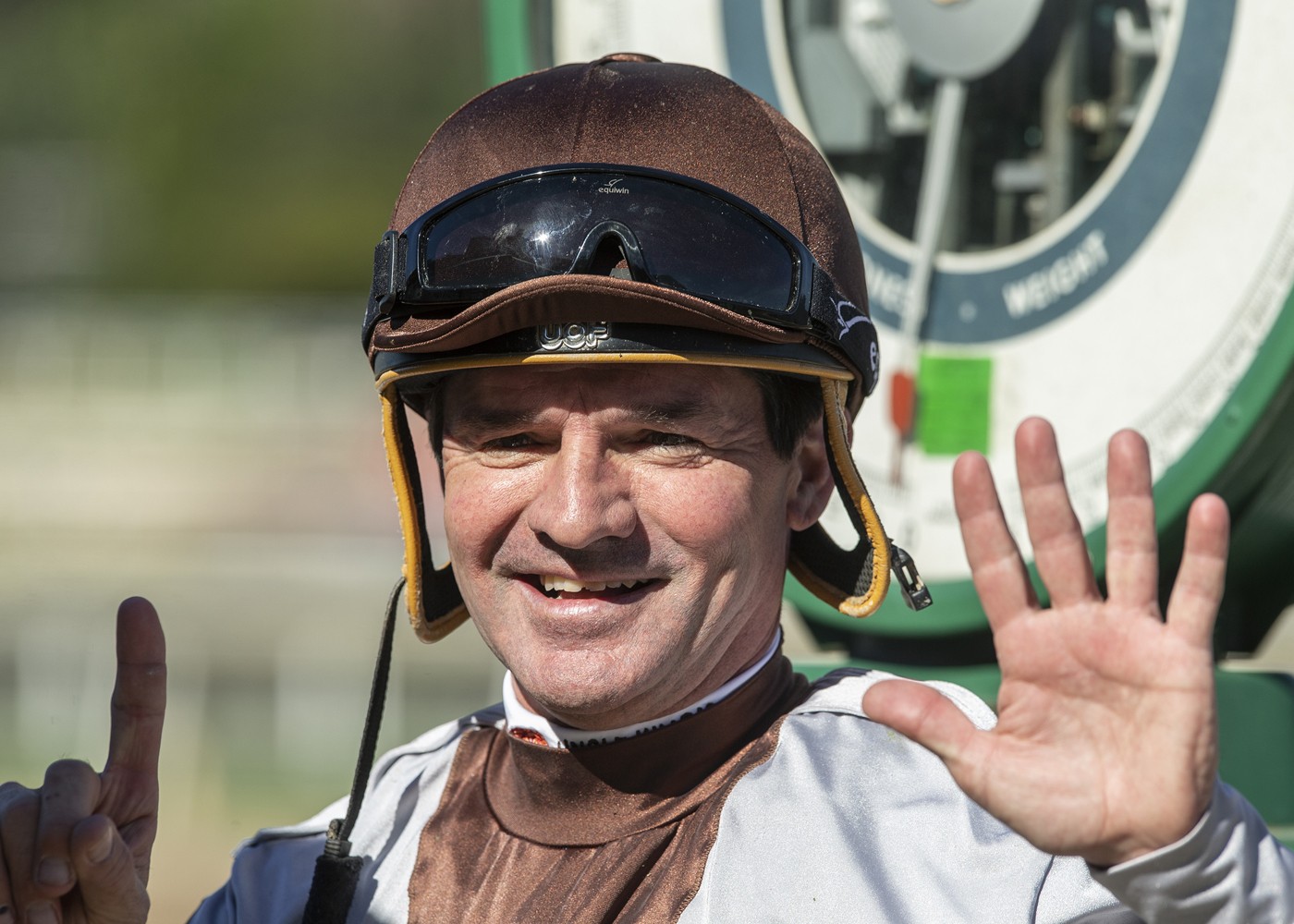 Kent Jason Desormeaux won more races in the 1989 season than any jockey in history.

Born in Maurice, Louisiana—a town with 476 residents about 150 miles west of New Orleans—on February 27, 1970, Desormeaux [pronounced duh-ZOR-mo] is from a Cajun family. His father ran unsanctioned, informal horse races at a small bush track and Desormeaux started riding American Quarter Horses at age 12, often riding in as many as 15 races every Sunday while earning $ 25 per win. He learned a cut-throat style of racing and gained experience on how to handle horses. At 16, Desormeux began working as an apprentice jockey at Evangeline Downs in Lafayette, Louisiana, before moving north to compete on the Maryland racing circuit. He won his first stakes race on December 13, 1986, aboard Godbey in the Maryland City Handicap at Laurel Park Race Course. In 1987, he won 450 races—the most in the nation—and earned the Eclipse Award for Outstanding Apprentice Jockey, the Thoroughbred Racing Association’s highest honor. The following season, he won 474 races to again claim the national title. No longer an apprentice in 1989, Desormeaux won 598 times, setting a single-season record for wins and passing Chris McCarron’s previous mark by 52—a record that still stands. He started in 2,312 races that year, finishing in the money in 1,292 of them, and earned the Eclipse Award for Outstanding Jockey, joining McCarron and Steve Cauthen as the only jockeys to win the Eclipse Award in both the apprentice and overall categories.

The best thoroughbred racing in the United States takes place in New York and California, and Kent Desormeaux moved to southern California in the early 1990s seeking better competition. In 1992, he led all U.S. jockeys in earnings and was awarded his second Eclipse Award. Late in the season, he was thrown by a horse at Hollywood Park and trampled, suffering multiple skull fractures and permanent deafness in one ear. He rebounded the following year, riding Kotashaan to victory in the 1993 Breeder’s Cup Turf and receiving the prestigious George Woolf Memorial Jockey Award. Two years later, he won a second Breeder’s Cup title aboard Desert Stormer in the Breeder’s Cup Sprint while becoming the youngest jockey to win 3,000 career races. In 1998, Desmormeaux rode Real Quiet to victory in the Kentucky Derby and Preakness but lost his bid for the Triple Crown when his horse lost to Victory Gallop by a nose in the Belmont Stakes. A decade later, the 5’3”, 114 pound Cajun again had a chance to claim the Triple Crown, riding Big Brown to victories at Churchill Downs and the Preakness before the colt tired in final turn in the grueling Belmont Stakes, eased, and became the first Triple Crown hopeful to fail to finish the Belmont. Seven weeks later, Desormeaux scored his 5,000 career victory aboard Bella Attrice at Saratoga Race Course.

Kent Desormeaux has 29,939 career starts with 5,700 firsts, 4,777 seconds and 4,125 third-place finishes. He has won six American classic races, including three Kentucky Derbys, five Breeder’s Cup wins and three International race wins. In 2001, Mr. Desormeaux became the first foreign jockey to win a Classic race in Japan by claiming the Japanese Oaks. He is only one of four jockeys to have won three national titles in a row and, at 27, became the youngest jockey to reach $ 100 million in purses. In 2004, Kent Desormeaux was inducted into the National Museum of Racing Hall of Fame.

On this date in 1989, Kent Desormeaux set a record for number of wins in a season when he rode two-year-old East Royalty to victory in the 10th race– the Inner Harbor Stakes–at Laurel Park outside Baltimore. It was his third win of the day and 598th victory of the year.