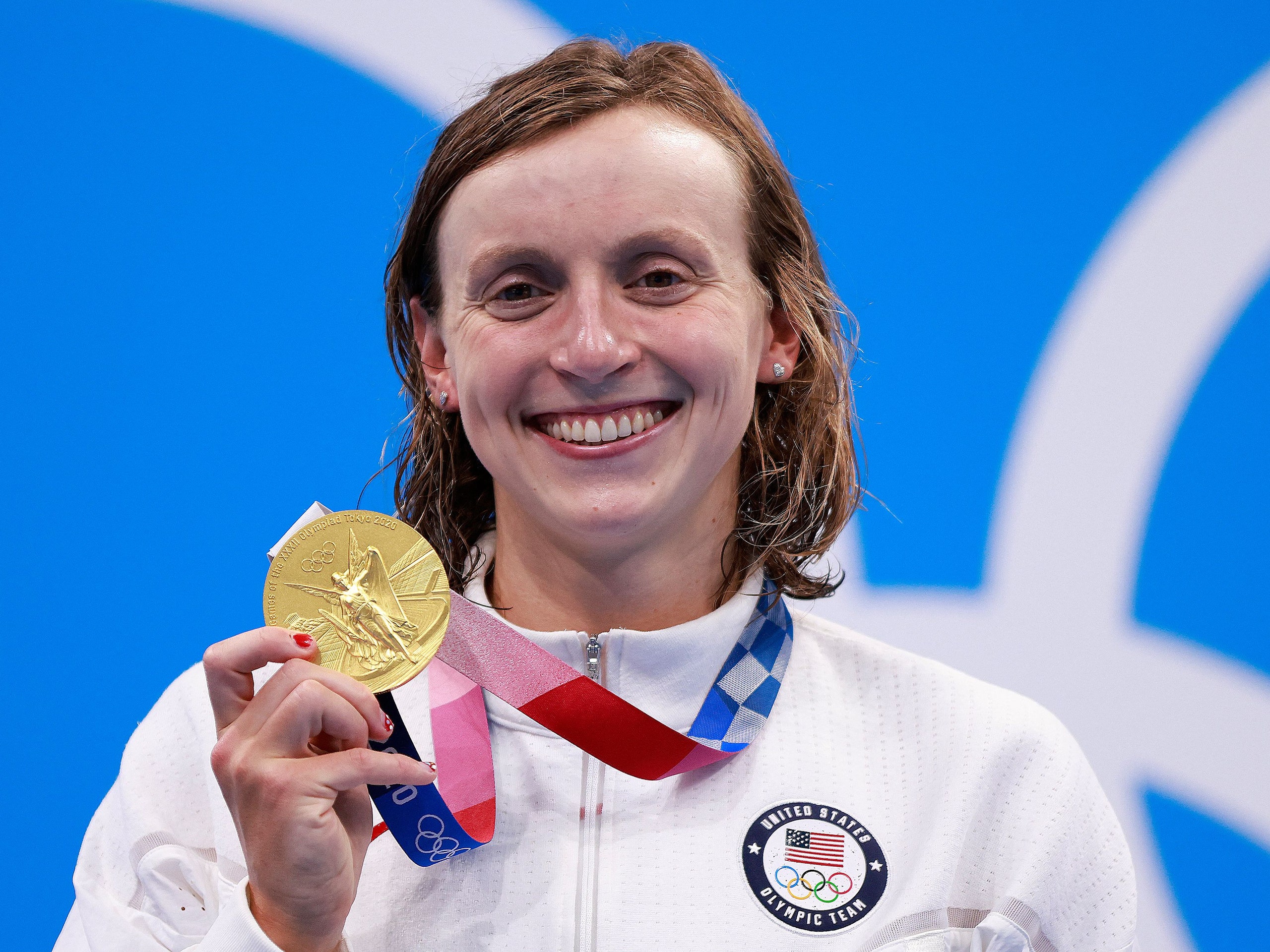 Born in Washington, D.C., on St. Patrick’s Day in 1997, Katie is three years younger than her brother Micheal—her only sibling. Katie’s mother, Mary Gen Hagan, is a hospital administrator and swam for the University of New Mexico, where she was nationally ranked in the 200 meter freestyle for the Lady Lobos. At age six, Katie followed in her brother’s footsteps and started swimming for the Palisades summer league swim team in Cabin John, Maryland, about 15 minutes from the family’s home in Bethesda. In 2011, Ledecky enrolled at Stone Ridge School of the Sacred Heart—a Catholic school for girls located in Bethesda and alma mater of Cokie Roberts, Maria Shriver and Kathleen Kennedy Townsend—and swam for the Gators while also training with the Nation’s Capital Swim Club.

Katie Ledecky was a rising high school sophomore when she appeared in her first senior national competition at the 2012 U.S. Olympic Trials in Omaha. The 5’11”, 155 pound freestyler made the team by placing first in the 800 meters, posting a time of 8:19:78 to beat second-place finisher Kate Ziegler by two seconds. She was ninth in the 200 meter free and finished third in the 400, breaking Janet Evans 24-year-old age group record. She became the youngest American participant at the London Games and placed third overall in the qualifying heats for the 800. In the final, Ledecky stunned the field, winning gold by more than four seconds while going 8:14:63 to break Janet Evans’ American record that had stood since 1989. Her effort earned Ledecky Best Female Performance of the Year and Breakout Performer of the Year at the 2012 Golden Goggle Awards. She returned to Stone Ridge and set a new national high school record in the 500 yard freestyle as a sophomore. That summer, she competed in the 2013 FINA World Championships in Barcelona, Spain–taking gold in the 400, 800, 1,500 and 4×200 meter freestyle relay—while setting world records in the 800 and 1,500. Ledecky was named best female swimmer of the meet and was named World Swimmer of the Year and American Swimmer of the Year by Swimming World magazine.

In June of 2014, Ms. Ledecky broke the world record in both the 800 and 1,500 meter freestyle over a span of three days. At the U.S. Nationals two months later, she finished first in the 200, 400 and 800 meter freestyle while setting her third world record of the year in the 400. Ledecky became the first female since Janet Evans to hold world records simultaneously in the 400, 800 and 1,500—and she was only 17 years old. The 2014 Pan Pacific Championships were held in Gold Coast, Australia, just two weeks after the U.S. Nationals. Katie Ledecky won five gold medals [four individual, one relay], broke two world records and became the first woman to win four individual gold medals in a single Pan Pacific Championship. Swimming World again named her World Swimmer of the Year and American Swimmer of the Year. At the 2015 FINA World Championships in Kazan, Russia, Ledecky won five gold medals and broke three world records. She opened by taking gold in the 400 by almost four seconds. Two days later, she won the 1,500 in world record time and the day after that took gold in the 200 meters. On the fifth day of competition, Ledecky swam the anchor leg in the 4 x 200 meter freestyle relay, helping the Americans win gold and she completed her World Championships by winning the 800 meters in a world record time of 8:07:39, breaking her own mark by 3.61 seconds to finish the meet with four golds in four distances.

Katie Ledecky raced in 15 international competitions and won 15 gold medals. She is a nine-time world champion and has broken ten world records. Ledecky’s form is flawless and her stroke lengthens as the race progresses—unheard of in swimming—meaning she improves as she tires. No swimmer, male or female, has ever dominated such varied distances, from 200 to 1,500 meters. Endurance athletes reach their peaks in their late 20’s. Katie Ledecky is 18 years old and has only been competing internationally for three years. She graduated from Stone Ridge—where she holds the school record in every event but the 100 breaststroke—in June of this year and accepted a swimming scholarship to Stanford but is deferring her enrollment until the fall of 2016 in order to concentrate on training for the Olympic Games in Rio next summer.