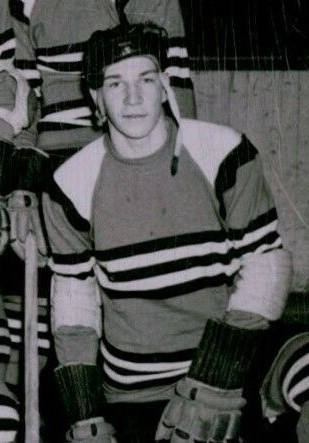 John Edward Mayasich is the greatest American-born ice hockey player of all time.

Born in Eveleth, Minnesota—home of the United States Hockey Hall of Fame—on May 22, 1933, he played several sports at Eveleth High School but earned his legendary status as a hockey player, captaining the Golden Bears to a 69-0 record and four consecutive state championships from 1948-51. In Minnesota, ice hockey is king and the “Land of 10,000 Lakes” has sent many players to the National Hockey League, yet John Mayasich’s scoring records still stand more than six decades later. He holds the state record for most goals, points, career wins and has over twice as many hat tricks [three or more goals in one game] than his nearest competitor.

The “Iron Ranger” continued his success at the University of Minnesota, where, from 1953-55, he was a three-time All-American for the Golden Gophers. Mayasich recorded eight points in a game against the University of Michigan in 1954—still and NCAA record—and won the Western Collegiate Hockey Association [predecessor to the NCAA] scoring title in both 1954 and 1955. He scored 298 points as a Gopher, including 144 goals and 154 assists in 111 games and remains the school’s all-time leading scorer, averaging 1.3 goals per game. John Mariucci, the “Godfather of Minnesota Hockey” and member of the Hockey Hall of Fame, coached Mayasich at U of M and said, “John brought hockey to a new plateau. He was the Wayne Gretzky of his time. And today if he were playing pro hockey, he would simply be a bigger, stronger, back-checking Gretzky.”

Mayasich forever changed the sport by inventing the slap shot, which was later adopted throughout the world.

The crowning jewel of his hockey career came during the 1956 Winter Olympics in Cortina, Italy. Coming into those Games, Canada dominated world hockey, having won the gold medal in six of the past seven Olympic tournaments. In the opening round, Team USA, playing the Group A bracket, lost to Czechoslovakia before beating Poland to advance to the finals. Canada went 3-0 in Group A play, including a 23-0 drubbing of Austria. After Team USA beat German and Canada handled Czechoslovakia in their openers, the North American neighbors met on January 31. Team USA beat Canada, 4-1, behind a hat trick performance by the “Iron Ranger” in what was, at that point, the biggest game in U.S. hockey history. The Soviet Union beat Team USA and went undefeated en route to their first-ever gold medal, while USA took silver and Canada brought home the bronze. Four years later, Team USA stunned the world by winning gold in the 1960 Games in Squaw Valley, California. It was there that the legend of John Mayasich was cemented, as he led the U.S. in the first “Miracle on Ice,” as Team USA beat both the defending-champion Soviet team and the Canadians en route to the first hockey gold medal ever won by the U.S. John Mariucci coached both the 1956 and 1960 teams and said of his captain, “The words to describe the boy haven’t been invented. When I say he’s the best, that’s totally inadequate.”

The University of Minnesota hockey program has produced four Hobey Baker Award [given annually to the most outstanding collegiate hockey player in the U.S.] winners and 21 NHL first round draft picks in 85 seasons, yet John Mayasich is the only player to have his sweater retired, which took place on November 15, 1998. He was elected into the U.S. Hockey Hall of Fame in 1976 and Wisconsin Hockey Hall of Fame in 1989. In 2011 the Minneapolis Star-Tribune named Mr. Mayasich number one on its list of “Minnesota’s 100 Greatest Players in High School Hockey History.”

On this date in 1956—sixty years ago today—John Mayasich prepared with his USA teammates to compete in the eighth Olympic hockey championship in Cortina, Italy.