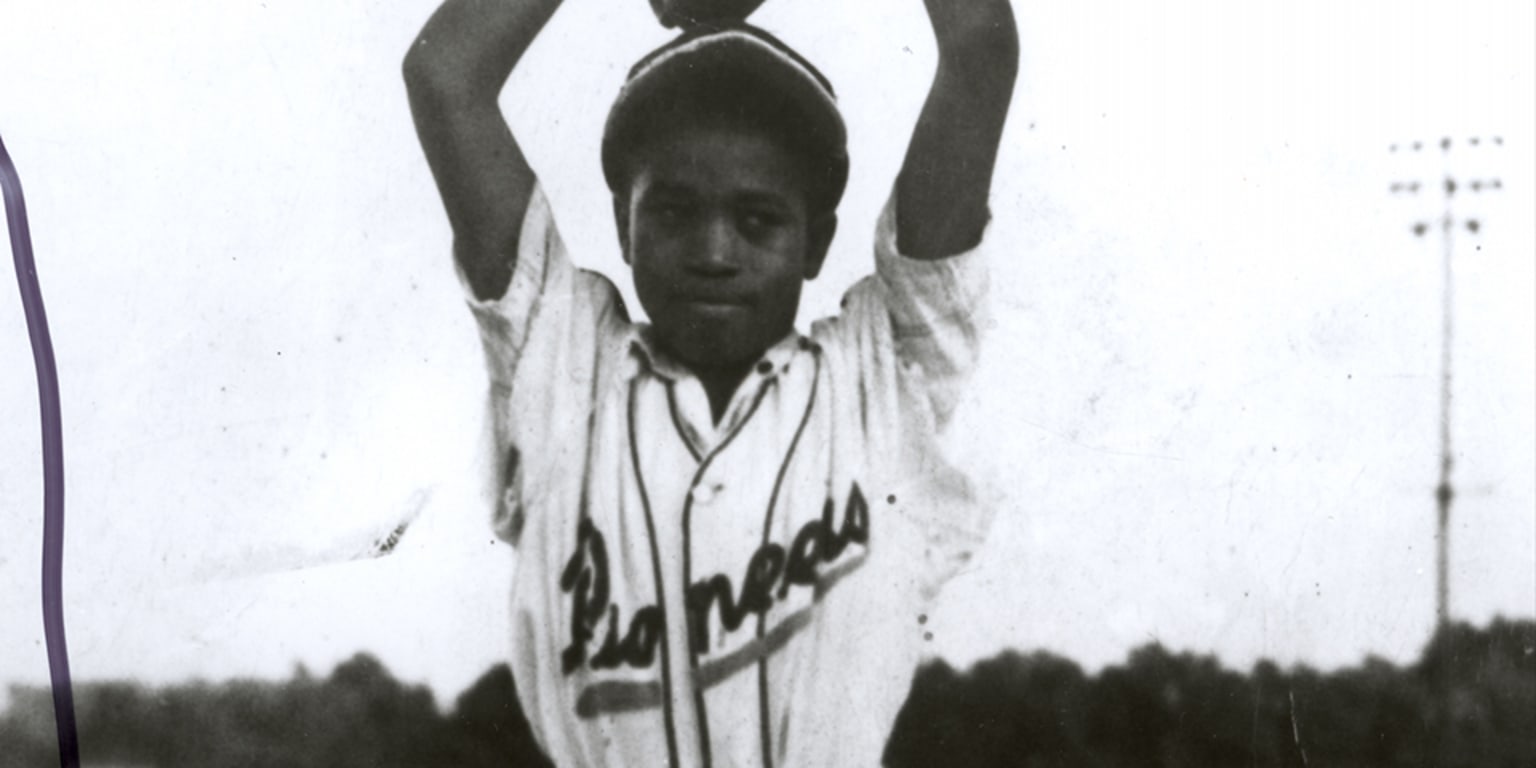 Joe Reliford is the youngest person ever to play in a professional baseball game.

One inning of Class D ball made Joe Reliford a baseball immortal.  On the night of July 19, 1952, four months shy of his 13th birthday, he stepped onto the field in a dusty town in Georgia to become the youngest person to play in a pro game while simultaneously breaking the racial barrier in the segregated Georgia State League.

Named after the former world heavyweight boxing champion, Joe Louis Reliford was born in Ashton, Georgia, November 29, 1939.  The ninth of ten children, he lost his father at four.  Reliford grew up in Fitzgerald, a small town in south-central Georgia.  With Luronie Reliford raising ten children on her own while suffering from rheumatoid arthritis, Joe decided he needed to earn some money to help his mother.  He was ten when he approached Ace Adams, owner of the Fitzgerald Pioneers, a Class-D affiliate of the Philadelphia A’s, and asked to be their batboy.

Adams tried to dissuade the 4’11”, 68-pound kid, pointing out he’d be responsible for 200 bats, 100 balls, and shining 28 pairs of shoes before every game.  “I just loved baseball, and I badly needed that job,” said Reliford.  “I kept at Mr. Adams and he finally gave in.”  Joe was paid $50 every two weeks, and the all-white Pioneers immediately accepted the youngster as part of the team.  Second baseman Charlie Ridgeway was player-manager and treated Reliford as a son.  “When I was done with my duties,” Reliford recalled fondly, “Ridgeway would tell me to go out and take grounders and shag flies.  I got to throw some batting practice and, after a while, they even let me warm up the pitcher.”

As a boy, Reliford watched Josh Gibson and Satchel Paige play in Negro League games at Blue and Grey Park in Fitzgerald.

Reliford was given a uniform.  When they handed out meal money for the ballplayers, he was given money, too.  When the team stopped at a restaurant and Jim Crow laws required Reliford to eat in the kitchen, Ridgeway would take the entire squad somewhere else.  “He’s a ballplayer like the rest of us,” Reliford recalls his skipper saying, “so he eats with us.”

On a July night during his third season with the Pioneers, the club traveled by bus to Statesboro, about 120 miles northeast of Fitzgerald, to play the Pilots.  The teams had similar records and were battling to stay out of the cellar in the eight-team Georgia State League.  It was “Elks Night” and Pilots Field was packed.  The game was a blowout.  With the home team up, 13-0, many of the 6,000 fans in attendance began to call for Reliford, shouting, “Put in the batboy!”

In the top of the eighth, Ridgeway acquiesced and sent Reliford to pinch-hit for Ray Nichting, the team’s best player.  Even though the skinny batboy was not on the roster, umpire Ed Kusick permitted the move.  Grabbing a fungo because it was the lightest piece of lumber in the bat rack, Reliford stood-in to face Curtis White, who was throwing a two-hitter.  After taking a fastball for ball one, Reliford hit a hard grounder down the line, where the third baseman backhanded it and threw the boy out by a step.  After White retired the side, Joe was sent in to play right field.

Hoping to get a ball to show off his arm,  Reliford got his wish.  With a runner on first and one out, the Statesboro batter hit a ground ball through the right side.  Not thinking a boy who had not yet reached seventh grade could throw, the runner tried for third and the ball was waiting for him when he arrived.  Joe threw him out on the fly for the second out of the inning.  Harold Shuster was next.  Working on a 21-game hitting streak, the third-year outfielder hit a slicing drive into the right-field corner.  Reliford ran back to the fence, which was about five feet high [even with his head].  Just before it cleared the fence, Joe nabbed the ball for the third out.

“That one inning of baseball made me a celebrity,” Reliford said.

The crowd went crazy.  Fans came pouring out of the stands toward Reliford, who was petrified.  “All those white folks came straight at me, and I was so scared I shut my eyes and expected the worst,” he said.  The fans made quite a fuss, slapping Reliford on the back and stuffing his pockets with money.

It was the inning of a lifetime.  Joe Reliford – the batboy — had gone oh-for-one with one put-out, one assist and a career fielding percentage of 1.000.  Five years after Jackie Robinson had become the first black player in Major League Baseball, a 12-year-old had just desegregated the Georgia State League.  “I like to think I helped break the ice for African-American players in the Deep South,” Reliford said.  “Many players, including Willie Mays and Willie McCovey, played minor league ball down here on their way to the majors.”

On the bus ride home, Ridgeway, who died in 2008, told the team, “If you ever make it to the Major Leagues, you can say you played with the youngest player in history.”  The Georgia State League fired Kusick, and suspended and fined Ridgeway $50 for “making a mockery of the game.”  The people of Fitzgerald took up a collection and paid Ridgeway’s fine.

The next season Joe played with Fitzgerald’s all-black minor league team, the Lucky Stars.  As a publicity stunt, team owners took him to the spring training camp of the Jacksonsville Tars, the Class-A affiliate of the Boston Braves.  There, a 19-year-old shortstop named Henry Aaron was the talk of the camp.  The Tars did not sign Joe, and his professional baseball career didn’t last.

The photo of Reliford catching a baseball near the wall was staged by a photographer who took it July 20, the day after Joe robbed Shuster of a homer.

A four-sport athlete at Monitor High School, Reliford scored 15 to 20 points a game in basketball.  While he also played baseball and ran track, Joe’s favorite sport was football.  A talented running back, he received several scholarship offers before opting to play for the legendary Jake Gaither at Florida A&M, a historically black university in Tallahassee.

After an injury curtailed his football career, Reliford studied electronics and became a phonograph technician.  He married, had three kids, and made his home in South Georgia, where he earned a nice living as a jukebox mechanic.  Mr. Reliford later served as a police officer, city commissioner and coached football and basketball at the local high school.  He retired in 1998.

Joe Reliford’s achievement that hot July night nearly 67 years ago has been recognized in the Guinness Book of World Records and on the Ripley’s Believe It or Not television program.  In 1991, a display honoring his accomplishment was erected in the National Baseball Hall of Fame.  On June 25, 2008, Joe Louis Reliford threw out the first pitch before a game between the Angels and Nationals at Nationals Park in Washington, D.C.