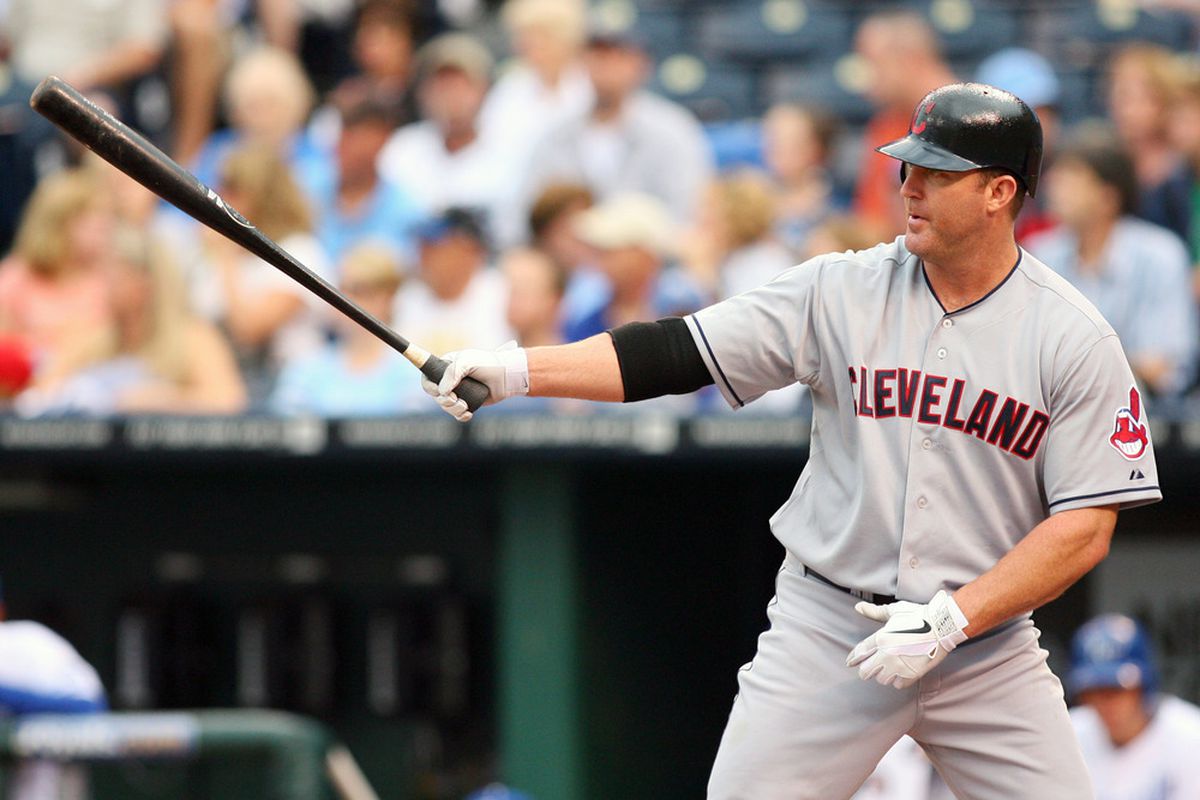 Only eight players in major league baseball history have hit over 600 career home runs and James Howard Thome [TOE-may] may be the nicest person on that list.

Born in Peoria, Illinois on this date in 1970, he was the youngest of five children born into a blue collar family of athletes. His aunt is a member of the Women’s Softball Hall of Fame and his grandmother was hired at the local Caterpillar factory strictly so she could play on the company’s softball team, the Dieselettes. He attended Limestone High School and followed in the footsteps of his two older brothers who had earned All-State honors in basketball and baseball. Considered an undersized prospect at 6’2”, 175 pounds, he continued playing two sports at Illinois Central College before being selected by the Cleveland Indians in the 13th round of the 1989 MLB Draft following his freshman year at ICC. He was assigned to the Gulf Coast League and struggled until meeting hitting guru and future manager Charlie Manuel, who suggested, as a relaxation technique, he point his bat toward center field before each pitch like Roy Hobbs did in the movie, The Natural. It became Thome’s signature move. He made his MLB debut on September 4, 1991 against the Minnesota Twins at third base, going 2-for-4 and hit his first career homer one month later. He spent two seasons bouncing back and forth between the Indians and their AAA affiliate until landing a permanent spot on the big league club in 1994. He led the Tribe to the World Series in 1995, where they lost to the Atlanta Braves and moved from third to first base prior to the 1997 season, a year in which he hit 40 home runs and drove in 102. Cleveland played in the World Series again that year and lost to the Florida Marlins in seven games.

Thome continued to be productive in Cleveland, setting a single-season franchise home run record with 52 in 2002, and joined the Philadelphia Phillies as a free agent for the 2003 season. He continued to be productive, tying for the league lead in home runs during his first year and hitting his 400th career dinger in 2004. In 2006, he asked to be traded to the Chicago White Sox so he could be nearer his family and hit 42 home runs while driving in 109 in his first season as a designated hitter. One year later, he hit his 500th career homer, a walk off, and became the 23rd player in MLB history to join the 500 home run club and had moved to 11th place on that list by the end of the 2008 season. He bounced from the Dodgers to Minnesota, then from Cleveland to Philadelphia, and finally to the Orioles over the next four years until injuries forced his retirement following the 2012 season.

Jim Thome was a five-time All-Star in his 22 major league seasons, led the NL in home runs in 2003 and was named AL Comeback Player of the Year in 2006. He won a Silver Slugger Award in 1996 and the Roberto Clemente Award for sportsmanship and community involvement in 2002. He is in seventh place on MLB’s all-time home run list with 612 and collected 2,328 hits while driving in 1,699 runs over the course of his career. He hit more than 40 home runs in six different seasons and twice was honored with the Marvin Miller Man of the Year Award. He was voted the most popular athlete in Cleveland sports history in a fan poll conducted by The Plain Dealer in 2003.