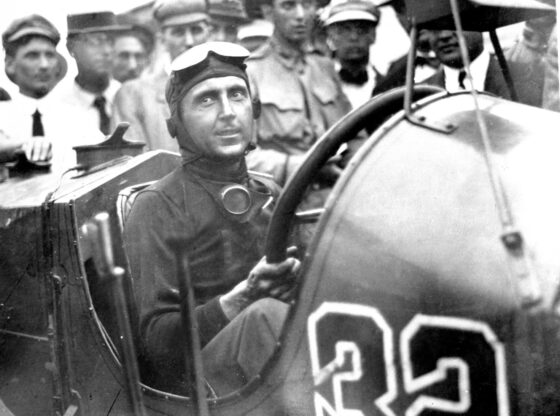 The 102nd running of the Indianapolis 500 gets underway this Sunday.  The inaugural race took place in 1911.  That year, Ronald Reagan was born, Fenway Park broke ground, and Chevy was founded.

The Greatest Spectacle in Racing is motorsports’ marquee event.  History has been made and legends born at The Brickyard.  Here are the ten greatest drivers in Indy history.

Ray Harroun.  The first, last, and only first-race winner. The Little Professor won the 1911 event driving the Marmon Wasp at an average speed of just under 75 miles per hour.

Louis Meyer.  Indy’s first three-time winner captured his first 500 win as a rookie, in 1928.  His second victory came in 1933, when he started the tradition of drinking milk in victory lane.  Meyer’s last win at The Brickyard was in 1936, when he became the first driver to receive the Pace Car as part of the winnings.

Wilbur Shaw.  The second driver to win the 500 three times — and first repeat champion — Shaw helped save the race.  The Indianapolis Motor Speedway was shut down during World War II and fell into disrepair.  Dismayed with the condition of the track following the war, Shaw single-handedly found a buyer for the Speedway.  Racing resumed in 1946, and Shaw was appointed as the first president of the IMS.

Bill Vukovich.  The 1953 and 1954 Indy 500 winner.  In 1955, the Silent Serb was running away with a third straight title when a slower car got into his path.  Vukovich’s Kurtis Kraft car inexplicably became airborne and flipped over the backstretch retaining wall.  Vuke died instantly.

Jim Clark.  The first foreign-born winner in nearly five decades.  Clark changed Indy forever when, in 1965, he became the first to win in a rear-engine car.

Parnelli Jones.  The oldest living 500 winner, Rufus Parnell Jones has one of the coolest nicknames in racing history.  In 1962, he became the first driver to qualify at over 150 mph.  Parnelli won the race in 1963, then famously broke down while leading the 1967 event with three laps to go.

Al Unser Sr.  The second of three drivers to have won the 500 four times.  Perhaps the most underrated driver of his era, Big Al first won at Indy in 1970.  His fourth and final 500 victory came in 1987.  Al Unser Sr. is the only person to have both a sibling [Bobby] and child [Al Jr.] as fellow Indy winners.

Dan Wheldon.  A two-time champion who lost his life in a crash five months after his second Indy win.  Nobody appreciated being a winner of the 500 more than the immensely-popular Dandy Dan  — nobody.

Mario Andretti.  Arguably the greatest race car driver in history, Andretti won at the Brickyard only once: in 1969.  Super Mario should have won Indy at least four times, but without his one win he wouldn’t be Mario Andretti.