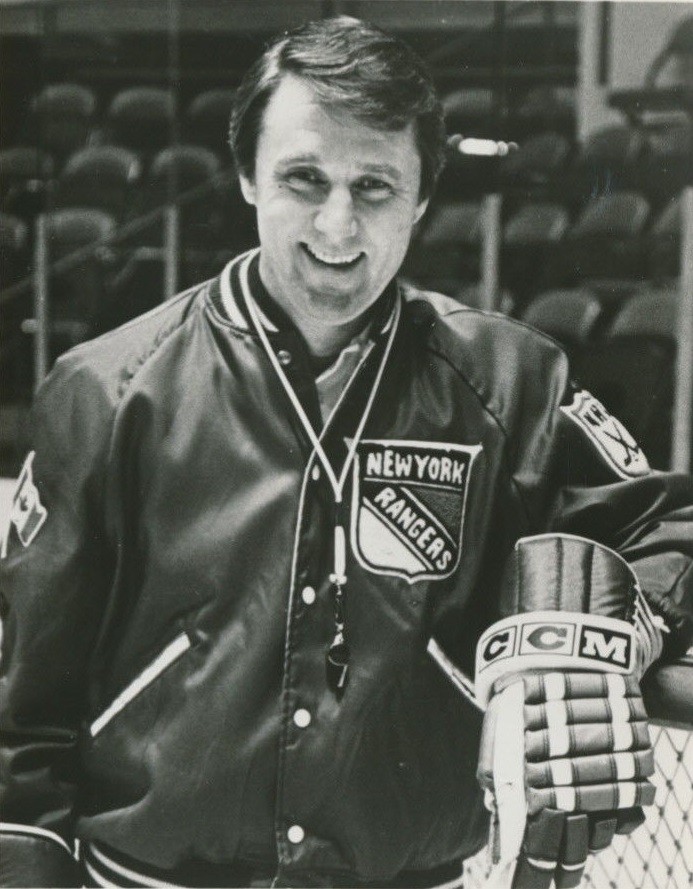 Herbert Paul Brooks, Jr. coached the most famous team in the history of American ice hockey – the 1980 U.S. Olympic team.

Born in St. Paul, Minnesota, on August 5, 1937, he was the oldest of three children born to an insurance underwriter.  Young Herb started playing hockey at four, learning to skate on ponds near his home.  He attended Johnson High School—alma mater of comedian Louie Anderson and former U.S. Supreme Court Justice Warren Burger—where he led the Governors to the 1955 Minnesota state hockey championship, the third in school history.  At that time, Johnson High was considered a feeder school for the University of Minnesota’s ice hockey team, and Brooks enrolled at UM to play for legendary coach John Mariucci [Daily Dose, January 25].  Brooks tallied 45 points during his four-year career with the Golden Gophers and was invited to try out for the 1960 U.S. Olympic team, where he was the last man cut by coach Jack Riley one week before the tournament began.  The team would win the gold medal in The Forgotten Miracle of the 1960 Winter Games in Squaw Valley, while 22-year-old Herb Brooks, “sat in a bar and watched it on television, yelling like Archie Bunker.”  Between 1960 and 1970, Brooks set a record by playing on eight U.S. National and Olympic teams, including the 1964 and 1968 Olympic squads, but never earned a medal.  After a brief stint selling insurance, he took over the last-place hockey program at UM in 1972.  Two years later, he led the Gophers to the NCAA title, the first of three championships he would win during his seven years at the school. “The common denominator of all the guys who played during my seven years was that they were really competitive, very hungry, very focused, and mentally tough.”  In 1980, Herb Brooks was hired to coach the U.S. Olympic team.

The Soviet Union entered the 1980 Lake Placid Games as the best hockey team in the world, having won the four previous Olympic gold medals and going 27-1-1 since losing to Team USA in 1960.  During that time, the Soviets had outscored opponents 175-44, including a cumulative score of 28-7 in head-to-head matches against the U.S.  The Russians were professionals, featuring veteran players who trained in world-class facilities.  The Soviets had routed the NHL All-Stars, 6-0, in the 1979 Challenge Cup and entered the Olympic Games as the heavy favorite.  The Team USA was the youngest in history and had played 61 games in five months against international competition, including a 10-3 drubbing at the hands of the Soviets on February 9—just one week before the start of the 1980 Olympic tournament.  Herb Brooks emphasized a physical, wide-open style of play based on superb conditioning and cohesiveness.  After tying Sweden in the first game of the tournament, the Americans reeled off four straight wins to advance to the medal round and a match against the Soviets, who had gone 5-0 the opening round.   On the evening of February 22, Brooks told his team prior to the game, “You were born to be a player.  You’re meant to be here at this time.  This is your moment.” After scoring first and dominating the first two periods, the Soviet team entered the third and final stanza leading by a goal, setting up the most exciting 20 minutes in American hockey history.  Team USA scored on a power play goal at 8:39 to tie the game 3-3.  Two shifts later, captain Mike Eruzione fired a shot past backup goaltender Vladimir Myshkin—who had replaced Vladislav Tretiak, the best goaltender in the world—to give the Americans a 4-3 lead with ten minutes remaining.  Brooks implored, “Play your game!  Play your game!” to his youngsters, who held the panicky Soviets scoreless in the final minutes to complete the unimaginable.  Two days later, Team USA disposed of Finland, 4-2, to win the gold medal while becoming the most beloved team in American sports history.

Herb Brooks was not a player’s coach.  He worked them tirelessly and motivated by fear.  George McPhee recalled, “I was fortunate to play for Herb in New York as a pro.  Herb’s real ability was being able to push people beyond where they thought they could go.”  Brooks was an innovator, teaching strategies he had learned in Europe.  He led a ragtag group of collegians and minor leaguers to a win over the best hockey team in the world—the “Miracle on Ice”—in what was the greatest sporting achievement of the 20th century.  Eric Heiden, [Daily Dose, February 15] who was in the stands in Lake Placid the night before his gold medal-winning performance in the 10,000 meters speed skating final, called it, “the greatest victory in the history of sports.”  After the 1980 Olympics, Mr. Brooks coached in Switzerland.  From 1981-85, he led the New York Rangers, earning Coach of the Year honors in 1982 .  In 1987, “Herbie” helped bring St. Cloud [MN] State’s hockey program from Division III to Division I before returning to the NHL, where he coached the Minnesota North Stars and New Jersey Devils.  Brooks guided the French team during the 1998 Winter Olympics before returning four years later to lead the U.S. team to a silver medal in the 2002 Salt Lake City Games.  Herb Brooks was killed in a one-car accident just north of Minneapolis in August 2003, just before the premier of “Miracle,” a movie of the 1980 U.S. Olympic hockey team.  His statue sits in St. Paul’s Rice Park, across from that of famed Minnesota author F. Scott Fitzgerald, who wrote, “Show me a hero and I will show you a tragedy.”  Mr. Brooks was inducted to the Hockey Hall of Fame in 2006, and the Herb Brooks Award is given annually to the Minnesota’s “most qualified player who strongly represents the values, characteristics and traits that defined Herb Brooks.”

“You’re looking for players whose name on the front of the sweater is more important than the one on the back.  I look for those players to play hard, play smart and to represent their country.”
–          Herb Brooks