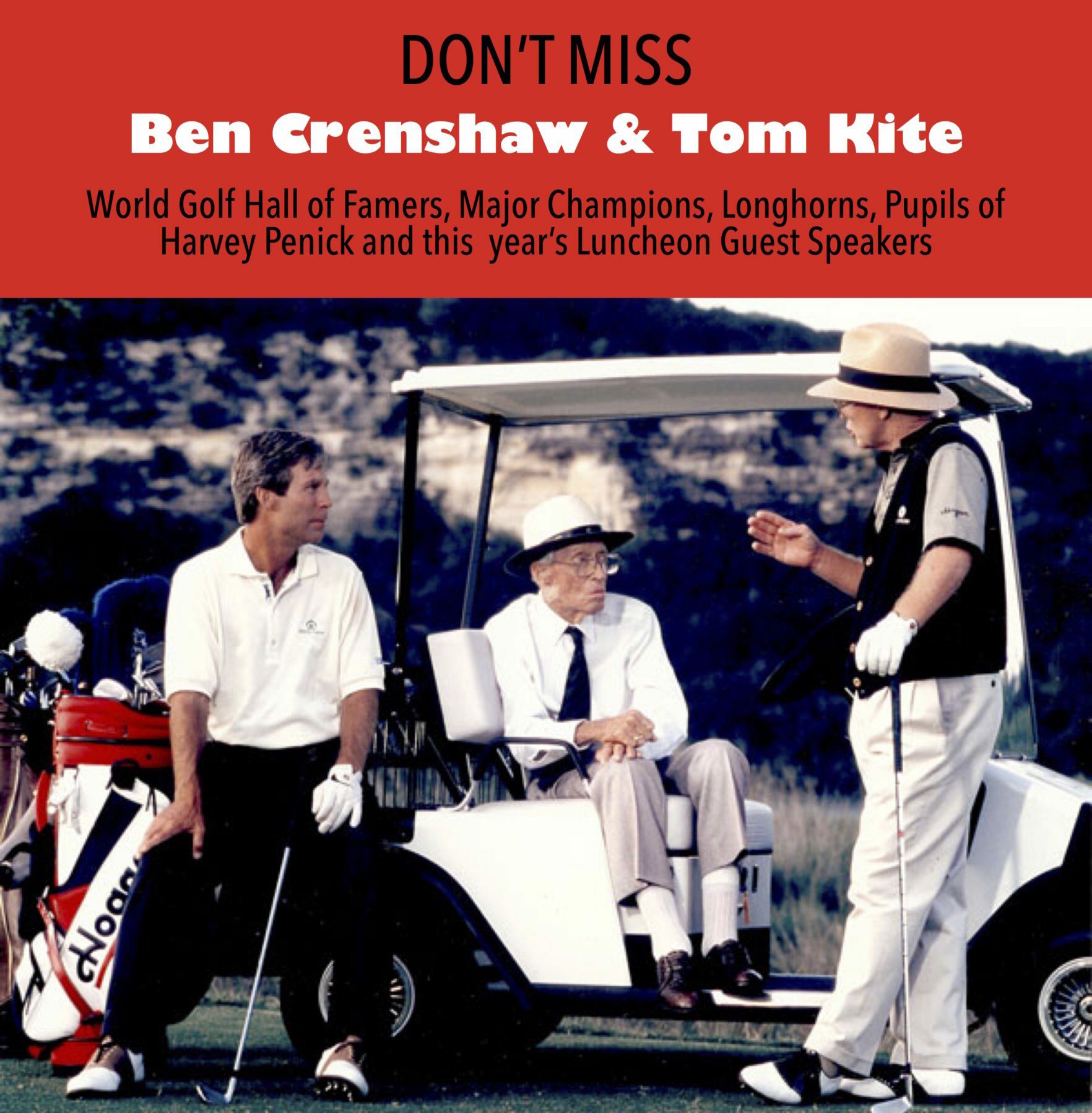 Harvey Penick claimed to have seen more golf shots than anyone who ever lived.

Golf tips are like aspirin.  One may do you good, but if you swallow the whole bottle you will be lucky to survive. The woods are full of long drivers. They used to call the University of Texas golf team Harvey’s Boys.  He coached the Longhorns from 1931 to 1963, winning 21 Southwest Conference titles in 33 years, including 20 of 23 seasons between 1932 and 1954.  Penick also influenced several premier instructors, including Davis Love, Jr., and six of his students became major championship winners.  In 1989, he was honored by the PGA of America as Teacher of the Year and, late in life, he became a best-selling author. Harvey was truly at home on the range.  The practice tee was his refuge — the site of his life’s work.  A Texas treasure, Penick’s skin bore witness to the countless hours he spent teaching in the scorching sun.  “Harvey had so many wrinkles,” quipped Jimmy Demeret, “his face would hold a seven-day rain.” As president of the Texas chapter of the PGA, Penick signed the Class A membership cards of Byron Nelson and Ben Hogan.  Harvey knew Bobby Jones, who said the secret of shooting low scores is the ability to turn three shots into two. Along with the grip and stance, Harvey taught honesty, integrity and character.  Revered for his simple, practical approach, Penick did not have a rigid system, allowing the student’s swing to fit his or her personality.  A kind and gentle man, he claimed to learn something new about golf every day.  The Socrates of the golf world, Harvey used visualization in his teaching, encouraging his students to “swing the club like you would a bucket of water” and imploring them to “take dead aim.”  Not into money or materialistic things, Penick never took more than $20 for a golf lesson.

Lessons are not to take the place of practice, but to make practice worthwhile. Born in Austin October 23, 1904, Harvey Morrison Penick began his golf career as a caddy at Austin Country Club at eight.  He became the assistant pro five years later and, after graduating high school, was promoted to head pro in 1923.  A good player, Penick considered joining the PGA Tour.  “I qualified for the U.S. Open at Olympia Fields in Chicago in 1928,” recalled Penick.  “It was the first time I was a long way from home.  I saw Walter Hagen hit that ball like a bullet.  I didn’t play very well and, coming home on that slow train, I thought I better stick to teaching.” Part of the first generation of Americans to succeed the English and Scottish pros who brought the game to the United States, Penick spent his life teaching golf.  “He found out he had a gift for teaching,” said Crenshaw.  “He was a fine player, but he made his life’s mission to help others in golf in any way possible.” For more than 60 years, Penick jotted observations into a little red notebook he carried around with him, tabbed according to various facets of golf.  One section was on putting, another on chipping, and so on.  He planned on passing these tidbits along to his son, Tinsley, who took over for Harvey as head pro at Austin Country Club in the early 70s, then decided to publish his ideas.

If you play golf, you are my friend. In 1992, he co-authored Harvey Penick’s Little Red Book.  Filled with insightful, easily understood anecdotes, the book was a New York Times bestseller for 52 weeks and became the highest-selling and most beloved golf book ever published.  Upon its release, London’s Daily Mail wrote “The Little Red Book is only a manual of golf if Moby Dick is about angling and The Merchant of Venice is a guide to investment.”  Harvey wrote four more golf books; all sold well.  The final three were published after Penick’s death.

I learn teaching from teachers.   I learn golf from golfers.  I learn winning from coaches. In the spring of 1995, Penick gave a putting lesson to Crenshaw from his deathbed.  Harvey died April 2 – the Sunday before the Masters began.  Crenshaw, who was in Augusta preparing for the tournament, returned to Austin to serve as a pallbearer at his longtime friend and mentor’s funeral on Wednesday, then made it back for his Thursday morning tee time.  Fueled by emotion that weekend, Crenshaw fired a 14-under 274 to become the second-oldest Masters champion, winning his second Green Jacket at 43.  “I had a 15th club in my bag this week,” a teary-eyed Crenshaw told reporters following the round. Austin Country Club was Harvey Penick’s home for 83 of his 91 years, and his presence is still there.  Just off the first tee stands a bronze statue of Harvey instructing Tom Kite.  A man of humble demeanor and tender nature, Harvey Penick was voted into the World Golf Hall of Fame in 2002, seven years after his passing.  In 2009, Mr. Penick, who first carried a bag the same year the RMS Titanic sank in the North Atlantic, was inducted into the Caddie Hall of Fame.