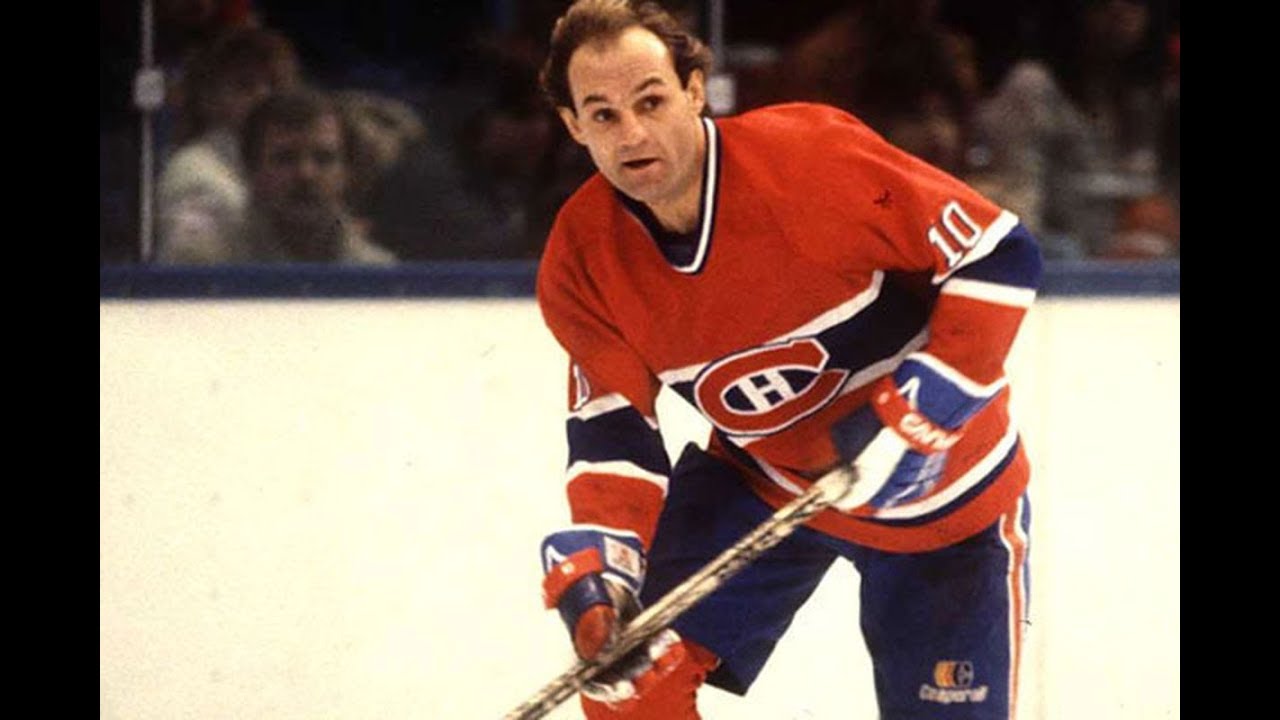 Guy Damien Lafleur is the first player in NHL history to score 50 goals and 100 points in six straight seasons.

Born in Thurso, Quebec, on September 20, 1951, young Guy [pronounced Gee] received a hockey stick and skates as a Christmas present when he was five. He slept while wearing his equipment in order to be ready to play before school in the morning. At ten, Lafleur [pronounced Leh-flew-er] worked out an arrangement with the manager of the local ice rink—the more jobs he did around the rink, the more ice time he got—and LaFleur became a “rink rat,” practicing several hours each day. Later that year, Lefleur was recruited by a team from nearby Rockland, Ontario, to join them for the prestigious Quebec International PeeWee Tournament, an event that drew 1,200 participants from all over North America. Lefleur, who possessed booming slapshot, scored 30 of his team’s 48 goals and was named the competition’s most outstanding player. He scored three goals in one game—a hat trick—and was photographed with his hero-Montreal Canadians’ Hall of Famer Jean Beliveau—placing a hat on the youngster’s head. In 1966, the 15 year old Lefleur signed a contract to play junior B hockey with the Quebec Aces. Lefleur quickly became the top junior hockey player in Canada, scoring 130 goals and 209 points in 1971 while leading the Quebec Ramparts to the Memorial Trophy as champions of junior hockey.

The Montreal Canadians won the Stanley Cup in 1971 and had a low pick in that year’s NHL Amateur Draft, so Montreal GM Sam Pollack made astute trades with the Oakland Seals and L.A. Kings in order to secure the top spot. Pollack chose Lafleur, who became the most eagerly anticipated arrival in Montreal since Beliveau 20 years earlier. The 6’0”, 185 pound right winger scored his first NHL goal on October 23, 1971 against the Kings and went on to finish the season with 29. He scored 28 the following year as Montreal won the Stanley Cup, and tallied 21 goals in his third season. Lefleur, who his teammates called “Flower,” blossomed in 1974-75, scoring 53 goals with 66 assists and emerged as the most exciting player in hockey. It was the first of six 50-goal, 100-point seasons he would post from 1974-1980. The Canadians dominated the NHL between 1975 and 1979, winning four straight Stanley Cup titles. “Le Demon Blond” [the blond demon] led the way, winning the Art Ross Trophy as top scorer in 1976, ’77 and ’78 and the Hart Memorial Trophy as league MVP in 1977 and 1978 and Conn Smyth Trophy as playoff MVP in 1977. In addition, he won three Lester B. Pearson Awards [ best player in the league as voted by his peers] and earned the Lou Marsh Trophy as Canada’s best athlete in 1977. The Canadiens’ dynasty ended after the 1979 season and Lafleur’s production waned. His relationship with team management became increasingly strained and he opted to retire at the end of the 1985 season. Mr. Lafleur was inducted into the Hockey Hall of Fame in 1988 before coming out of retirement for three more seasons, playing for the New York Rangers and Quebec Nordiques between 1988 and 1991.

Guy Lafleur is the all-time leading scorer in the rich history of the Montreal Canadiens, notching 1,246 points [518 goals and 728 assists] in his 14 years with the Habs. He holds the franchise record for points in a season with 136 in 1976-77 and was the fastest player in league history—at that time– to reach 1,000 points, doing so in 720 games. He was inducted into the Canadian Sports Hall of Fame in 1996 and had his number 10 sweater retired by the Canadiens in 1985. In 1998, The Hockey News listed him number 11 on its list of 100 Greatest Hockey Players. The Guy Lafleur Award of Excellence was introduced in 1985 and is awarded annually to hockey players at the amateur level who “best combined hockey performance with academic excellence.”

On this date in 1984, Guy Lafleur shocked the hockey world when he retired from the Montreal Canadiens at age 33.