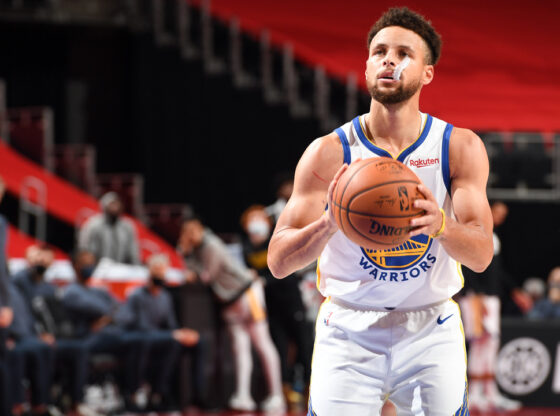 The NBA playoffs get underway this Saturday and free throw shooting will dictate which team wins the 2019 title.

Free throws should be easy points.

Players just have to throw a nine-inch-wide ball weighing 20 ounces through an 18-inch diameter rim.  The shot is uncontested, and the foul line is only 15 feet from the basket.  Although it seems simple, shooting free throws is as much a mental exercise as a physical art.  While some of the greatest players in NBA history – like Wilt and Shaq – struggle from the charity stripe, others are lethal from the line.

These former and current NBA players have the best career free-throw shooting percentages in league history.

Scott Skiles [88.91].   A first-round pick out of Michigan State in 1986, Skiles played ten seasons as a gritty point guard in the NBA.  He holds the league record for assists in one game with 30, and was named the NBA Most Improved Player in 1991.

Calvin Murphy [89.16].  A national baton twirling champion, this 5’9” point guard is the shortest NBA player inducted into the Basketball Hall of Fame.  He once held NBA records for most consecutive free throws made and best single-season percentage.  Murphy attempted 3,864 free throws in his 13-year career and only missed 419.

Ray Allen [89.39].  One of the best shooters of all time, this ten-time All-Star holds the NBA career record for most three-point field goals made.  A two-time NBA champion, Allen was inducted into the Naismith Basketball Hall of Fame in 2018.

Chauncey Billups [89.40].  A silky-smooth point guard, Mr. Big Shot was a clutch shooter with the game on the line.  He was also money from the charity stripe, where he posted a career average of 89.40 percent over 17 NBA seasons.

Peja Stojakovic [89.48]  A 6’9” forward, Peja is the tallest player on this list.  The 14th overall pick of the 1996 NBA draft, shot 45 percent from the field and connected on over 40 percent of his threes.  The steady Serbian twice led the league in free-throw shooting and finished his 13-year career with an 89.48 percentage.

Rick Barry [90.00].  The Miami Greyhound averaged nearly 25 points per game during his Hall of Fame career.  The only player to lead the NCAA, ABA and NBA is scoring, Barry was famous for shooting underhand – Granny style.  He led the league in free throw shooting seven times and at the time of his retirement in 1980 his .900 career free throw percentage ranked first in NBA history.

Mark Price [90.39]  Considered by many too small and slow for the pro game, Price made four All-Star teams.  He led the NBA in free throw percentage three times in his 12-year career, including 1993, when he made 289 out of 305 attempts.

Steve Nash [90.43].  A superb playmaker, Nash is third on the all-time assists list.  This eight-time All-Star and two-time MVP shot 49 percent from the field and nearly 43 percent from three-point range.  Nash made better than nine of every ten free throws he attempted during his brilliant 19-year career.

Stephen Curry [90.50].  Arguably the greatest shooter the game has ever seen, this baby-faced assassin has a lightning quick release.  A two-time MVP and three-time NBA champion, Curry has a career percentage of 90.5 percent, making him the best free throw shooter in NBA history.

Clyde Drexler
The Raiders are threatening to leave Oakland.  A Travesty
12 of the Greatest Athletes Ever to Live