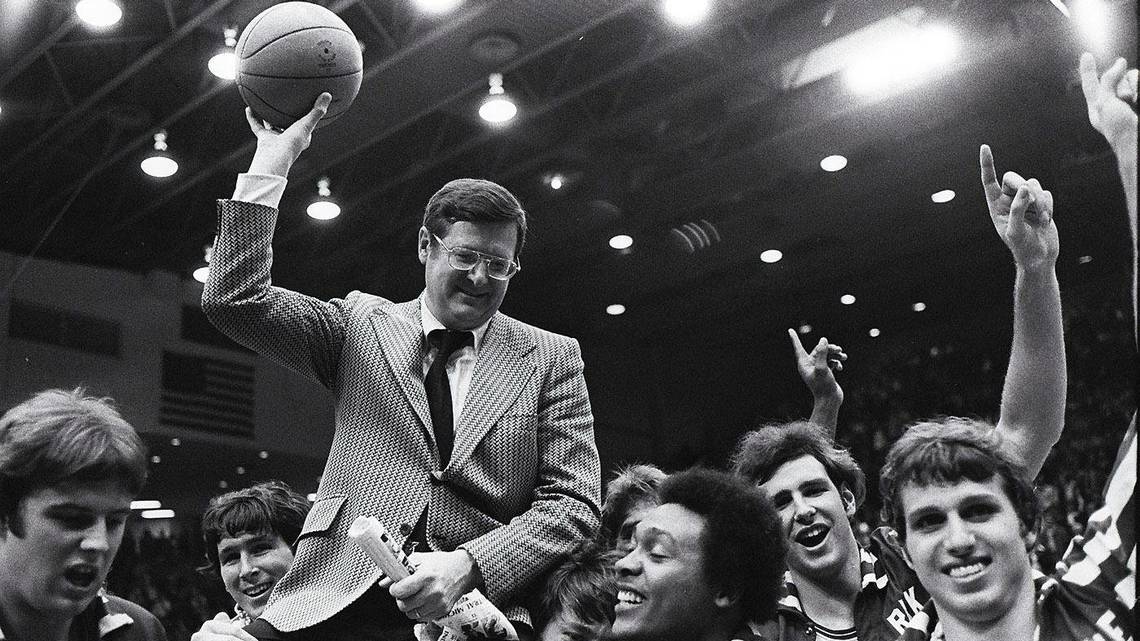 This weekend’s Final Four marks the conclusion of the 81st edition of the NCAA Division I Men’s Basketball Tournament.

March Madness is the most intense, compelling and unpredictable three weeks in sports.  From upsets to buzzer-beaters, nothing matches the agony and ecstasy of college basketball’s season-ending tournament.

America is fascinated with the event and the Final Four in particular.  Over 60 million fill out a bracket each year and one billion dollars is spent betting on outcomes.  The odds of filling out a perfect bracket are one in 9.2 quintillion: you’re more likely to die being crushed by a vending machine or becoming president than choosing every game correctly.

Bracket-busters be damned.  In honor of the Final Four, here are our favorite NCAA tournament fun facts.

From its onset in 1938 until the mid-1950s, the National Invitation Tournament was considered the most prestigious tourney in college basketball.  For nearly two decades, teams could participate in both the NIT and NCAA events.  City College of New York [CCNY] is the only school to claim titles in both brackets, in 1950.

Only three men have won an NCAA title as both player and coach.  Joe B. Hall was a reserve on the Kentucky team that won the 1948 title, then guided the Wildcats to the championship in 1978.  Bob Knight played in three straight title games with Ohio State, winning the 1960 NCAA championship.  He then led Indiana to national crowns in 1976, 1981 and 1987.  Dean Smith played football, baseball and basketball at Kansas, helping the Jayhawks to an NCAA hoops title in 1952.  Coach Smith then led North Carolina to eleven Final Fours, capturing titles in 1982 and 1993.

The NCAA tournament provides an economic boost not just to the cities hosting games but to the entire country.  Beer companies produce four million more barrels in March than they do in any other month.  Pizza orders increase nearly 20 percent.

If you like offense, then the second-round matchup in 1990 would have thrilled you, as Loyola-Marymount beat Michigan, 149-115.  It remains the highest-scoring game in tournament history.

Michigan’s Glen Rice holds the record for points scored in a single tournament, when he poured in 184 in 1989.  The career mark belongs to Christian Laettner, who tallied 407 points across 23 tournament games for Duke between 1988 and 1992.

The lowest seed to win it all was #8 Villanova, who upset Georgetown in 1985 in one of the most thrilling finals ever.

UConn is the only school to have won the men’s and women’s national championship in the same year.  And they’ve done it twice.  The Huskies ran the table in 2004 and 2014.

No five-seed has ever won a championship.  Butler, Indiana and Florida have risen from that spot to the title game, but none were victorious.

The only coach to win championships in both the NCAA and NBA is Larry Brown.  Coaching’s most notorious vagabond won with the University of Kansas in 1988 and the Detroit Pistons in 2004.

The first NCAA basketball tournament was held in Evanston, Illinois, in 1939.  Long before March became Madness, the Oregon Webfoots beat the Ohio State Buckeyes 46-33.  Just eight teams competed in that inaugural tourney [compared to 68 this year] and it remains the only national basketball title in Oregon history.

The 2008 tournament was the most predictable ever.  It is the only time all four No. 1 seeds – Kansas, North Carolina, UCLA and Memphis – locked horns in the Final Four.  In the final, KU knocked off Memphis 75-66 in overtime to capture their third NCAA crown.

The Final Four gets underway this Saturday in Minneapolis, where the national semifinals will be played at U.S. Bank Stadium.  Winners advance to Monday night’s title game, with tip time scheduled for 9:20 pm ET.