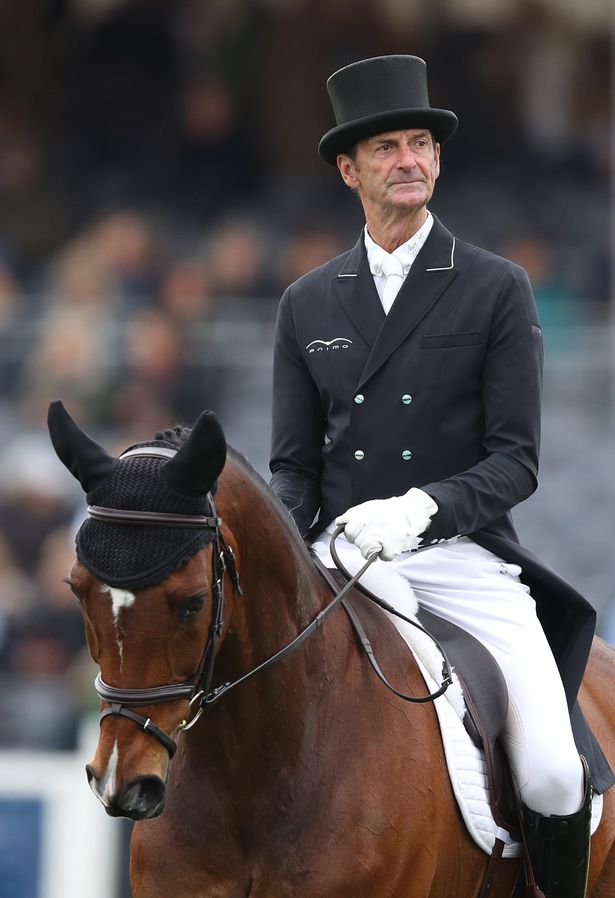 Sir Mark James Todd not only has three first names, but is the most accomplished equestrian in Olympic history.

Eventing, previously known as combined training, was first held in an Olympic competition in 1912.  It is an equestrian triathlon, combining three different disciplines in one competition set over one or three days, depending on the length of the courses and number of entrants.  Also known as horse trials, eventing includes dressage, cross country and show jumping.  Dressage is “the highest expression of horse training” and requires the horse and rider to perform from memory a series of predetermined movements.  Judges issue scores ranging from one to ten judged not against other competitors but against a common standard.  Dressage is held in an arena and each requirement has an increasing level of difficulty.  Olympic dressage competitions involve seven judges placed at various positions within the arena.  Judges look for balance, rhythm, suppleness and harmony between the horse and rider.  Cross country is an endurance test designed to prove the speed, stamina and jumping ability of the horse while demonstrating the rider’s knowledge of pace and use of the horse.  This phase consists of 30-40 fences, made of solidly built natural objects [logs, stone walls, etc.] and obstacles such as ponds, streams and ditches, placed on a long outdoor circuit.  Scoring is based on time and faults, which include refusals, jumping an obstacle in the wrong order, and retaking an obstacle already jumped.  If horse or rider falls during cross country, they are eliminated.  Show jumping tests the technical jumping skills of the horse and rider.  In this phase, 12-20 brightly colored fences are set up in a ring and horse and rider are judged on their ability to clear the obstacles in a specified time period.  Penalties are issued for knocking down obstacles, disobedience, jumping an obstacle in the wrong order, or exceeding the time limit.

In addition to the Olympics, the three most important eventing competitions include the Badminton Horse Trials, the Kentucky Three Day and the Burghley Horse Trials—the grand slam of eventing.  First held in 1949, Badminton is the sport’s most prestigious competition.  Cross country at Badminton, held near Gloucestershire, England, attracts a quarter of a million fans and is the second most-attended sporting event in the world, behind the Indianapolis 500 [Daily Dose, April 4].  Federation Equestre Internationale [FEI] is the international governing body of equestrian sports, which include seven disciplines—three of which comprise eventing.  The Concours Complet International [CCI] are ratings for the sport of eventing and are based on a “star” system.  The four-star level is the highest and one-star level the lowest of the FEI-recognized divisions.  There are seven annual CCI four-star events held around the world, including the grand slam competitions.  The Olympic competition is rated CCI****, but are made easier to allow a greater number of nations to compete successfully, at more of a three-star level.

Sir Mark Todd was born March 1, 1956, in Cambridge, New Zealand.  He competed in pony club—an international organization devoted to educating youths on horses and riding—as a youngster and considered becoming a jockey, but quickly grew to 6’2” and migrated to show jumping instead.  After competing as part of New Zealand’s first three-day eventing team in 1978, Todd moved to England.  Two years later, he won the first of four career titles at the Badminton Horse Trials.  That same year, he qualified for the 1980 New Zealand Olympic team but did not compete due to his country’s boycott of the 1980 Moscow Games.  In 1984, Todd won his first Olympic gold medal, riding Charisma, to become the first Kiwi to win an equestrian Olympic medal.   Four years later, he and Charisma captured gold in individual three-day mixed eventing—becoming the first person to win back-to-back individual titles since World War II– and claimed bronze in the team competition.  In 1992, Todd took the silver medal in Olympic team eventing, and claimed bronze eight years later in the Sydney Games.  He retired following the 2000 Olympics, but returned to competition in 2008.  “Toddy” became the second oldest Olympian in history in 2012, winning the bronze medal in team eventing in the London Games.

Sir Mark Todd is the pioneer of three-day eventing in New Zealand, paving the way for numerous future Kiwi Olympic medalists and world champions.  He was named to seven Olympic teams and competed in six consecutive Summer Games, winning two gold, one silver and three bronze medals.  Mr. Todd won the Badminton Horse Trials four times, including 2011, when he became the oldest winner in Badminton history.  He earned a record five wins at Burghley, claimed over 20 international titles and helped New Zealand to world championships in 1990 and 1998.  In 2012, Mark Todd joined fencing’s Aladar Gerevich [Daily Dose, March 16] for the longest gap [28 years] between Olympic medals. Todd carried the flag for New Zealand during opening ceremonies for the 1992 Barcelona Games, was voted his country’s Sportsperson of the Year in 1988, and is a member of the New Zealand Sports Hall of Fame.  In 2013, Todd was appointed a Knight Companion of the New Zealand Order of Merit for services to equestrian sport.

“We all owe a huge debt to Mark Todd.  He was the first, and he paved the way for the rest of us.” 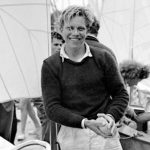