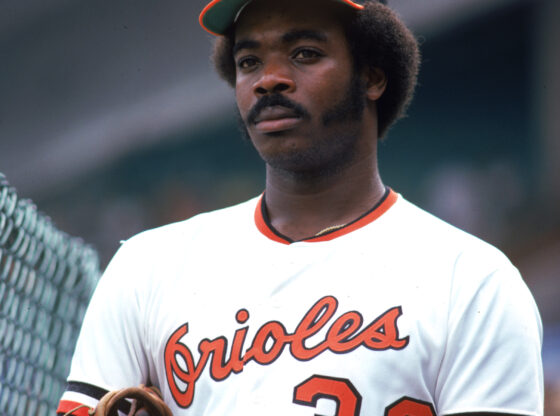 Eddie Murray has driven in more runs than any switch-hitter in baseball history. And that includes Mickey Mantle.

In 21 big league seasons, Murray averaged 24 home runs and 91 runs batted in.  He was the third player, after Hank Aaron and Willie Mays [Daily Dose, 8/17/15], to record 3,000 hits and 500 homers in a career.  No player in major league history has played more games at first base.  Lou Gehrig, the New York Yankees “Iron Horse,” played 2,130 games as a first baseman.  Murray chalked up 2,413, with almost 500 more as a DH [Daily Dose, 1/11/17].  Durable and dominant, Murray was one of baseball’s most consistent sluggers.  “Steady Eddie” drove in 75 or more runs 20 seasons in a row.  He led the American League in home runs and RBI in 1981 and homered from both sides of the plate in the same game 11 times.  Murray could do it all.  In addition to winning three Silver Slugger Awards as the best-hitting first baseman in baseball, he earned three Gold Gloves and twice led the American League in putouts, assists and fielding percentage.  An eight-time All-Star, Murray has more sacrifice flies [128] than any player in major league history.  He is second to Mantle in career home runs by a switch-hitter and his 19 career grand slams are fourth-most of all time, behind Alex Rodriguez, Gehrig and Manny Ramirez.  In 1986, Detroit Tigers manager Sparky Anderson called Murray the “best in the game.”

Born in Los Angeles on this date in 1956, Eddie Clarence Murray is the eighth of twelve children born to sharecropper parents who had migrated from Mississippi in search of a better life.  The Murrays were a talented baseball family, as all four of Eddie’s brothers went on to play professional baseball.  His younger brother Rich played two big league seasons as a first baseman for the San Francisco Giants.  Murray attended Locke High School near the Watts neighborhood, where he played baseball with future hall of famer Ozzie Smith [Daily Dose, 12/26/16].  After hitting .500 in his senior season, he was selected by the Baltimore Orioles in the third round of the 1973 amateur draft.  Following three seasons in the minors, Murray made his big league debut in April 1977.

Although only 21, Eddie Murray arrived to the majors as a seasoned hitter.  In his first season, he batted .283 with 27 home runs and 88 RBI and was named 1977 A.L. Rookie of the Year.  Murray moved to first base full-time the following season and led the O’s to the pennant in 1979, batting .295 while hitting 25 homers and driving in 99 runs.  Steady Eddie posted the first of six straight 100-RBI seasons in 1980.  Two years later, he earned the first of three consecutive Gold Gloves.  Murray had his best season in 1983, belting 33 homers while batting .306 and knocking in 110 runs.  It was also a great season for the Birds, who won the A.L pennant and faced the Philadelphia Phillies in the World Series.  After losing the first game of the Series, the Orioles won four straight, with Murray homering three times, including two towering shots in Game 5 to deliver Baltimore its first title since 1970.

Following 12 seasons in Baltimore, the O’s traded Murray to the Los Angeles Dodgers prior to the 1989 season.  Playing in his hometown, he drove in 279 runs over three seasons.  In 1992, Murray signed with the New York Mets.  In June, he broke Mickey Mantle’s record for RBI for a switch hitter when he drove in the 1,510th run of his career.  Murray knocked in 192 runs in his two seasons in New York.  In 1994, he returned to the American League, joining the Cleveland Indians.  The following season, he collected his 3,000th career hit and led the Tribe to their first World Series in 41 years.  Murray won Game 3 with an RBI single in the bottom of the 11th before the Indians succumbed to the Atlanta Braves in six games.

Midway through the 1996 campaign, Murray returned to the Orioles.  On September 6—one year to the date that his good friend and teammate Cal Ripken broke Gehrig’s record of 2,130 consecutive games—he launched his 500th career home run into the right field bleachers at Camden Yards.  As the Orioles faithful chanted “Ed-die, Ed-die, Ed-die,” Murray circled the bases while becoming just the third player in major league history to collect 3,000 hits and clout 500 homers in a career.  In 1996, Steady Eddie contributed ten homers to a Baltimore team that hit 257 on the year to surpass the 1961 Yankees—led by Mantle and Roger Maris [Daily Dose, 9/10/15]—for most single-season home runs in baseball history.  The Orioles made the postseason, where Murray batted .300 in two playoff rounds.  His final at-bat as an Oriole came in Game 5 of the 1996 ALCS, when he homered off Andy Pettitte of the Yankees.  Mr. Murray returned to Southern California in 1997, appearing in 46 games for the Anaheim Angels before finishing the season with the Dodgers.  Murray retired following the 1997 season having played in over 3,000 major league games during his 21-year career.

Eddie Murray was perhaps baseball’s quietest superstar.  Solemn and private, he avoided the press, who did not always treat him fairly.  Despite being voted the fourth-best player in Baltimore Orioles franchise history,  Murray was overshadowed on his own team by Cal Ripken, who stands alone atop the Orioles’ Mount Rushmore.  In a dozen full seasons in Baltimore, Murray hit at least 20 doubles every year and clubbed 20 or more homers 11 times.  He finished among the top five in AL MVP voting five times and was runner-up twice, including 1983, when he was second to Ripken.  “He was the best clutch hitter that I saw during the decade that we played together,” said former Orioles teammate Mike Flanagan.  “Not only on our team, but in all of baseball.”  The Sporting News listed Murray on its list of “Baseball’s 100 Greatest Players” in 1998 and baseball statistician/historian Bill James ranked him as the 5th best first baseman in history.  A statue of Mr. Murray sits inside a courtyard at Oriole Park at Camden Yards and the Orioles retired Mr. Murray’s number 33.  In 2003, Eddie Murray was elected to the Baseball Hall of Fame.

“When I got to the big leagues, there was a man—Eddie Murray—who showed me how to play this game, day in and day out.  I thank him for his example.”
—Cal Ripken Jr. 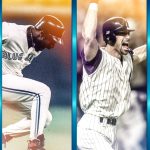 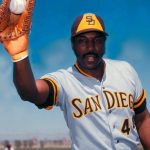 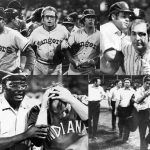 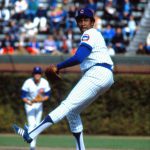 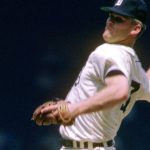 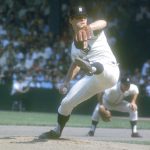