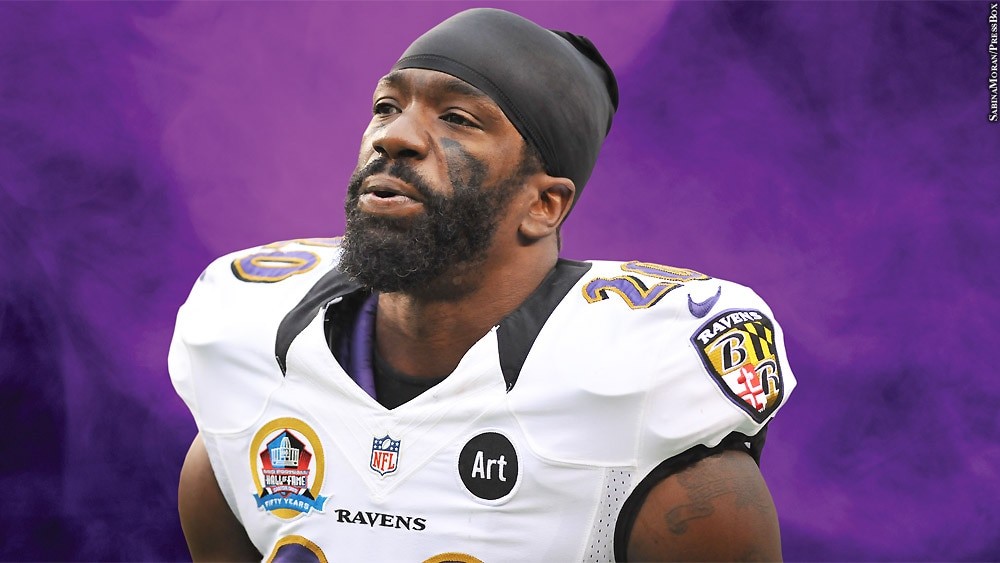 Edward Earl Reed Jr. may be the finest safety in NFL history.

Reed made safety a glamour position again. In 2004, he became the first safety in 20 years to be named NFL Defensive Player of the Year.

Not the fastest or strongest player on the field, Reed simply had the best instincts. A relentless ball hawk, he led the league in interceptions three times and finished his career with 64.

“There are good players, but then there are game-changers,” said Baltimore Ravens GM Ozzie Newsome, who drafted Reed in 2002. “Whenever we knew it was time for a play to be made, we would say to ourselves, ‘It’s Ed Reed time.’”

A man of mayhem, Reed was talented and possessed an unrelenting work ethic. He was notorious for how much time he spent studying film.

Good against both the run and pass, Reed was hungry for prey, and lured quarterbacks into throwing interceptions.

“I can’t say I’ve ever coached against anybody better than Ed Reed in the secondary,” said Bill Belichick, who has guided the New England Patriots to five Super Bowl titles.

Born in St. Rose, Louisiana – 20 miles outside New Orleans – September 11, 1978, Ed Reed was a special athlete. At Destrehan High School [which has sent over a dozen players to the NFL], Reed was an outfielder for the baseball team and averaged 20 points per game in basketball.

A standout long jumper, Reed was part of the 4 x 100 state champion relay team and set a high school record in the javelin throw. After being named New Orleans District defensive MVP, he accepted a scholarship to the University of Miami.

At Miami, Reed roomed with future Indianapolis Colt standout Reggie Wayne. He set numerous school records at The U, including 21 career interceptions. He also ran track, competing in the triple jump and javelin at the 2000 Big East Championships.

After leading the nation in interceptions, being named 2001 Big East Defensive Player of the Year, and helping the Miami Hurricanes to the national championship, the Baltimore Ravens picked Reed in the first round of the 2002 NFL Draft.

Reed cracked the Ravens’ starting lineup as a rookie. In his second season, he made his first Pro Bowl.

Along with Ray Lewis, Reed was the undisputed leader of the Baltimore defense. He led the Ravens to a victory in Super Bowl XLVII in 2012, and was voted to the 2000s All-Decade Team.

Mr. Reed had 643 combined tackles and 64 interceptions in 174 NFL games. He averaged nearly 25 yards per interception return, bringing back seven for touchdowns.

Ed Reed is the first person in NFL history to return an interception, a punt, a blocked punt and a fumble for a touchdown during his career.

After 11 seasons in Baltimore, Reed split his 12th and final season between the Houston Texans and New York Jets. The future hall-of-famer retired in 2013.

On this date in 2009, Ed Reed intercepted a Tom Brady pass and returned it 25 yards as the Ravens topped the Patriots, 33-14 , in an AFC Wild Card playoff win in Foxboro.