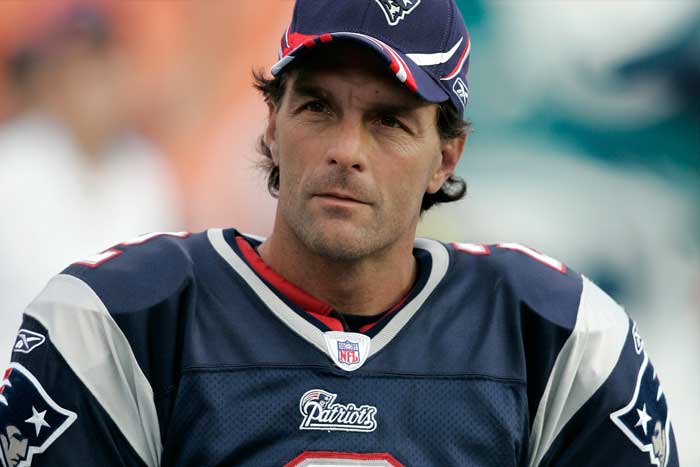 Flutie was voted the CFL’s Most Outstanding Player [MOP] a record six times in his eight years in the league.  He won three Grey Cup titles [the Super Bowl of the CFL] and was named MVP of each.  Flutie led the CFL in passing five times in eight years and once held four of the league’s five-highest single season completion marks.  He is the only player in pro football history to pass for over 6,000 yards in a season – and did it twice.

In 2013, Peyton Manning threw for an NFL-record 5,477 yards, breaking the mark Drew Brees set two years earlier.  Only five players in NFL history have ever passed for more than 5,000 yards in a single season.  In 1991, Doug Flutie passed for 6,619 yards, more than any player in any league in any year.  In eight CFL seasons, Flutie surpassed Manning’s 2013 single-season record six times.

One of the best running quarterbacks ever to play the position, Flutie was also a big-play passer.  His yards-per completion average was high while his sack rate was low.  Playing with Calgary in 1994, Flutie threw a CFL-record 48 touchdown passes.  That same year, he rushed for a career-high 760 yards and eight touchdowns while earning the fourth of his six CFL MOP Awards.

At 5’9”, 175, Flutie was always considered too small to play big-time football.  A three-sport standout at Natick High School, nearby Boston College was the only D-1 school to offer the diminutive quarterback a scholarship.  At B.C. he became the Magic Flutie.  He won the starting quarterback job as a freshman, then, as a sophomore, led the Eagles to their first bowl game in 40 years.  In his junior season, Flutie guided the Eagles to a Liberty Bowl berth and their first top-20 finish since 1942 while ending up third in Heisman Trophy voting.

Flutie’s senior season was one for the ages.  He led the nation in passing yards and touchdowns while averaging 5.7 yards per rushing attempt.  After piloting B.C. to the best record in school history [10-2], Flutie became the first quarterback to win the Heisman since Pat Sullivan in 1971.  He was named recipient of the Maxwell and Davey O’Brien Awards as well as 1984 Walter Camp Player of the Year.  Flutie capped his brilliant career by leading B.C. to a 45-28 thrashing of Houston in the Cotton Bowl.  The Eagles finished fourth in the nation [best in school history] and Doug Flutie left B.C. as the NCAA’s all-time passing leader.

Flutie spurned the NFL for the United States Football League, signing with Donald Trump’s New Jersey Generals for a pro football record seven million dollars in February 1985.  Two months later, the Los Angeles Rams selected Flutie with the 285th pick of the NFL draft, making the diminutive signal caller the lowest drafted Heisman winner in history.   He entered the USFL with much hype and fanfare, and threw for 13 touchdowns and 2,109 yards before suffering an injury that ended his season with three games remaining.  The league folded in 1986.  The following year, Flutie appeared in four games for the Chicago Bears, where injured Bears quarterback Jim McMahon famously dubbed the team’s new acquisition “America’s midget.”

Chicago traded Flutie to New England in 1987, where he played three seasons with the Patriots.  In 1990, he fled to Canada and joined the B.C. Lions.  Flutie played for three teams during his eight seasons in the CFL.  He thrived in the up-tempo Canadian game, playing in four Grey Cups and winning three.  Flutie returned to the NFL in 1998 with the Buffalo Bills, where he earned Pro Bowl and NFL Comeback Player of the Year honors.  He played three seasons in Buffalo and had the highest winning percentage of any quarterback in the NFL before signing with San Diego in 2001.

In 21 professional seasons, Doug Flutie threw for over 56,000 yards and 356 touchdowns.  But the signature play of his career was “The Pass.”  On the day after Thanksgiving in 1984, Boston College trailed Bernie Kosar and the defending national champion Miami Hurricanes, 45-41, in the Orange Bowl.  With just six seconds left and the ball at midfield, Flutie called “55 Flood Tip,” which called for his receivers to run to the end zone and attempt to tip a jump ball to an open receiver.  He scrambled around, then hurled the most famous of panic passes to the goal line.  Flutie’s heave traveled 63 yards in the air.  Not believing the 5’9” quarterback could throw it that far, Miami’s defensive backs allowed wide receiver Gerard Phelan to get behind them.  The ball landed in the arms of the untouched Phelan in the end zone, giving Boston College a 47-45 victory.  Dubbed the Hail Flutie, it remains one of the greatest plays in college football history.

Flutie is a Renaissance man.  Hall of Fame coach John Madden once said, “Inch for inch, Flutie in his prime was the best QB of his generation.”  A distinguished student, Flutie was a finalist for a Rhodes scholarship as a senior at Boston College.  With brother Darren on guitar, he plays drums in the Flutie Brothers Band, and once played with Boston at a tribute concert.  An active philanthropist, Flutie organized a charity team to run in the 2014 Boston Marathon, then decided at the last instant to join.  The 51-year-old former quarterback finished in 5:23.

As Drew Brees’ backup in San Diego, Flutie came off the bench in 2003 to earn AFC Offensive Player of the Week honors for the fourth time in his career.  The following year, the 42-year-old signal caller became the oldest player to score an NFL touchdown.  Flutie returned to Boston in 2005, signing with the Patriots to back up Tom Brady.  Taking the field for the final time of his career on New Year’s Day 2006, Flutie drop kicked an extra point in the season finale over Miami.  It was the NFL’s first successful drop  kick since 1941.

Doug Flutie retired as a player after the 2005 season, at 43.  The following year, he was voted the greatest player in CFL history and, in 2009, was elected to the Canadian Football Hall of Fame.  Now an analyst with NBC Sports, Flutie received several honors in 2007.  He was elected to the Boston College Hall of Fame and had his number 22 retired by the school, then was voted into the College Football Hall of Fame.  Flutie capped the year by being enshrined into the Canada Sports Hall of Fame, becoming the first non-Canadian inductee.