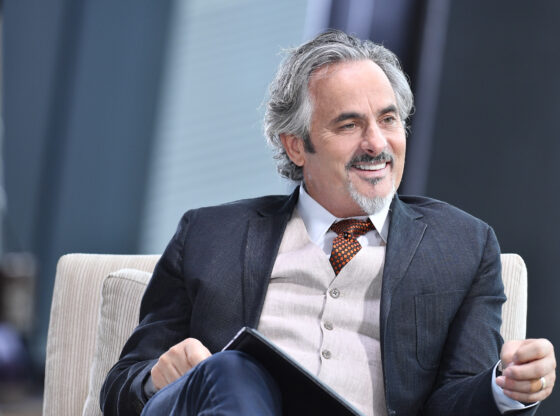 A former player-turned-analyst, David Feherty is the funniest man in golf.  Bright, witty and incredibly insightful, he is a breath of fresh air in a stodgy sport.  Feherty has described Jim Furyk’s quirky swing as looking “like an octopus falling out of a tree.”  Speaking of the trouble Tiger Woods was having off the tee during his comeback from back surgery, Feherty quipped, “I’m not sure he could hit the sea off an aircraft carrier.”

Following a 20-year career in which he played on both the European and PGA Tour, Feherty joined CBS as an on-course reporter and golf analyst in 1997, and immediately transformed telecasts from hushed, reverential observations to fall-out-of-your-chair comedy bits.  “Watching Phil Mickelson play golf,” Feherty assessed of Lefty’s go-for-broke style of play, “is like watching a drunk chasing a balloon at the edge of a cliff.”

A columnist for Golf Magazine, Feherty is the best-selling author of four books, including Somewhere in Ireland a Village Is Missing an Idiot, and since 2011 has hosted his own primetime show — called Feherty — on the Golf Channel.  Since November 2014, the clever Irishman has been performing Feherty Off Tour – Wandering Around On His Own, a 100-minute performance of straight stand-up comedy.  He performs 24 nights a year, three nights per week, on eight occasions – and the show is hysterical.

Exhibiting remarkable kindness and compassion, Feherty is beloved both on and off the course.  Friendly and approachable, he makes players and caddies laugh and feel comfortable, providing him unprecedented access inside the ropes.  “David is unique in the world of sports analysts,” said Sean McManus, CBS Sports chairman.

Feherty joined CBS as an on-course commentator at the same time Tiger Woods arrived on Tour, and the two immediately bonded.  “I was covering him in almost every tournament he played; I was following him each round,” recalls Feherty, who worked for CBS for nearly two decades.  “And he was brilliant.  My children won’t see that kind of golf, their children won’t see that kind of golf.”

Feherty’s quick-witted observations are unique.  He sees the game and those who play it, through a different lens.  After watching an other-worldly shot by Woods: “Never has my flabber been so completely gasted.”  His quips are unforgettable.  “That ball is so far left Lassie couldn’t find it even if it was wrapped in bacon.”

Feherty was discovered by long-time CBS golf analyst and former Tour pro Gary McCord during a rain delay at The International in 1995.  Killing time during the delayed second round for USA Network, McCord interviewed the wild-eyed Irishman, who had people falling over with laughter while he talked.  McCord invited Feherty to join him in the tower on 15  the next day, and he proved to be brilliant.  CBS offered him a three-tournament contract for the rest of the year, then hired him full time in 1997.

Between his eponymous television show, writing, stand-up act, golf outings, speaking engagements, and analyst work for NBC and Golf Channel, David Feherty is a busy man.  Spare time is his worst enemy.  “I’m hopelessly ADD and I don’t sleep,” he deadpans.  One of Feherty’s first jobs was at Holywood Golf Club in Belfast, where Rory McIlroy’s father, Gerry, tended bar.

Born August 13, 1959, in the outskirts of Belfast, Northern Ireland, David William Feherty is one of three children born to a docks surveyor father and a mother who was a homemaker.  He grew up in Bangor, County Down, where he aspired to be an opera singer.

David Feherty turned pro at 17 and spent most of his playing career in Europe.

He won five times on the European Tour after getting his card in 1980 and was on the European Team for the infamous War by the Shore Ryder Cup match at Kiawah in 1991.  Feherty twice finished in the top ten in the European Tour’s Order of Merit [money list], and his best showing on the PGA Tour was a second-place finish at the 1994 New England Classic.

“You can’t play golf for 20 years and be an average player,” observed Feherty.  “I was a good player, but I was never going to be a top-echelon player, because I didn’t want that responsibility.”  On he and former caddy, Rodney Wooler, being on the same page: “Not only was Roger never on the same page as me,  he was seldom in the same book and often not even in the same library.”

The self-deprecating Irishman has had a long battle with depression and alcoholism.

In 1986, after winning the Scottish Open in Glasgow, he went on a bender and awoke two days later on a putting green 150 miles away – alongside Led Zeppelin’s road manager.  He still doesn’t know whatever became of the trophy.  Once, while playing in the Swedish Open, he went out for a drink and arose the next day in Denmark.  “I was the Tiger Woods of drinking,” says Feherty.

In addition to drinking prodigious amounts of booze, Feherty abused cocaine and marijuana.  A typical day included 30 to 40 Vicodin and two-and-a-half bottles of Bushmills.  “After I told the doctor how much I was drinking,” said Feherty,” he asked, ‘Have you thought about getting help?’  No, I said, I can drink it all by myself.”  With the help of his wife, Anita, and former Tour player Tom Watson, he got sober in 2005.

Feherty replaced partying with cycling, often riding 50 miles each day, and was badly injured when hit by a truck while riding near his Dallas home in 2008.  Diagnosed with bipolar disorder in 2011, Feherty takes 14 pills every day to help him deal with his mental and physical maladies that will never go away.

“I don’t dance,” says Feherty.  “The Irish don’t dance.  We hold each other up.”  Golf’s wittiest commentator lost his 91-year-old father, Billy, to Alzheimer’s in November 2016.  His dream foursome would include Jack Nicklaus, with whom he has never played, Annika Sorenstam, who he has also never played with.  And his dad.  “I’d like to play one last round with him.  I loved him very much.”

Feherty, who became an American citizen in 2010, left CBS at the end of 2015 to work full time for NBC Sports.  The deal allows him the opportunity to cover the Olympics and Ryder Cup, extend his Golf Channel series, and pursue other entertainment projects.  In 2008, Mr. Feherty co-founded Feherty’s Troops First Foundation, whose mission is to “develop, operate and support wellness, quality of life and event-based initiatives for post-9/11 combat-injured Warriors.”

The PGA Tour visits La Quinta, California, this weekend for the CareerBuilder Challenge.  Coverage will be provided by Golf Channel, but Mr. Feherty will not be covering the event.  Check local listings for broadcast times in your area.