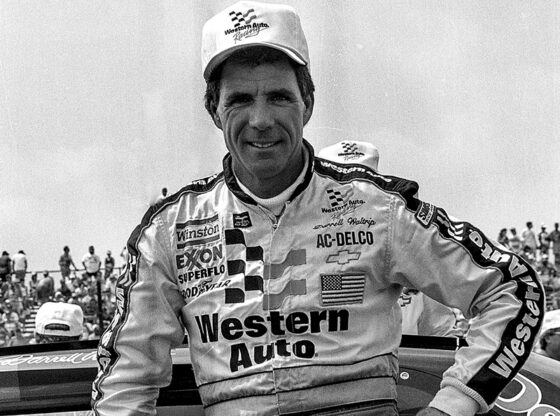 Born in Owensboro, Kentucky—“Barbeque Capital of the World”—on February 5, 1947, Waltrip started racing go-carts at age 12.  He entered his first stock car race shortly after obtaining his driver license at 16, competing in a 1936 Chevrolet coupe he and his father built at a dirt track outside Owensboro.  Waltrip slammed into a wall, crashed the car, and returned to racing on asphalt, where he could utilize the skills he had developed racing go-karts.  He grew up racing at Kentucky Motor Speedway and Ellis Raceway, where his success attracted the attention of driver/owner P.B. Crowell while driving the “Big 100” car.  Crowell convinced Waltrip to move to Nashville, where he raced at Fairgrounds Speedway, winning a record 67 times there, including track championships in 1970 and 1973.

In May 1972, Waltrip competed in his first NASCAR race at Talladega, finishing 38th out of 50.  He had three Top-Ten finishes in five starts, led seven laps, and earned $ 8,615 his rookie season.  Three years later, he won his first Cup race at the Music City 420 in Nashville before going on to take the Capital City 500 in Richmond in October.  Between 1975 and 1989, “DW” won at least one Cup Series race, winning a dozen times in both 1981 and 1982 to earn two of his three career Cup Series titles.  Waltrip claimed his final Series title in 1985 and finished runner-up three times.  In 1992, Mr. Waltrip won three times, including back-to-back victories at Bristol and Darlington, where he took the checkered flag for the final time in his career.  He raced for the last time in Atlanta, retiring from racing following the NAPA 500 in 2000 before becoming an analyst for racing telecasts on FOX Sports.  He is well respected by drivers and is not shy about expressing his views.  “DW” is an advocate for driver safety, including SAFER [steel and foam energy reduction walls], full-face helmets and head/neck restraining devices.

Darrell Waltrip was talented, media-savvy, and attractive, setting the tone for modern NASCAR drivers like Jimmie Johnson, Jeff Gordon, Kevin Harvick and Carl Edwards.  He is considered a true ambassador for the sport of auto racing and is a passionate promoter of all forms, particularly American stock car racing.  In 809 Cup starts, Waltrip won 84 races—tying him with Bobby Allison [Daily Dose, December 3] for fourth on the all-time wins list.  He started on the pole position 59 times—second most all-time—and won a record five Coca-Cola 500 events.  Waltrip won 12 races at Bristol Motor Speedway, including seven straight between 1981 and 1984, and won the 1989 Daytona 500, NASCAR’s most prestigious event.  During his 29-year career, he posted 271 Top Five and 390 Top Ten finishes while being named American Driver of the Year three times, Most Popular Driver twice and NASCAR Driver of the Decade for the 1980s.  Mr. Waltrip raced over 280,000 miles on the NASCAR circuit, was the first driver to earn over $ 10 million in prize money and won nearly $ 20 million in his racing career.  He is a member of the Motorsports, International Motorsports and NASCAR Halls of Fame and published an autobiography, “DW: A Lifetime Going Around in Circles” in 2004. 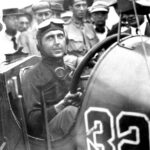 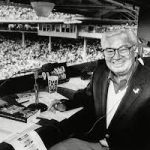 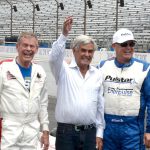 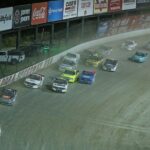