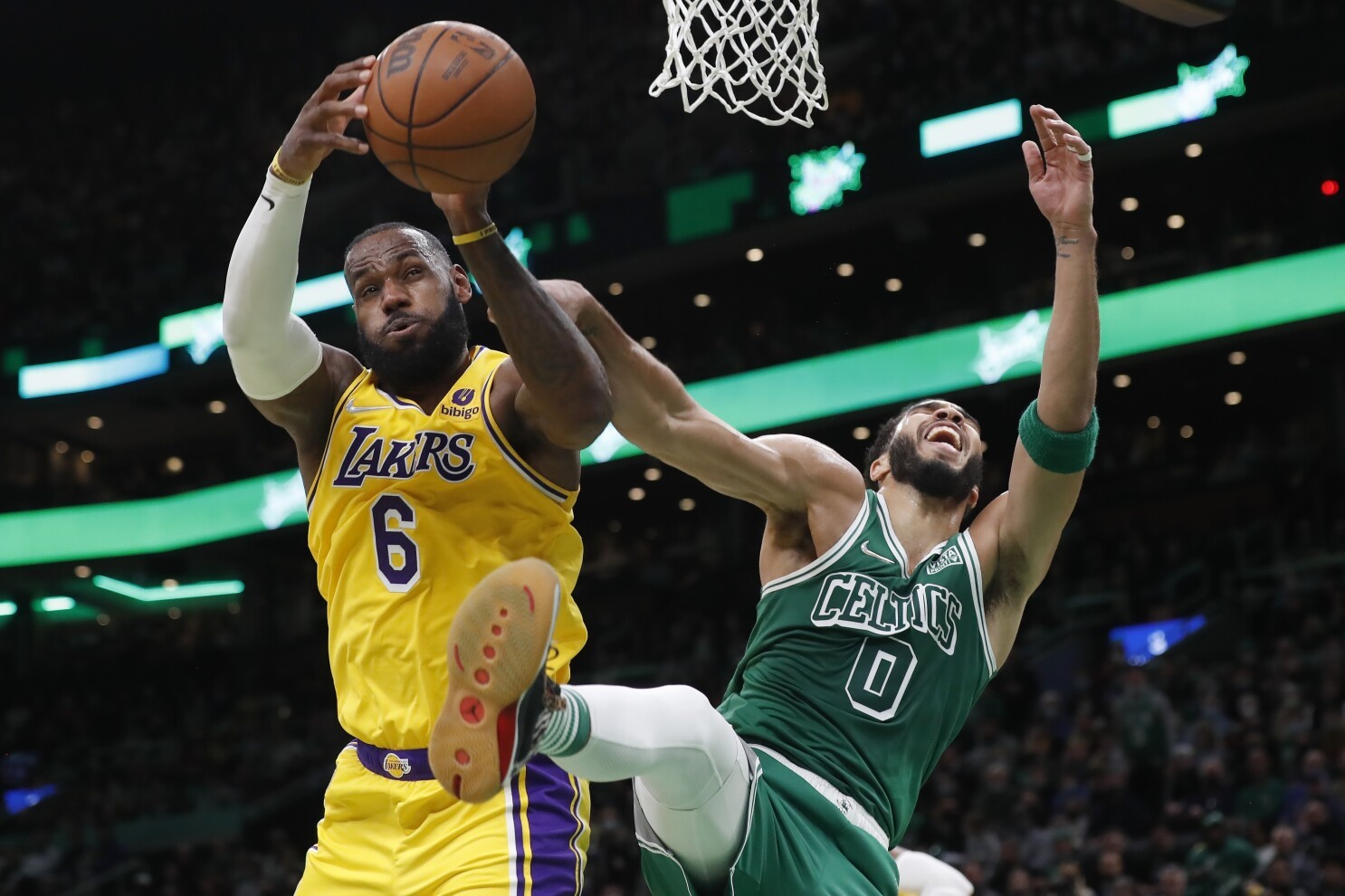 The Boston Celtics and Los Angeles Lakers have the best rivalry in the history of the NBA.

The National Basketball Association [NBA] adopted its name when two rival organizations – the National Basketball League and Basketball Association of America — merged in August 1949.  Two of the league’s most storied franchises are also charter members.  Founded in 1946, the Boston Celtics have won 17 championships, the most in NBA history.  With nearly a quarter of all championships in league history, the Celtics are the most successful franchise in North American professional sports.  Boston won its first NBA title in 1957.  After losing to the St. Louis Hawks in the Finals the following year, the Celts reeled off a record eight consecutive titles between 1959 and 1966.  In the 13 seasons between 1957 and 1969, they won 11 NBA championships.

The Lakers were founded in Minneapolis in 1948 and were the NBA’s first dynasty.  Behind the league’s original superstar, George Mikan, they won the inaugural NBA title in 1950, then repeated as champions in 1952, 1953 and 1954.  After struggling financially following Mikan’s retirement, the Lakers relocated to Los Angeles in 1960.  The Lakers own the second-most titles in league history, with 16.  Five of them came in Minneapolis.

The Celtics and Lakers have met a record 12 times in the NBA Finals.  The first was in 1959, when Bob Cousy led Boston to the only sweep in the history of the rivalry.  In what would prove to be their last season in Minneapolis, the overmatched Lakers were led by 1959 Rookie of the Year Elgin Baylor.  Playing in his tenth NBA season, Cousy was the league’s premiere point guard, and directed an attack that included sharpshooter Bill Sharman [who would later coach the Lakers to the 1972 NBA title] and the rugged Tom Heinsohn.  The rivalry emerged in the 1960s.  Led by Bill Russell, who along with Yogi Berra is the winningest athlete in the history of team sports, the Celtics dominated the decade.  Boston won the Finals every year but one, when Wilt Chamberlain’s Philadelphia 76ers claimed the title in 1967.  Boston’s opponent in six of those series was the Lakers.  Led by Baylor, Gail Goodrich and the great Jerry West, Los Angeles was the marquee team of the Western Conference, but could never break through.

Desperate for a championship, L.A. acquired reigning NBA MVP Wilt Chamberlain from Philadelphia for the 1968-69 season.  After breezing through the regular season, they met the aging Celtics in the Finals for the second year in a row.  Russell, who had served as player-coach since Red Auerbach’s retirement in 1966, was in his final season [as was perennial Celt’s All-Star, Sam Jones].  After winning the first two games at home, the Lakers squandered the series, losing Game Seven by two points at the Forum.  Jerry West was named Finals MVP, the only time in NBA history that the MVP came from the losing team.  After 1969, the two rivals would not meet in the Finals for 15 years.

Following a decade of declining interest and low television ratings, the NBA was on the brink of bankruptcy in the late 1970s.  In 1980, the best rivalry in NBA history was restored.  Its roots took hold in the 1979 NCAA title game, when Magic Johnson faced Larry Bird in the most-watched basketball game in television history.  The following year, Johnson joined the Lakers and Bird went to the Celtics.  Fierce rivals, Bird and Johnson each won three league MVP awards, and either Boston or L.A. played in every Finals during the 1980s.  The Celtics and Lakers met in three NBA Finals during the decade, with Boston winning in 1984 and L.A. taking the crown in 1985 and ’87.  The two won a whole generation of new fans and the NBA was saved.  “When the new schedule would come out each year, I’d grab it and circle the Boston games,” said Magic.  “To me, it was The Two and the other 80.”  Bird added, “The first thing I would do every morning was look at the box scores to see what Magic did.  I didn’t care about anything else.”

The NBA’s greatest rivalry has often involved the “Big Three.”  The 1968-69 Lakers featured Chamberlain, West and Baylor, whose one-year run ended in a painful loss in Game Seven of the Finals.  The Celtic’s front court of Bird, Kevin McHale and Robert Parish won three NBA titles in the 1980s, including one over the Lakers in 1984.  In 2007, Boston obtained Kevin Garnett and Ray Allen, who joined Paul Pierce to form a new Big Three in Beantown.  The trio led Boston to its first Finals appearance in over two decades, where they beat Kobe Bryant and the Lakers in six games.  Los Angeles found redemption the following year, when they downed the Celtics in a Finals rematch, four games to three.  The 2010 series marked the last time the NBA’s two premier franchises have met in the Finals.

Several of the greatest coaches in the annals of the NBA have been involved in the league’s fiercest rivalry.  Auerbach led Boston to nine championships, five of them over the Lakers.  Pat Riley led the “Showtime” Lakers to four titles, with two of those crowns coming against the Celts.  Phil Jackson has won 11 NBA championships in his hall-of-fame career.  Five came while guiding the Lakers, including the 2010 title over Boston.

The Celtics [17] and Lakers [16] account for 33 of the 71 titles in the history of the NBA.  The rivals have met a dozen times in the Finals, with Boston winning nine, including the first eight.  The Lakers have won three of the last four, including the last time the teams met, in 2010.  In 74 postseason games, Boston has won 43 times and the Lakers 31, giving the Celts a winning percentage of .581.  There has been one sweep [1959] in Finals meetings, and five of the series have gone to seven games.  The Celtics have clinched three of their titles in Los Angeles, while the Lakers have popped champagne in Boston once, when they won the 1985 championship on the parquet floor at The Garden.

On this date in 1968, the Boston Celtics beat the Los Angeles Lakers, 124-109, to win the NBA Finals, four games to two.  It was the sixth Finals meeting in ten years for the franchises, and Boston’s tenth championship in 12 seasons.  The series included ten players and two officials [Mendy Rudolph and Earl Strom] who would later be inducted into the Naismith Basketball Hall of Fame.  It was the first time any NBA competition had taken place during the month of May, which is hard to comprehend by today’s standards, as the bloated, nearly unwatchable NBA now plays well into June before crowning its champion.