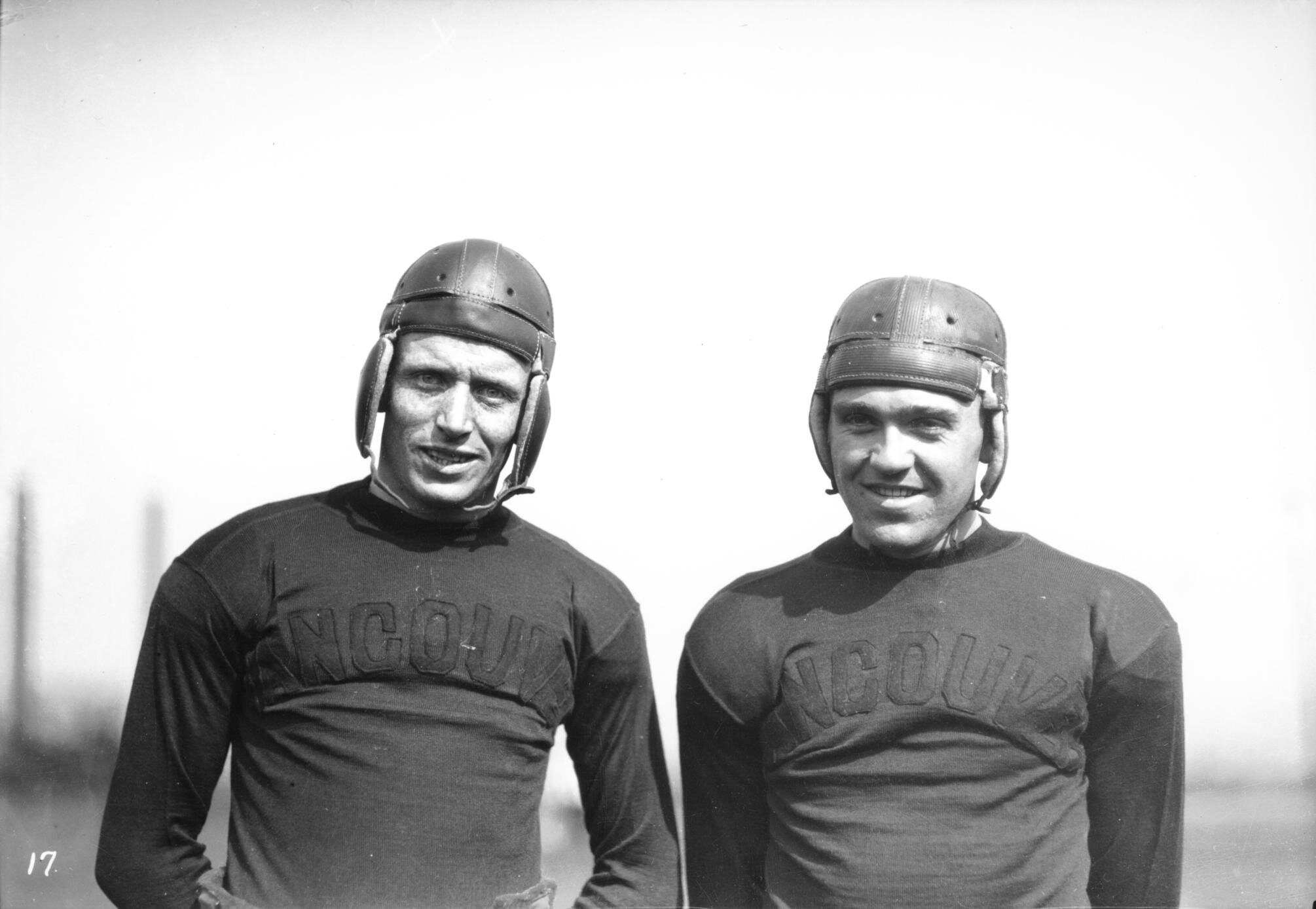 The Ligue Canadienne de Football is the highest level of Canadian football and was founded January 17, 1958 in Montreal. It is comprised of nine teams, located in cities throughout Canada, which are divided into two divisions. The East Division includes the Hamilton Tiger-Cats, Montreal Aloutettes, Ottawa Redblacks and Toronto Argonauts. The West Division is comprised of the B.C. Lions, Calgary Stampeders, Edmonton Eskimos, Saskatchewan Roughriders and Winnipeg Blue Bombers. The CFL features a 20-week regular season, which runs from late June to early November, with each team playing 18 games with two bye weeks. Six teams take part in a three-week single elimination tournament at the conclusion of the regular season which culminates in the Grey Cup championship in late November. The Division leader and the end of the regular season receives a bye in the first round of the playoffs. The regular season is preceded by a two-game, three week exhibition season [pre-season] in mid-June, with training camps opening 28 days before the first regular season game. First-year players participate in a “rookie camp” three days before the main camp opens. The regular season opens with games on Canada Day weekend [July 1] and concludes four months later. Each team plays three games against two teams in its own division and two games against the other six teams on a rotating basis. The most popular weekend in the CFL season is the Labor Day Classic, where traditional geographic rivals clash, including Toronto-Hamilton, Edmonton-Calgary [Battle of Alberta] and Winnipeg-Saskatchewan, whose rematch game is known as the Banjo Bowl. Other popular regular season games include the Hall of Fame Game and Thanksgiving Day Classic, a doubleheader held on the second Monday in October. In 1993, the CFL expanded to the U.S., adding the Sacramento Gold Miners. Four American teams were added in 1994 and five the following year, creating a new South Division. The U.S. teams—with the exception of the Baltimore Stallions, who won the Grey Cup championship in 1995—consistently lost money and the league returned to an all-Canada format following the 1995 season. There are 44 players on each CFL roster, at least 21 must be Canadian, and are allowed to carry three quarterbacks, which are not be counted toward the national player requirement. Teams may add up to ten players on their practice roster. Canadian football differs from the American game in many ways. The playing field is ten yards longer, ten yards wider and end zones are ten yards deeper. There are 12 players per team and a team has only three downs to gain 10 yards. Defenders must line up one yard from the line of scrimmage and offensive players may be in motion toward the line of scrimmage when the ball is snapped. Teams have 20 seconds between plays resulting in more plays being run in the Canadian game. These differences require a unique approach and skills set in Canada. Players are smaller because they must cover more ground, running the football is not emphasized and fair catches are not permitted on punts. The CFL set an all-time attendance record during the 2005 season, with total attendance of over 2.3 million. Crowds average nearly 30,000 per game, giving the CFL the third highest per-game attendance of any North American sports league and seventh highest per-game attendance of any sport league in the world. The Ligue Canadienne de Football is the second most popular sports league in Canada, behind the National Hockey League, and the CFL is preparing for growth, as Montreal, Edmonton, Calgary, Winnipeg, BC, Saskatchewan, Ottawa and Hamilton have all remodeled existing or built new stadiums in the past four years. The Grey Cup is both the name of the championship of the CFL and the name of the trophy that goes to the winner. It is the second-oldest trophy in North American professional sports, after the Stanley Cup. The Grey Cup game is Canada’s single largest annual sporting event, rivaling the Super Bowl amongst Canadians. On this date in 2012, the Toronto Argonauts beat the Calgary Stampeders, 35-22, at the Rodgers Centre in Toronto. It was the 100th Grey Cup championship game and is the most-watched championship game in Canadian television history.