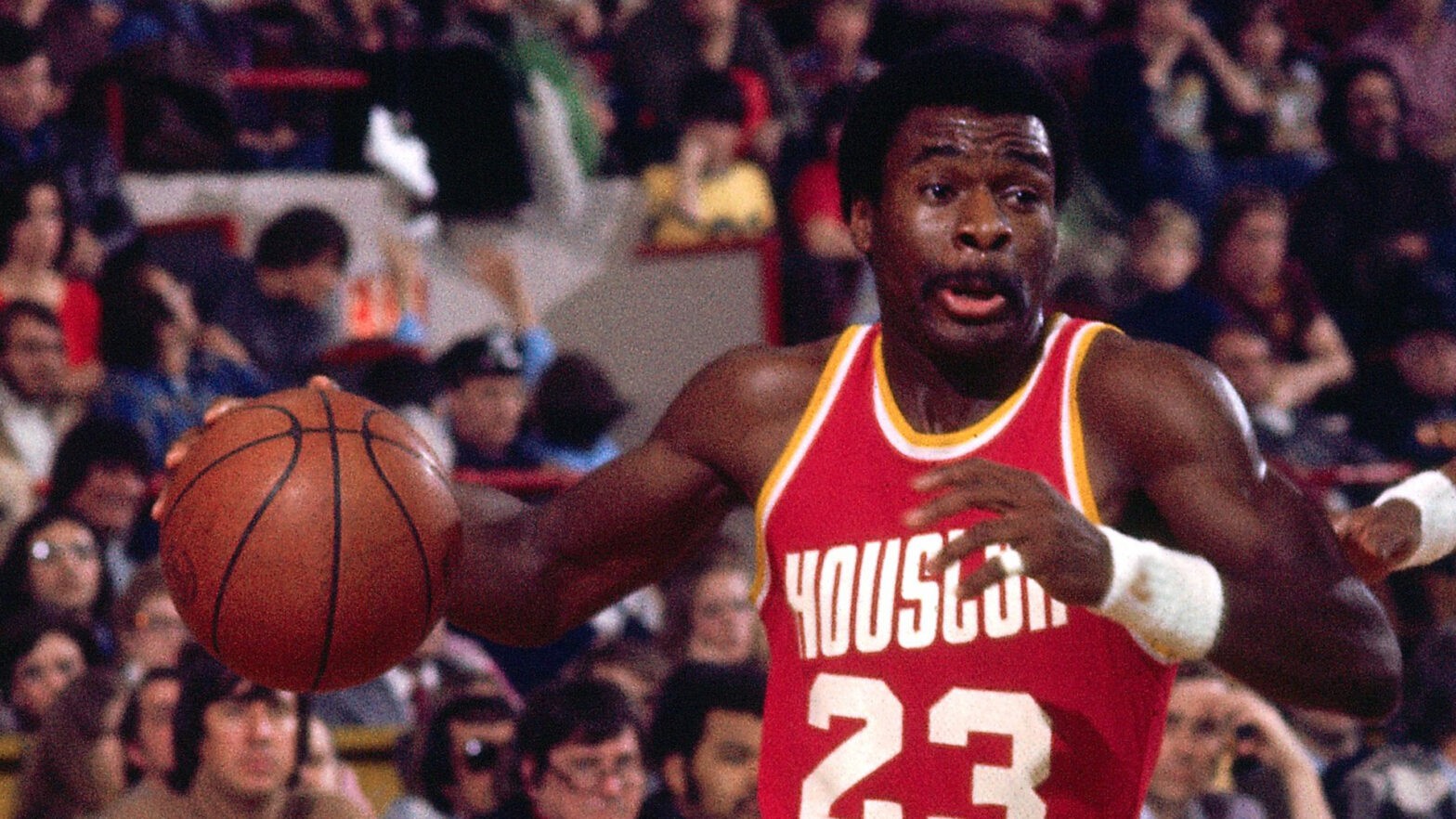 At five-nine, Calvin Murphy is the shortest player in the Naismith Basketball Hall of Fame.

An offensive penetrator with a sprint-and-stop jumper, Murphy may be the best “little man” in basketball history.  The quicksilver guard could do it all:  dribble, distribute, defend and score.  Murphy played pressure basketball at both ends of the court.  An aggressive defender, he played belly-to-belly defense and was not afraid to take on bigger players.  “He was like a bantamweight that dared to make his living in the heavyweight division,” said former teammate Major Jones.  Standing 5’9” at a muscular 165 pounds, Murphy had a jump shot that one Houston journalist described as “soft as cotton puffs in a wastebasket.”  The greatest player in the history of Niagara University was almost as big an attraction as Niagara Falls.  From 1967 to 1970, Murphy scored 2,548 points in 77 games at Niagara, still a school record.  In college, he was one of the “Three M’s” – with Pete Maravich and Rick Mount, scoring machines that torched their opponents night after night.

Displaying boundless energy and an effervescent personality, Murphy brought the same kind of enthusiasm to basketball that Willie Mays brought to baseball.  In 13 pro seasons, he averaged double figures each year.  “Murph” scored over 1,000 points in 11 straight seasons and was automatic from the free throw line.  He twice led the NBA in free throw percentage and was among the top five eight other times.  Murphy played his entire 13-year career with the San Diego/Houston Rockets.  He retired as the franchise’s all-time leader in points [later broken by Hakeem Olajawan] and remains the Rockets’ all-time assists leader.  One of three Rockets to have his number retired, the diminutive guard opened the door for other superior little men like Spud Webb and Muggsy Bogues to play in the NBA.

Before basketball, Murphy was a world class baton twirler.  His mother, Ina, was a one-time majorette who also played guard with a semi-pro team in North Carolina.  Murphy performed at the New York World’s Fair and was a national champion.  While at Niagara, he performed during halftime of Buffalo Bills games.

Born in Norwalk, Connecticut, May 9, 1948, Calvin Jerome Murphy was a basketball legend.  His first dunk came in tenth grade.  Just 5’8”, Murphy’s hands were too small to palm the basketball.  “I threw it up off the backboard, grabbed it with two hands and dunked it,” he later recalled.  At Norwalk High School, Murphy was a three-time All-Stater and two-time All-American.  As a senior, he averaged 40.3 points per game.  In the 1966 Class C championship game, Murphy scored 59 to lead the Bears to a 93-76 victory over South Catholic-Hartford.  After his senior season, he played in several showcases for the top high school talent in the nation.  At the Dapper Dan Classic in Pittsburgh, Murphy scored 37 points and was named MVP.  At the Allentown Classic, he tallied 66 points and was again named MVP.  Murphy’s number 23 has been retired by Norwalk High, and the school address is now 23 Calvin Murphy Road in his honor.

Murphy accepted a scholarship to Niagara University, a small Catholic college 20 miles north of Buffalo, where he played for future Utah Jazz coach Frank Layden.  As a freshman, he averaged 49 points.  Murphy was unstoppable.  A deft ball-handler and deadly shooter, he could take it to the basket as well as drop bombs from the outside.  In 1968, he scored a school-record 68 points against Syracuse.  As a senior, he averaged more than 33 points a game and led the Purple Eagles to 20 wins and their first-ever NCAA tournament berth.

In April 1970 – in the final weeks of his senior year at Niagara, Murphy played in an exhibition game in Hartford.  Competing before the advent of the three-point line, he scored 105 points to lead his team to a 147-141 victory.  It was not the most he ever scored, however.  “No, it wasn’t my highest,” Murphy said.  “I had 137 one night in Schenectady, New York.”

The Rockets were entering their fourth and final season in San Diego when they selected Murphy with the first pick of the second round [18th overall] in the 1970 NBA Draft, one spot ahead of Nate “Tiny” Archibald, another diminutive guard and hall-of-famer.  The Buffalo Braves were entering their first NBA season in 1970, and western New Yorkers were furious when the Braves passed on Niagara’s Murphy to take John Hummer with the 15th overall pick.  Dubbed “Bummer” after three non descript seasons in Buffalo, Hummer was out of the league by 1976.

After playing in all 82 games and averaging better than 15 points per contest, Murphy was named to the 1971 NBA All-Rookie Team.  Arguably the best in league history, the team featured four future Naismith Hall-of-Famers, including Dave Cowens, Bob Lanier, Maravich and Murphy.  Geoff Petrie, a two-time All-Star and 1971 NBA Rookie of the Year, rounded out the squad.  In his first 11 NBA seasons, the durable Murphy missed only 28 of a possible 902 games.  A member of the 1979 All-Star team, Murph established himself as the greatest free throw shooter in league history.  In 1980-81, he set records for most consecutive free throws made [78, broken by Micheal Williams in 1993, with 97] and highest single-season percentage [.958, broken by Jose Calderon’s .9805 in 2008-09].

In 1981, Murphy led the Rockets to the NBA Finals, where they lost to Larry Bird and the Boston Celtics in six games.  Murphy was best in the post-season.  His regular season scoring average was 17.9 during his 13-year career, but in 51 playoff games, Murph averaged 18.5 points per game.