The Breeder’s Cup is the richest turf festival in the world.

The Breeder’s Cup World Championships is a series of Grade I [the highest class, involving the fastest horses and largest purses ] thoroughbred horse race.  Held annually since 1984, the event is operated by Breeder’s Cup Limited, a non-profit organization that coordinates the competition.  At the 1982 Kentucky Derby awards luncheon, respected thoroughbred owner and breeder John R. Gaines promoted the idea of creating a year-end championship for North American thoroughbred horse racing.  Two years later, the idea became a reality.

The inaugural Breeder’s Cup races were held in 1984 at Hollywood Park, a track adjacent to the “Fabulous Forum” near LAX Airport that has since been demolished to make room for the new home of the NFL’s Los Angeles Rams.  From its inception in 1984 through 2006, the Breeder’s Cup was a single-day event consisting of eight races and was considered the richest day in sports.  Beginning in 2007, it was expanded to two days, when three races [devoted to female horses] were added on Friday.

In 2008, the Friday card grew to include six races, bringing the Breeder’s Cup to its current format of six races on Friday and seven on Saturday.  The location for the championships changes yearly and several of America’s premier racetracks have played host, including Churchill Downs, Belmont Park and Santa Anita Park in Arcadia, California, which will hold the races for a record ninth time later this year.  The 1996 competitions took place at Woodbine Racetrack in Toronto, the only time the event has been held outside the United States.  The Breeder’s Cup races are immensely popular.  In 2010, over 114,000 fans poured into Churchill Downs to set a two-day attendance record.  Only the Triple Crown races draw larger crowds.

Although created as a championship for North American thoroughbred horse racing, the Breeder’s Cup attracts top horses from around the world, especially Europe.

The U.S. has produced 232 winners, while Ireland is next with 26.  Great Britain lays claim to 15 Cup champions.  Of the 13 races that comprise the world championships, seven are run on dirt while six are held on turf.

Distances vary by year and range from five furlongs [five-eighths of a mile] to ten furlongs [1.25 miles].  Purses increase in value as the event unfolds.  Friday’s first race, the Breeder’s Cup Juvenile Turf, has a one million dollar purse while the final event of the championships—the Breeder’s Cup Classic—pays six million dollars.  The 2016 competitions will offer a total purse of $28 million.  The two final races of the Breeder’s Cup World Championships are traditionally the Turf and the Classic events.  The Classic is considered by many to be America’s premier horse race of the year, with the winner often going on to earn “Horse of the Year” honors.

In 2015, three events [Classic, Turf, and Mile] were ranked among the top dozen Grade I races in the world.  A maximum of 14 starters are allowed in each of the 13 races, with the exception of the Dirt Mile, which is limited to 12 horses.  The championships are open to three-year-olds and up.  The Breeder’s Cup Challenge is a series of races held in each division throughout the world.  Winning these events—also called “Win and You’re In” races, produce automatic berths in the championships.

In addition to prize money, four Breeder’s Cup Trophies [perfect replicas of the Torrie Horse] are awarded, with one going to the owner, breeder, trainer, and jockey of each winning horse.  In addition, a blanket of flowers–measuring 96 inches from end to end and grown exclusively for the Breeder’s Cup–is draped over the withers of each winning horse.

Past champions include Zenyatta, winner of two Breeder’s Cup races and the event’s all-time leading money winner, and Tiznow, a two-time Cup winner and 2000 American Horse of the Year.  Mike Smith has ridden the most winners [22], while D. Wayne Lucas has trained 20 Cup champions, eight more than Bob Baffert, who is next on the list with 12.

Breeder’s picks have won 33 percent of all Cup races.  Arcangues [ar-KONG] is the biggest longshot ever to win a Breeder’s Cup race.  In 1993, he went off at 133-1, paying $269.20 on a two-dollar wager.  Calidoscopio, at nine, is the oldest horse to win a Cup race, while the largest margin of victory is 13 ½ lengths, accomplished by Inside Information in 1995.  Two female jockeys have ridden Cup winners and six Breeder’s Cup champions have been trained by women.

Last year’s Breeder’s Cup Classic provided the first opportunity for a horse to win the Grand Slam [consisting of the Triple Crown and Classic].  American Pharoah did not disappoint, leading wire-to-wire in the final race at Keeneland to become the only Grand Slam winner in thoroughbred racing history.

The 2016 Breeder’s Cup World Championships will be held at Santa Anita Park on November 4-5.
For the most current dates, visit the official Breeder’s Cup Classic website. 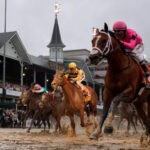 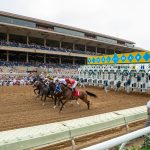 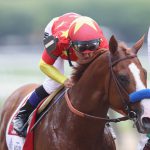 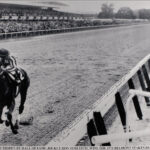 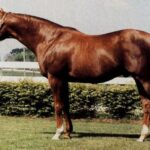 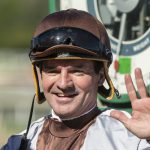