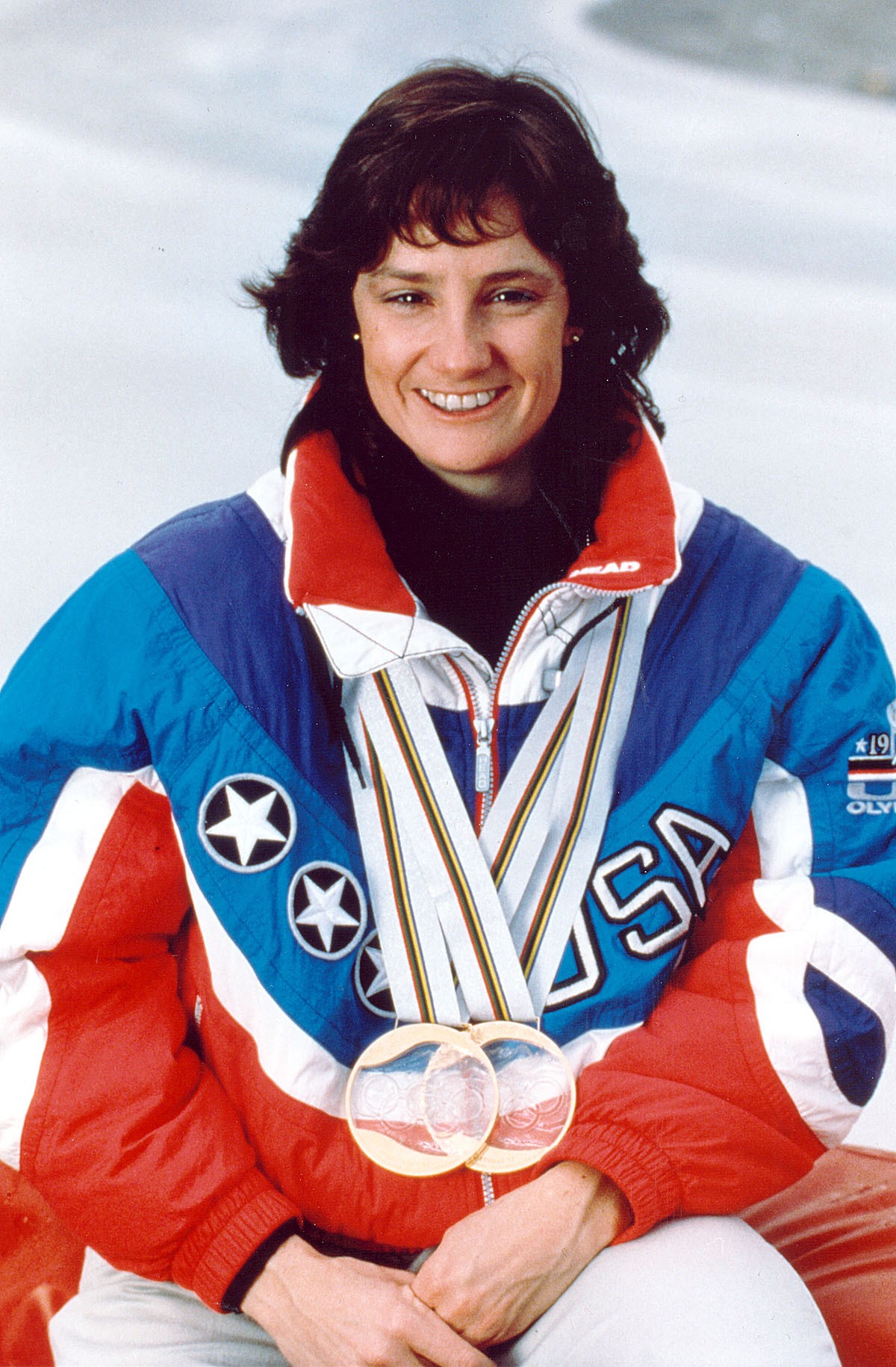 Bonnie Kathleen Blair is the most decorated woman in Winter Olympic history.

Born in Cornwall, New York on March 18, 1964 as the youngest of six children, her family moved to Champaign, Illinois and Bonnie first donned skates at the age of two and was competing as a speed skater by the age of four.  She won the Illinois state championship when she was seven, which was par for the course in her family, as four of her five siblings won national speed skating titles.  She competed in track and field at Centennial High School, including the 100 and 800 meters, long jump and triple jump.  At 15, she was named to the U.S. speed skating team and began training at the University of Illinois rink with Cathy Priestner, who had won a silver medal for Canada in the 1976 games.  Priestner focused training on the Olympic style of skating, where skaters raced in pairs against the clock, and worked on both short and long track races.  This style favored Blair’s small stature [5’5”, 125 pounds] and emphasis on technique.

She competed in her first Olympic trials at age 16 and did well at the meet but did not make the team.  She wanted to continue her training but needed funding and found it, in part, from Jack Sikma who was her brother’s college fraternity brother and center for the NBA’s Milwaukee Bucks.  Blair made the 1984 Olympic team and finished eighth in the 500 meters in Sarajevo.   She intensified her training upon returning to the U.S and added weight lifting, bicycling, running and roller blading to her regimen, resulting in her winning the U.S sprint championship in 1985, an event she would go on to win for each of the next nine years.  She emerged as a world force in the 1988 games in Calgary, winning gold and setting a world record in the 500 meters, bronze in the 1,000 and finishing 4th in the 1,500.  She was given the honor of carrying the American flag at closing ceremonies of those games.

Her success in the 1988 games created commercial endorsement opportunities for “Bonnie the Blur” that funded her training.  She won gold in both the 500 and 1,000 at the 1992 Winter Olympics in Albertville, France and benefitted from a rule change by the International Olympic Committee to stagger the competitions so that the winter and summer games would no longer be held in the same year.  This led to a Winter Olympics being held in 1994 rather than 1996 and an opportunity for Miss Blair to compete again while in her prime. She took full advantage, winning gold in the 500 and 1,000 meters.  Her 1.38 second margin of victory in the 1,000 is the largest in the history of the event and Blair became the first American woman to win five gold medals.  She continued to compete and set a new world record in the 500 in March of 1994 before retiring one year later.