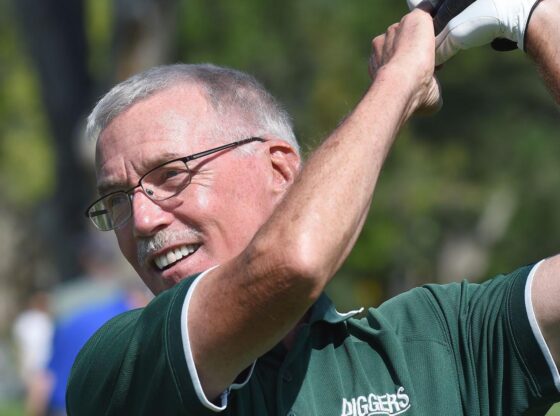 Bob Green is the funniest coach in college football history.

I’m a perfectionist.  I expect Jennifer Lopez to know how to cook.

In 24 seasons at Montana Tech in Butte, Montana, Green went 140-116-1.  His Oredigger teams finished first or second in the Frontier Conference 16 times and played for the 1996 NAIA national championship.  He’s a combination of Bum Phillips, John McKay and Henny Youngman – only funnier.

It’s like you’re trying to sell bubble gum in a lockjaw ward.  You just can’t get much done.

Green is the most successful coach in Montana Tech history.  In the 78 seasons prior to Green’s arrival, Tech went 152-272.  Green graduated 95 percent of his players and produced 15 First Team All-Americans.

A former Marine and Vietnam veteran, Bob Green is the funniest quote in college football.  His delivery, demeanor and dialog are spot on.

Green played defensive back at the University of Nebraska – Kearney before serving as an assistant with the Antelopes.  He also had stints at Northern Colorado and Northwest Missouri State before landing his first head coaching job in 1987, at Montana Tech.

Green spent 40 years in coaching, including gigs as head coach and athletic director at two Nebraska high schools.  He obtained an undergrad degree in Education in 1975 and a Master’s in Physical Education Teaching and Coaching six years later.

If you ain’t burning up for this one, your wood’s wet.

Coach Green led Montana Tech to five playoff appearances.  His 1996 team was the first from the Frontier Conference to play for the NAIA national title.

I hate to sound like an old coach but I am an old coach.  I was coaching when the Dead Sea was only sick.

Mr. Green stepped down as the Orediggers’ head coach in 2010.  Now 69,  he works as a development officer for the Montana Tech Foundation.  Green also gives corporate/team building talks to a wide range of industries.

Green and his wife, Pam, have been married 47 years.  They have three grown children and seven grandchildren, all of whom live in Montana.

There’s only two kinds of wives in college coaching.  There’s great wives and there’s ex-wives.  And I got a great one.