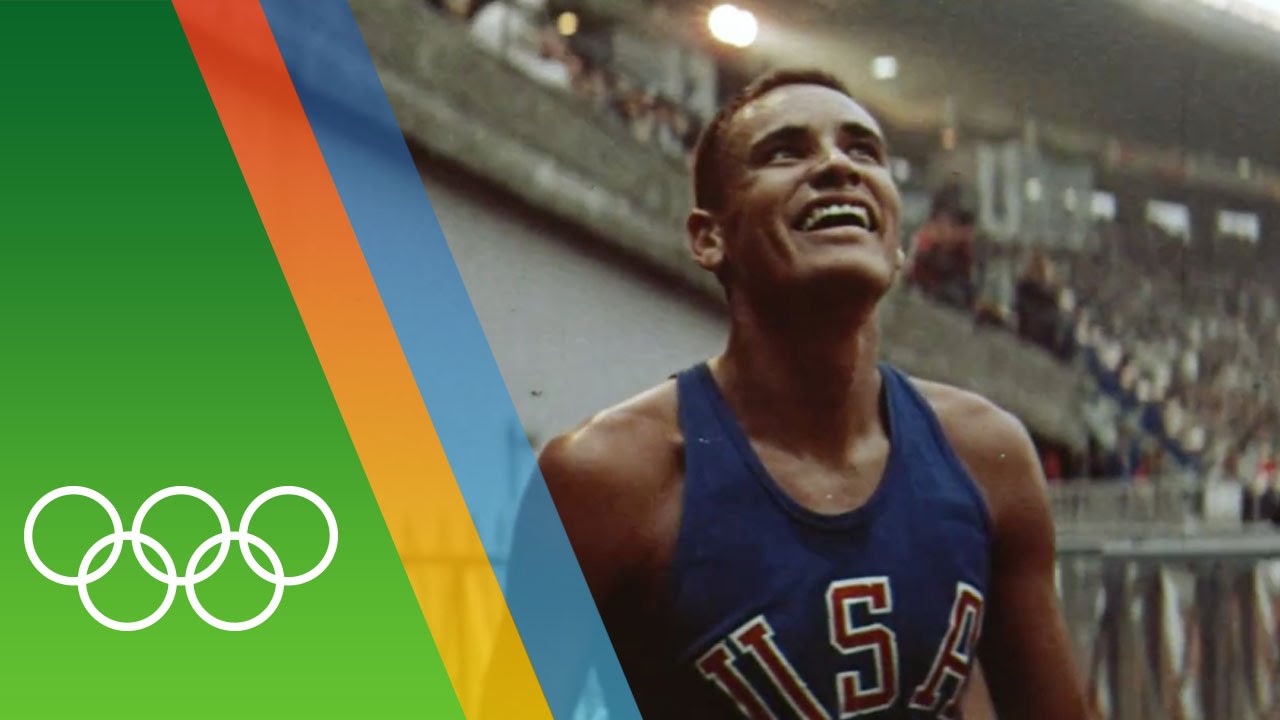 Billy Mills is the only American runner ever to win a gold medal in the Olympic 10K.

The 1964 Tokyo Olympics featured some of the greatest performances in the history of the Summer Games.  “Bullet” Bob Hayes became the World’s Fastest Man after setting world records in the 100m and 4 x 100m relay.  Joe Frazier won the gold medal in boxing, and Don Schollander won a record four gold medals in swimming.  None of these performances, however, were as remarkable as Mills’ victory in the 10,000 meters.  In Tokyo, Mills shocked the world with his come-from-behind victory.  A virtual unknown, he blazed the final turn to claim gold in Olympic-record time.  Considered by many to be the second-greatest moment in Olympic history [behind the U.S. Hockey Team’s 1980 “Miracle on Ice”], Mills’ historic run was voted “Upset of the Year” by the Associated Press in 1964, the same year Cassius Clay beat Sonny Liston in one of the most stunning matches in boxing history.

Born June 30,1938, on the Pine Ridge Indian Reservation in South Dakota, William Mervin Mills  – Makata Taka Hela in his native Oglala Lakota Sioux tongue – was one of eight children.  Pine Ridge was [and still is] one of the poorest reservations in the United States.  Surrounded by poverty, his mother died when Mills was nine.  Orphaned when his father died three years later, Mills was sent to Haskell Institute, a boarding school in Lawrence, Kansas, run by the Bureau of Indian Affairs.  Following in his late father’s footsteps, he took up boxing and tried football, but was too small and thin at 5’2” and 104 pounds.  As an outlet for his anger, Mills began running and soon set several high school records.  He graduated Haskell in 1958 and accepted a full track scholarship to the University of Kansas.

At KU, Mills was a three-time All-American in cross country and twice claimed the individual Big Eight cross-country crown.  He was also part of the Jayhawks track team that won the 1959 and 1960 outdoor national championships, but was not an outstanding track performer.  After earning a degree from Kansas in 1962, Mills entered the United States Marine Corps.  Stationed north of San Diego at Camp Pendleton, he was encouraged to run by the USMC.  In 1963, Mills met Australian Pat Clohessy, a two-time NCAA champion at three miles, who advised Mills to modify his training and add more distance work into the mix.  Mills listened, and increased his mileage from 40 miles a week to 100.

The improvement was pronounced.  In July 1964, on a hot day in Los Angeles, Mills finished second at the Olympic marathon trials.  At the Olympic Track and Field Trials six weeks later, he ran  29:10 in the 10,000 meters [eight seconds behind 18-year-old Gerry Lindgren, a high school sensation from Oregon] to qualify for the second spot on the U.S. team.  Three months past his 26th birthday, First Lieutenant Mills was attempting to become the second American ever to win an Olympic medal in the 10K.  The first was another Native American, Louis Tewanima, a Hopi Indian who won silver in 1912.

On October 14, 1964, 29 runners lined up for the 10,000 meter run  – held as a single heat — in Tokyo’s Olympic Stadium.  The favorites were Ron Clarke, the world record holder from Australia, and Tunisia’s Mohammed Gammoudi.  Rains had slowed the cinder track [this would be the last Olympics run on cinder.  Since 1968, track events are held on all-weather surfaces].  Mills was leading at the halfway mark, one second slower than his personal-best 5,000 meter time.  “I didn’t know if I could finish, if maybe I should slow down,” recalled Mills, who had been diagnosed with hypoglycemia [low blood sugar] before the Games, “but I just tried to stay with the leaders, lap after lap.”

With one lap to go, Mills and Clarke were running together with Gammoudi right behind.  In a crowded pack of runners down the backstretch, Gammoudi put one hand on each of the two leaders, gave them a hearty shove apart, and scooted between them into the lead as they rounded the final turn. With 80 meters to go,  Mills made his move on the outside, where the track was drier and faster.  Before 85,000 fans and millions more on television, Mills – running on borrowed shoes — sprinted past both.  While play-by-play man Bud Palmer sedately called the action for American television viewers on NBC, track analyst Dick Bank screamed, “Look at Mills!  Look at Mills! the Marine charged to the finish.  In a stunning triumph, Mills had won the gold medal in a new Olympic record time of 28:24.4, a full 50 seconds faster than he had ever run before.

After the race, reporters asked the heavily-favored Clarke if he had been worried about Mills beating him.  “Worried about him?  I never heard of him.”  Billy Mills had become a hero to all Americans.  “A Lakota boy, winning the gold medal from little Pine Ridge,” said former Oglala tribal chairman Joe American Horse, who once ran 4:13 as a miler for Nebraska.  Following the Games, NBC fired Dick Brand for his exuberance.

William Mills is the embodiment of a man who used his one glorious moment in time not as a means to an end but rather as a tool for the greater good.  After serving in Vietnam, he was honorably discharged from the Marine Corps and dedicated his life to serving Indian communities.  He co-founded Running Strong, a non-profit aimed at helping American Indians fulfill their needs for food, water and shelter while also helping their communities become self-sufficient and regain their self-esteem.  In the Lakota culture, someone who achieves great success must give back to thank the support system that helped him achieve his goals.  Running Strong has raised millions of dollars, constructed youth centers and established Native-owned health care clinics around the country.  To celebrate the 50th anniversary of his historic Olympic run, Mills launched Dreamstarter, a program that, between 2014 and 2019,  will award fifty $ 10,000 grants to help young American Indians move forward toward greater accomplishments.

Days after winning 10K gold, Mills finished 14th in the Olympic marathon.  In 1965, he set a world record for six miles in a dead heat with Gerry Lindgren, finishing in 27:11.6.  A member of the U.S. Olympic Hall of Fame, Mr. Mills was inducted into the Sports Humanitarian Hall of Fame in 1997 and Distance Running Hall of Fame the following year.  In 2012, he was awarded the Presidential Citizens Medal — the second-highest civilian award in the U.S. — for his work with Running Strong.  Mills is the only track medalist to have received this honor.