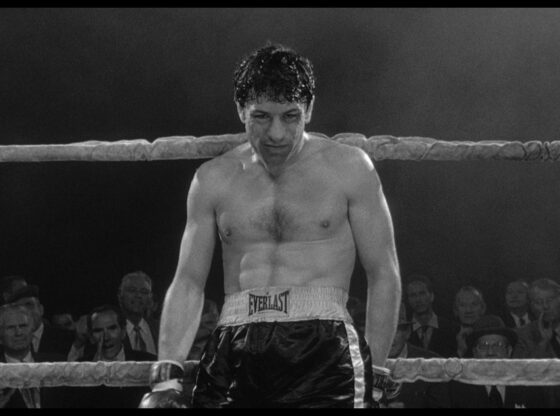 We love sports, and we enjoy movies.  Here are a dozen of the finest sports films ever made.

Hoosiers was selected for preservation in the United States Film Registry by the Library of Congress.  They definitely got that right.

Raging Bull, the gritty 1980 biopic of boxer, Jake LaMotta, is a classic.

“If you build it, he will come.”  Field of Dreams goes the distance as one of the greatest sports films ever made.

In Breaking Away, Dave, Mike, Cyril and Moocher are a team of “Cutters” who win the Little 500 – the centerpiece of The World’s Greatest College Weekend.

Chariots of Fire won four Academy Awards depicting the story of two British athletes who ran in the 1924 Olympics for very different reasons.

The series went on way too long, but nothing tops the original Rocky.

The lines from Caddyshack never get old.  In the immortal words of Jean Paul Sartre, “Au revoir, gopher.”

Paul Newman was always good.  As “Fast Eddie” Felson in 1961’s The Hustler, he was spectacular.