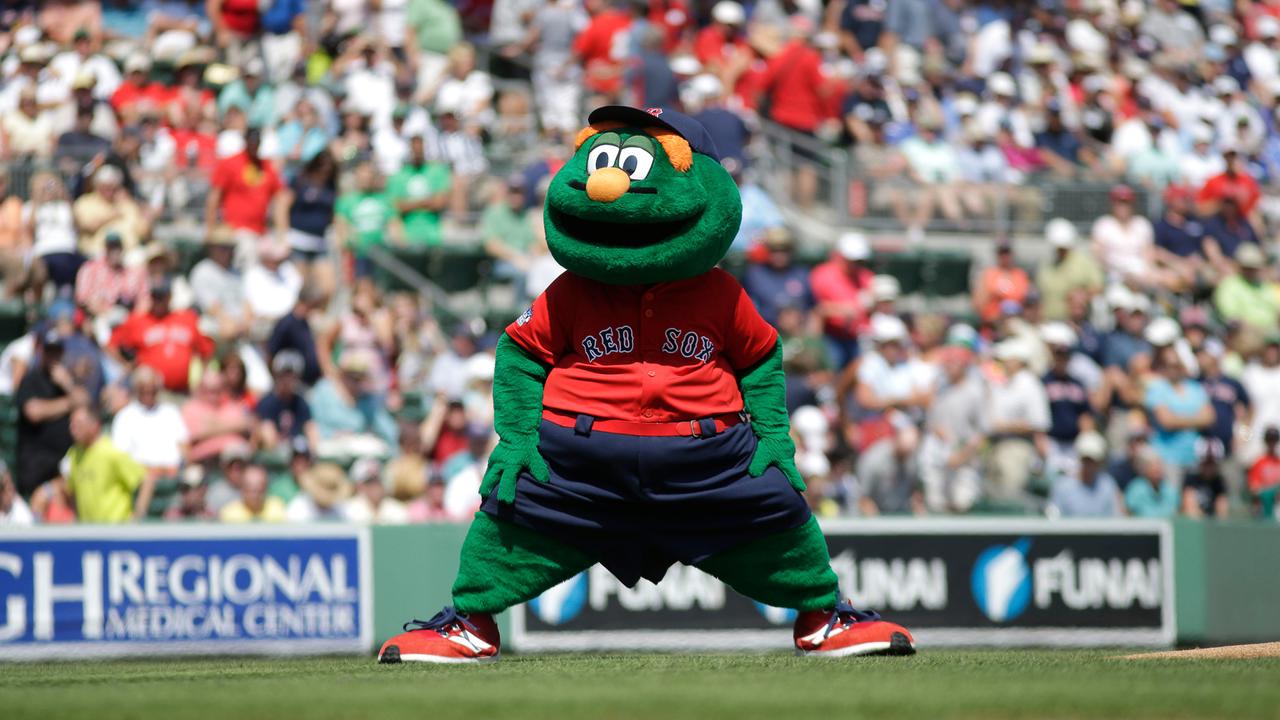 In February 2017, we brought you the best mascots in minor league baseball.

Minor league baseball is one of America’s purest sporting experiences. Young men playing for nickels — chasing big dreams while enduring long bus rides, cheap motels and bad food, all with one purpose: to make it to The Show.  We love wood bats, small towns, loyal fans, and clever names.  So while the TinCaps, Chihuahuas, Lookouts, Biscuits, Mud Hens, RubberDucks and Iron Pigs are epic, we have already featured them.  Today we reveal more hidden gems within the minor-league circuit.

Professional baseball has been played in New Orleans since the late 19th century.  The Pelicans were the city’s team for 90 years before leaving in 1977.  The New Orleans Zephyrs arrived in 1993, then rebranded as the New Orleans Baby Cakes in 2017.  The Triple-A affiliate of the Miami Marlins, the name is a reference to the small plastic baby that is found in king cake during the carnival season in the Crescent City.  To promote the rebrand, it was announced that any child born in Louisiana in 2017 would receive free lifetime passes to Cakes games.  That may be inconvenient, as the team has announced it will be relocating to Wichita for the 2020 season.

First as the Suns, then as the Expos, Jacksonville has housed a team longer than any franchise in the Southern League.  The Jacksonville Jumbo Shrimp have been the Double-A affiliate of the Marlins since 2017.  Fans have dubbed themselves Crustacean Nation.  Future stars Randy Johnson, Tom Seaver, Nolan Ryan, and Alex Rodriguez all passed through J-Ville, whose current slogan is Shrimply the Best!

In 2015, the New Britain Rock Cats moved 13 miles up the road and became the Hartford Yard Goats.  The Colorado Rockies’ Double-A affiliate plays at downtown Hartford’s sparkling new Dunkin’ Donuts Park, which is adjacent to the city’s rail yards.  “Yard Goats” is rail-yard slang for the switch engines that shuttle train cars between locomotives.  The logo features a goat chomping on a baseball bat.

How do you improve upon a name as cool as the Macon Peaches [1980-82]?  By becoming the Augusta GreenJackets.  The San Francisco Giants’ Single-A affiliate plays home games in North Augusta, South Carolina – across the river from Augusta National Golf Club and home of the Masters, which awards a green jacket to the winner.  Before reaching the big leagues, Madison Bumgarner, Jon Lester, and Dustin Pedroia all played in Augusta.

When the San Antonio Missions relocated to the Texas panhandle in 2017 they became the Amarillo Sod Poodles.  The name – which is slang for prairie dog – was chosen over Boot Scooters, Bronc Busters, and Long Haulers.  The Soddies are a Double-A affiliate of the San Diego Padres and play their home games at Hodgetown, a 6,631-seat ballpark in downtown Amarillo.

Founded in 1982, the Nashville Sounds – easily one of the greatest nicknames in MiLB history – moved to Huntsville, Alabama, in 1985.  Three decades later, the team moved to the Gulf Coast and began to play as the Biloxi Shuckers.  The name celebrates Biloxi’s heritage as a center for the oyster and seafood industries.  A member of the Southern League, the Shuckers is the Double-A affiliate of the Milwaukee Brewers.

Binghamton, New York, has a long history of professional baseball dating back to 1877.  The Crickets, Bingoes and Triplets have all played there. The Double-A affiliate of the New York Mets, the team was known as the Mets from 1992 to 2016.  In 2017, the franchise became the Binghamton Rumble Ponies.  The city proclaims itself the Carousel Capital of the World and the ponies is a herd of fierce horses that no carousel center pole can contain. Just ask Tim Tebow, who opened the 2018 season with the Rumble Ponies.

The Rancho Cucamonga Quakes are the Los Angeles Dodgers’ Class-A-Advanced team in the California League.  Founded in Lodi in 1966, the franchise has been affiliated with the Angels, Padres, Cubs, Mariners, Orioles, A’s and Blue Jays.  Since 2009, the Quakes have been owned by former Kansas City Royals Hall of Famer George Brett and his brother, Bobby.  The great Mike Trout played for the Quakes.  So did Cody Bellinger, Joc Pederson, Corey Seager, and Derrek Lee.

Inspired by Teddy Roosevelt’s 1st Cavalry Regiment during the Spanish-American War, the Frisco Rough Riders have been the Texas Rangers’ Double-A affiliate since 2003.  The ‘Riders have four mascots.  Our favorite is Ted E. Bear, an anthropomorphic teddy bear resembling the 26th president of the United States in military uniform.

Winston-Salem has had minor league baseball since 1905.  For decades, they were called the Twins, in reference to the long-since-merged “Twin Cities” of Winston and Salem.  Since 2008, this Class-A-Advanced affiliate of the Chicago White Sox has been known as the Winston-Salem Dash.  So named because of the punctuation used in the middle of the city’s name.  But, as world-class grammarian, Kit Jahnke, will tell you, it’s not a dash – it’s a hyphen.

Albuquerque has been an MiLB hotbed for decades.  The Dukes were the Triple-A affiliate of the Dodgers before moving to Portland in 2001 and becoming the Beavers.  Two years later, the Albuquerque Isotopes made their Pacific Coast League debut.  In a March 2001 episode from the long-running TV series The Simpsons, Homer attempts to thwart the fictional Springfield Isotopes’ plan to move to Albuquerque by going on a hunger strike.  When the Albuquerque Tribune sponsored a name-the-team contest, “Isotopes” received
67 percent of the vote.