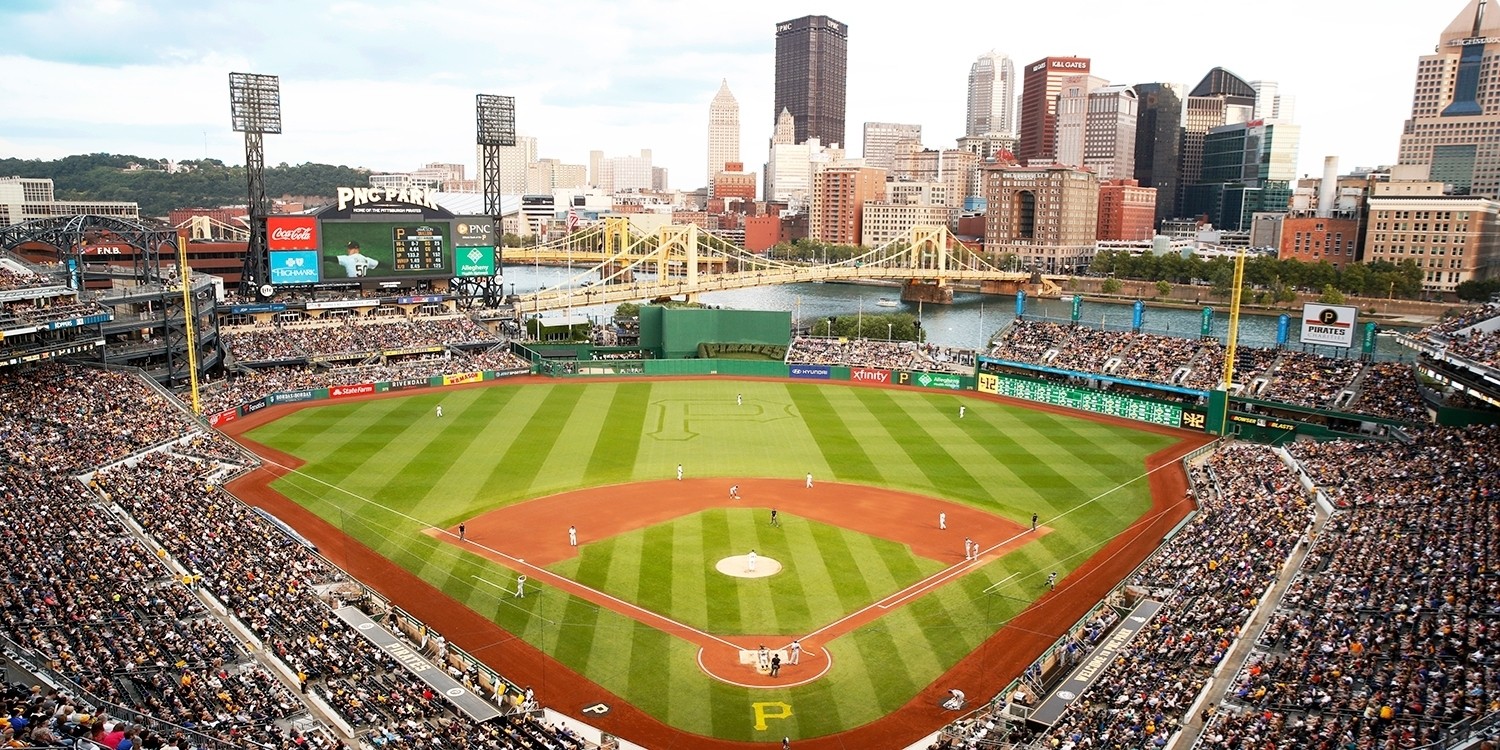 The Daily Dose loves baseball.  And what better way to enjoy our National Pastime than taking in a game at one of America’s best ballparks?  Here are ten of our favorites.

Located in the South Beach neighborhood of San Francisco, AT&T Park has been the Giants home since 2000.  Situated along the San Francisco Bay, the right field wall is 24 feet high, in honor of Giant great Willie Mays, who wore number 24.  Beyond that wall sits China Basin, better known as McCovey Cove.  Try the Crazy Crab Sandwich with Gilroy garlic fries.

Oriole Park at Camden Yards is the first of the “retro” ballparks built during the 1990s and early 2000s.  Opened in 1992, Camden witnessed Cal Ripken Jr.’s record-setting 2,131st consecutive game and Eddie Murray’s 500th career homer.  Grab some Boog’s BBQ and take in a view of the iconic B&O Warehouse that sits beyond the right field wall.

No ballpark in America is more picturesque than Wrigley Field.  Situated in a quaint old neighborhood on Chicago’s North Side, the “Friendly Confines” hosted its’ first baseball game in 1914.  The Cubbies have been playing there ever since.

Opened in April 1912 – one week after the sinking of the Titanic — Fenway Park is the oldest ballpark in Major League Baseball.  Located near Kenmore Square, this shrine contains the Pesky Pole, Lone Red Seat, Green Monster and Fisk Pole.  Fenway was added to the National Register of Historic Places in 2012, its centennial season.

On the north side of Pittsburgh, hard along the Allegheny River and with a panoramic view of downtown, sits PNC Park.  The fifth home of the Pittsburgh Pirates, this gem opened in 2001.  Check out the limestone façade and bridge — painted “Pittsburgh Yellow” to honor the Steel City’s three professional sports teams – that spans the river just beyond center field.

There is no better setting in baseball than Petco Park in San Diego.  Located in the city’s historic Gaslamp Quarter, Petco is clad in Indian sandstone and stucco, and incorporates exposed steel painted white.  Petco patrons are treated to breathtaking views of the San Diego Bay and skyline, as well as Balboa Park, which contains the world famous San Diego Zoo.

From 1923 to 2008, New York’s American League baseball team played in Yankee Stadium, “The House That Ruth Built.”  Beginning in 2009, the Bronx Bombers moved into a new home, appropriately called Yankee Stadium.  The new venue – the most expensive stadium ever built – is designed to look and feel like the original, including the iconic frieze that lines the roof, Monument Park beyond the center field fences, and a playing field whose dimensions nearly match the original.

In 2010, ESPN The Magazine  ranked Target Field as the best baseball experience in North America.  Standing in the historic warehouse district of downtown Minneapolis, it is home of the Minnesota Twins and hosted the 2014 MLB All-Star Game.  With roughly the same footprint as Fenway Park, Target Field is an enormous improvement over the Twins former home, the Metrodome.  Congrats, Minnesota!

Safeco Field has been home to the Seattle Mariners since opening in 1999.  “The Safe” features a retractable umbrella roof, which allows the playing field to be protected from the infamous Seattle rain while allowing the sides to be open to the outside weather.  Situated in the city’s ultra-hip SoDo neighborhood, Safeco features extensive public art displays, the Mariners Hall of Fame, the Baseball Museum of the Pacific Northwest, and a bronze statue of long-time M’s announcer Dave Niehaus.