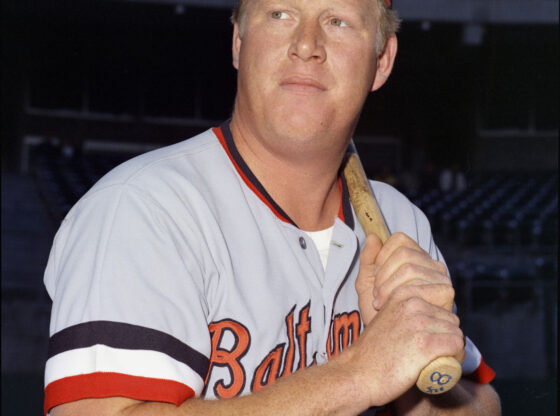 Nothing defines a baseball player quite like a cool nickname.  Here are ten of our favorites.

Born on this date in 1910, Jay “Dizzy” Dean – the ace of the Cardinals’ Gashouse Gang — was the last National League pitcher to win 30 games in one season.

Over the course of his 23 big league seasons, Walter “Rabbit” Maranville was known as one of baseball’s most famous clowns.

Dennis “Oil Can” Boyd compiled a 78-77 during his ten-year major league career.

Nicknamed “Blue Moon” by a grade-school classmate who thought his face resembled the moon, Johnny Odom was part of the Swingin’ A’s pitching staff that won three World Series championships in the early 1970s.

Perhaps the fastest man ever to play the game, James “Cool Papa” Bell was one calm customer.  A legend in the Negro Leagues, he was inducted into Cooperstown in 1974.

Covelli Loyce Crisp officially changed his name to “Coco” in 2013, two years after he led the American League in stolen bases.

A two-time All-Star and 1965 Pitcher of the Year, James “Mudcat” Grant is the first black pitcher to win 20 games in the American League and is also the first African-American to win a World Series game for the AL.

Whether you call him Babe, The Great Bambino or the Sultan of Swat, George Herman Ruth is the greatest – and most important – baseball player of all time.