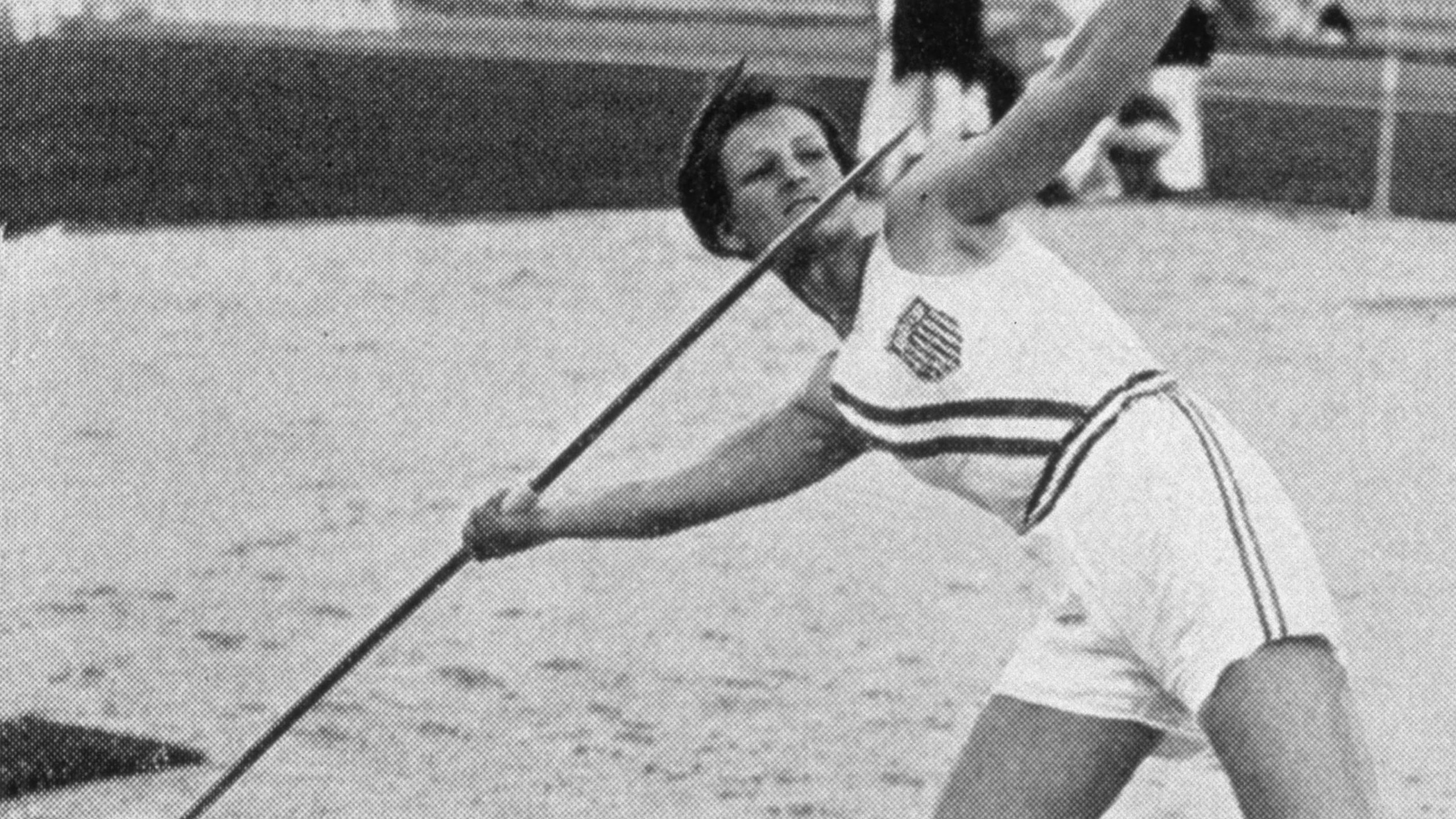 Born in the Gulf Coast city Port Arthur, Texas, on June 26, 1911, Mildred was the sixth of seven children born to Norwegian immigrants. Her father, Ole, was ship carpenter and cabinetmaker and her mother, Hannah, had been an outstanding skier and skater in Norway. When Mildred was four, the family moved to nearby Beaumont, Texas, where young Mildred took to athletics. She excelled in swimming, diving, tennis, volleyball and baseball. After hitting five home runs in a childhood baseball game, she was nicknamed “Babe” [after Babe Ruth, Daily Dose, September 24] and the name stuck. Didrikson attended Beaumont Senior High School, where she starred as a high-scoring forward on the basketball team while becoming an excellent seamstress, winning the sewing championship at the South Texas State Fair. Didrikson dropped out before graduating, moving to Dallas to play basketball for the Employers Casualty Insurance Company AAU basketball team, the Golden Cyclones, in 1930. The team won three AAU national championships and Didrikson was twice named All-American. She took up track and knew her life’s ambition, saying, “My goal is to be the greatest athlete who ever lived.” In July 1932, Didrikson entered the U.S. Olympic Track Trials in Evanston, Illinois, as the lone member of the Employers Casualty team. Over a three hour time span on a sweltering day, she competed in eight events, finishing first in five of them and tying for first place in a sixth. The “one-woman track team” took first place at the meet with 30 points, while the second place team—the Illinois Women’s Athletic Club, with 22 athletes—collected 22 points. The 21 year-old Didrikson had qualified in five events in the 1932 Los Angeles Games but women were only allowed to compete in three at that time, so Babe chose the javelin throw, 80 meter hurdles and high jump. After setting world records in all three events, it was ruled that she had cleared the bar illegally on her final jump, earning her the silver medal to go with two golds.

During the next few years, Didrikson performed on the vaudeville circuit, toured the U.S. giving billiards exhibitions and barnstormed with the bearded House of David baseball team. Didrikson, who could throw a ball 300 feet, pitched for the St. Louis Cardinals in an exhibition game against the Philadelphia Athletics. Looking for another challenge, she turned to golf in 1933, hitting 1,000 balls while practicing ten hours a day. After winning the Texas Women’s Amateur in 1935, the USGA stripped her of her amateur status for having competed professionally in other sports. In January 1938, she became the first woman to compete in a PGA tournament at the Los Angeles Open. Didrikson shot 81-84 to miss the cut but was paired with professional wrestler George “The Crying Greek from Cripple Creek” Zaharias, whom she would marry 11 months later. In 1943– after not playing any other sports for three years– Zaharias regained her amateur status. She won the 1946 U.S. Women’s Amateur, became the first American to win the British Ladies Amateur the following year and claimed three consecutive Women’s Western Opens. Zaharias won 17 straight tournaments between 1946 and 1947, a feat never equaled by anyone, and won the Grand Slam in 1950. She was diagnosed with colon cancer in 1953, underwent surgery, and then proceeded to win the Serbin Women’s Open ten months later. In 1954, she won five events, including her tenth and final major—by 12 shots–at the U.S. Women’s Open before her cancer recurred one year later. Playing a limited schedule, Zaharias won two more events in 1955 before succumbing to her disease in September 1956, just 26 months after her U.S. Open victory.

Babe Didrikson Zaharias had 48 professional wins on the LPGA Tour, which she co-founded in 1949, and won 82 events in her career. She was voted AP Female Athlete of the Year six times; once for track and five times for golf. In 1949, the AP named her greatest female athlete of the first half of the 20th century and noted sports writer Paul Gallico wrote she was, “the most talented athlete, male or female, ever developed by our country.” When the 5’7”, 155 pound Zaharias was asked if there was anything she did not play, she replied, “yeah, dolls.” In 1951, she was voted into the Hall of Fame of Women’s Golf. Two years later, she received the inaugural Ben Hogan Award for courage demonstrated in her comeback from cancer. In 1957, Babe was posthumously given the Bob Jones Award in recognition of distinguished sportsmanship in golf, the USGA’s highest honor. In 1981, the U.S. Postal Service issued an 18 cent stamp commemorating Zaharias and, in 1999, ESPN listed her tenth on the list of Top North American Athletes of the 20th Century and the only female ranked in the top ten.

On this date in 1951, Babe Didrikson Zaharias won the Tampa Open while breaking the Palma Ceia course record to beat Louise Suggs by five strokes.

“She is beyond belief until you see her perform…then you finally understand that you are looking at the most flawless section of muscle harmony, of complete mental and physical coordination, the world of sport has ever known.”– Legendary sportswriter Grantland Rice