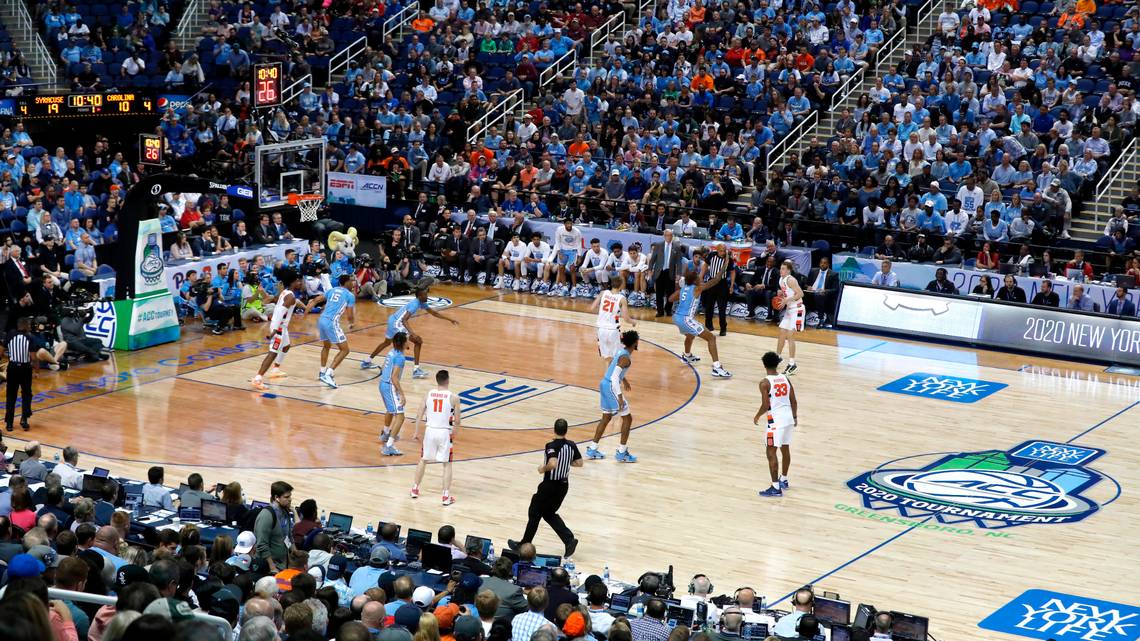 The Atlantic Coast Conference plays the best brand of college basketball on the planet.

Established in June 1953, the ACC was born as a result of the Southern Conference’s [SoCon] ban on post-season football play.  Seven universities – Clemson, Duke, Maryland, North Carolina, North Carolina State, South Carolina and Wake Forest — decided to leave the SoCon and form their own league, becoming charter members of the ACC.  Six months later, league officials admitted Virginia, an original SoCon member that had been independent since 1937, as the conference’s eighth member.

In 1971, South Carolina departed to compete as an independent [later joining the Southeastern Conference in 1991] and the league operated with seven members until the addition of Georgia Institute of Technology [better known as Georgia Tech] in April 1978.  ACC membership reached nine with the inclusion of Florida State in July 1991.  While the addition of these schools marked the first expansions of the ACC since its inception in 1953, the new members were still located within the South Atlantic States.

The landscape of college athletics underwent a monumental shift in 2005, as two dozen schools across America changed conferences.  Three members of the Big East joined the ACC; the University of Miami and Virginia Polytechnic Institute and State University [commonly called Virginia Tech] entered in July 2004.  One year later, Boston College became the Atlantic Coast Conference’s twelfth member and the first from the Northeast.

Expansion madness continued into the next decade, when two more Big East schools – Syracuse and the University of Pittsburgh – signed on with the ACC in July 2012.  Two months later, Notre Dame joined the league, expanding the ACC’s footprint into the Midwest.  Notre Dame’s agreement with the ACC is unique: ND agreed to join in all sports but football and hockey.  Each football season, the Irish play five games against ACC teams yet remain an independent, allowing Notre Dame to retain its $ 15 million television contract with NBC.

Broke and having eliminated seven non-revenue sports, the University of Maryland in 2012 announced plans to bolt the ACC for the riches of the Big Ten.  As a charter member of the ACC with a storied basketball tradition, the move by Maryland was purely economic and has damaged the brands of both the ACC and Big Ten.  To make matters worse, the ACC in 2014 replaced Maryland with Louisville, a school with a rap sheet so long it may become the first to have a national title [2013] vacated by the NCAA.

With the exception of Clemson and Florida State, the ACC has always been a basketball conference – and the finest in the land.

It began when Everett Case – the Gray Fox – arrived at North Carolina State after winning four Indiana state high school championships while coaching in Frankfort.  When Case landed in Raleigh in the late 1940s, North Carolina was college football country.  Playing before record crowds at Reynolds Coliseum, which opened in Raleigh in 1949 as the largest basketball venue in the South, Case’s Wolfpack teams won six Southern Conference championship in seven seasons.  Case then led N.C. State to three straight titles in the newly-formed ACC between 1954 and 1956.

Considered the “Father of ACC Basketball,” Coach Case invented the postseason conference tournament, suggesting the winner receive the then-lone NCAA berth as league champion.  He put North Carolina basketball on the map with the creation of the Dixie Classic, an annual holiday tournament held at Reynolds that featured the state’s “Big Four” [North Carolina, Duke, N.C. State and Wake Forest] and four teams from across the country.  Held from 1949 through 1960, no team from outside North Carolina ever won the Classic.  Case introduced cutting down the nets after a championship and shining a spotlight on players as they were introduced.   He made basketball a craze in Carolina, and the ACC Tournament’s Most Valuable Player award is named in his honor.

In order to compete with the Wolfpack, North Carolina convinced St. John’s head coach Frank McGuire to come to Chapel Hill in 1952.  Realizing the national attention and fan support a rivalry would bring, McGuire and Case manufactured one, often exchanging verbal barbs in public while maintaining a civil working relationship in private.  With a blend of home-grown and New York City talent, McGuire delivered the ACC its first championship, when his Tar Heels beat Kansas to cap an undefeated season with a triple-overtime win in the 1957 NCAA title game.

The ACC has sent 48 first-round draft picks to the NBA and ABA, and the league has featured 22 National Player of the Year award winners.  Several of the greatest basketball players of all time came from the ACC, including Michael Jordan, Tim Duncan, Len Bias, Christian Laettner, James Worthy, David Thompson and Ralph Sampson.

Many of the best coaches in history have prowled the sidelines in the ACC.  Dean Smith won 17 league titles, made eleven Final Four appearances, and won two NCAA championships.  His protégé, current Tar Heels coach Roy Williams, has won three national titles.  Three-time ACC Coach of the Year Dave Odom led Wake Forest to postseason play in all but one of his 12 seasons with the Demon Deacons.  Bobby Cremins won three league crowns and went 354-232 at Georgia Tech.  Maryland’s Lefty Driesell invented Midnight Madness, and guided the Terrapins to 348 wins.

The winningest coach in NCAA men’s basketball history, Mike Krzyzewski, has led Duke to five NCAA titles, while Jim Valvano, Terry Holland and Gary Williams also had a major impact on ACC basketball.  Conference newcomer, Syracuse, has been led by the legendary Jim Boeheim since 1976.

Boasting a rich and renowned hoops history, the ACC has produced 14 NCAA basketball champions.  Defending national champion North Carolina has six titles.  Archrival Duke has earned five NCAA banners, while N.C. State has two.  The only ACC champion not from Tobacco Road is Maryland, who won the crown in 2002 while still a league member.  Louisville has won three NCAA crowns, but none have come since UL joined the conference in 2014.

Beginning with Everett Dean’s N.C. State Wolfpack, the ACC has crowned a champion at its annual season-ending tournament since 1954.  The single-elimination competition takes place the week after the regular season concludes, with seeding based on regular season records.  The tournament winner is considered league champion and receives the ACC’s automatic bid to the NCAA tournament.  Held at Reynolds Coliseum until 1966, the conference’s marquee event has visited a dozen venues in its 65-year history.  The Greensboro Coliseum has hosted the ACC tourney a record 27 times, most recently in 2015.

The 65th annual ACC Men’s Basketball Tournament gets underway today at Barclays Center in Brooklyn.  Three games are on the slate, with the first tipping off at noon ET.  The finals will commence this Saturday night at 8:30 PM ET.